Children’s Health℠ offers one of the longest-running, most experienced pediatric multi-organ transplant programs in the nation. We serve a multi-state referral area for newborns through late teens with transplant programs for heart, kidney and liver transplants, as well as a living donor program that helps save lives by matching donors with recipients in need.

As one of the country’s largest comprehensive pediatric transplant programs, we are dedicated to patient- and family-centered care that produces outcomes that exceed national standards.

Learn more about our outcomes and read our 2018 Annual Outcomes Report.

Refer a Patient with Transplant Center

Our team of transplant specialists includes surgeons, physicians, nurses, dietitians, social workers, child life specialists, chaplains, pharmacists and psychologists who all work together to provide the highest level of care possible before, during and after your child’s transplant. This collaborative approach will ensure your child’s physical, emotional, psychological and developmental needs are met during the transplant process.

Our programs also offer support to your family when your child moves from pediatric to adult care, ensuring a smooth transition for everyone. Learn more about transitioning to adult care.

Giving families the tools for success

We understand that going through the transplant process can be stressful and overwhelming for your entire family. Our team of professionals prepares you with the knowledge and training you need for a successful transplant experience. These online resources also provide helpful information: 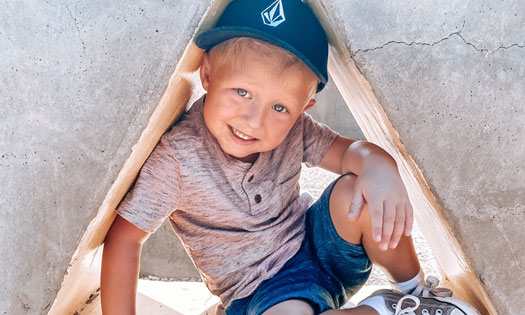 Miloh enjoys an active childhood after a liver transplant

Megan had what most would consider a textbook pregnancy with her firstborn son, Miloh. Though he spent several hours in the NICU after delivery because of fluid in his lungs, he was soon back in the hospital room with his mom and went home just a few days later, happy and healthy. 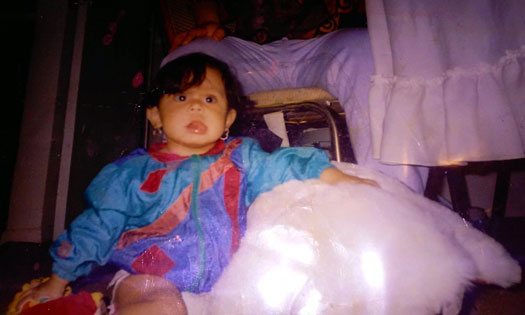 Once a transplant patient at Children's Health, Monse now gives back as a nurse

Shortly after Monse was born, she started displaying symptoms that something was wrong with her liver. She was admitted to Children‘s Medical Center Dallas and diagnosed with biliary atresia, a serious condition which occurs when the bile ducts are blocked or don't function normally, causing bile to back up in the liver. Though biliary atresia can often be repaired through a surgical procedure known as the Kasai procedure, Monse's liver was so badly damaged that doctors determined a liver transplant was her only option. She was placed on the transplant list and remained in the hospital while her family awaited news of a donor.

Read more about Once a transplant patient at Children's Health, Monse now gives back as a nurse

Daniel lives life with purpose after a liver transplant

Daniel comes from a long line of athletes. His grandfather was a successful track and field athlete who represented Colombia at the national and international level. His mother was also a dedicated athlete who taught him the importance of making healthy choices and staying active from a young age. Throughout his childhood in Colombia, Daniel was surrounded by family members who supported his healthy lifestyle and pursuit to become one of the top BMX athletes in Colombia by the age of 13. 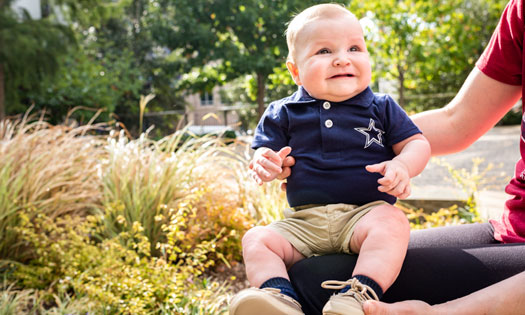 A liver transplant gives an infant a new chance at life

Despite being born five weeks early, Davis appeared to be a healthy and strong baby boy. But soon after going home, his parents, Anna and Frankie, noticed that Davis appeared to be showing signs of jaundice. When Davis stopped eating, the new parents brought their son to an emergency room in Fort Worth. 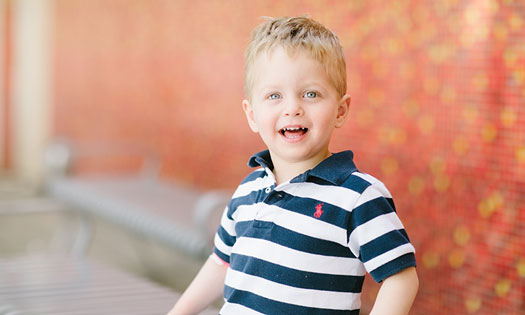 Born with biliary atresia, Cooper thrives under the care of liver experts at Children's Health

When Cooper was 2 weeks old, he began showing signs of jaundice, a common condition in which a newborn's skin appears yellow due to increased levels of bilirubin in their blood. Typically, the condition improves as the baby's liver begins functioning as it should. However, when Cooper's symptoms persisted at his 2-month check-up, his pediatrician suggested they check his blood levels to determine the cause.

Read more about Born with biliary atresia, Cooper thrives under the care of liver experts at Children's Health 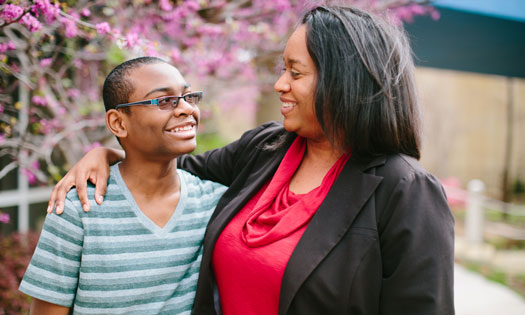 Since Tara's son was born with a kidney condition, she knew he would probably need to receive a transplant. However, she never expected to be on the other side of the transplant experience. 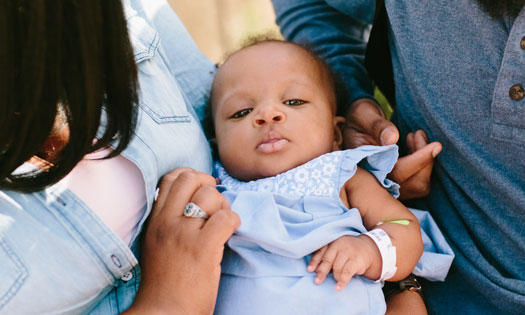 A new heart for Ivanna

Seven-month-old Ivanna now smiles at her mom, Valarie, and babbles while lifting her head during tummy time. Only five months ago, Valarie questioned if these milestones would be possible.

Read more about A new heart for Ivanna 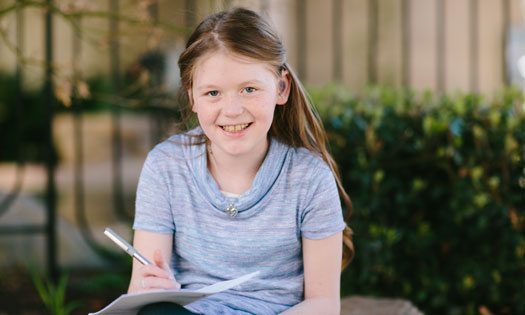 Abby thrives after a multivisceral transplant

Denay shares an unexplainable bond with 11-year-old Abby. Their paths crossed because of a decision Denay made after her 5-month-old daughter passed away.

Read more about Abby thrives after a multivisceral transplant 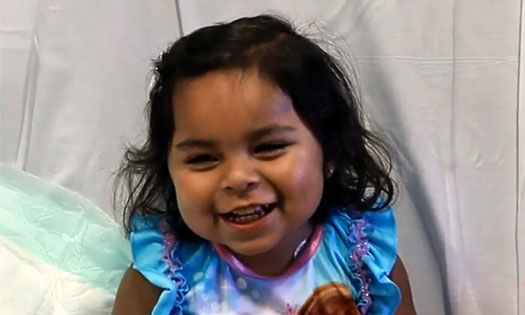 Aliyah's journey to a new kidney

Aliyah's final dialysis treatment was on Father's Day 2015 – one day before she received the new kidney that would change her life. Coincidentally, it was her father, Daniel, who provided that lifesaving kidney after finding out he was a match for his young daughter.

Read more about Aliyah's journey to a new kidney 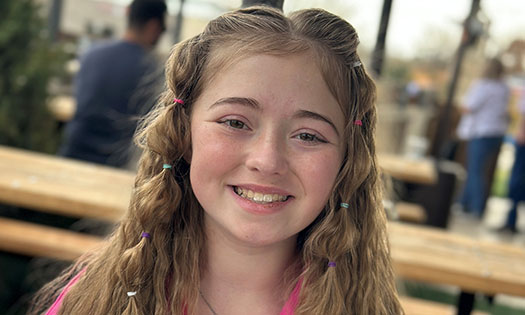 A kidney transplant gives new life to a young girl

Ashley was just 20 weeks pregnant with her first daughter, Charley Rae, when an ultrasound revealed that one of Charley Rae's kidneys was dilated and larger than the other. But when doctors evaluated Charley Rae immediately after delivery, they found nothing abnormal. Ashley and Charley Rae were soon discharged and returned to their home in East Texas, with instructions to follow up with her pediatrician.

When Jireh was 14 years old, his mom Sharonda rushed him to the doctor on a weekend because she was afraid he was having an extreme allergic reaction to something he had eaten. His face had swollen up significantly and, initially, his doctor came to the same conclusion but asked for a urine sample just in case. To everyone’s surprise, the urinalysis detected there was blood in the sample, and Jireh was referred to Children’s Health for additional testing. 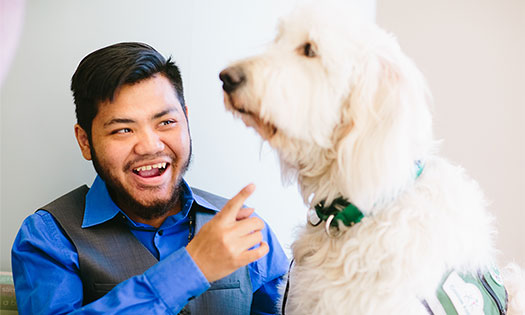 Meet the healing power of Badger, the therapy dog

Sam loves his dog, Cookie. When he stayed at Children’s for eight months last year waiting for his second intestinal transplant, he missed his sidekick.

Read more about Meet the healing power of Badger, the therapy dog