Once a transplant patient at Children's Health, Monse now gives back as a nurse

Inspired by the care she received as an infant, Monse pursued a nursing career to help others 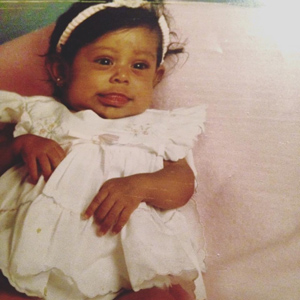 Shortly after Monse was born, she started displaying symptoms that something was wrong with her liver. She was admitted to Children‘s Medical Center Dallas and diagnosed with biliary atresia, a serious condition which occurs when the bile ducts are blocked or don't function normally, causing bile to back up in the liver. Though biliary atresia can often be repaired through a surgical procedure known as the Kasai procedure, Monse's liver was so badly damaged that doctors determined a liver transplant was her only option. She was placed on the transplant list and remained in the hospital while her family awaited news of a donor.

"I practically lived at the hospital for the first year of my life," Monse says.

Finally, in September 1994, when she was just around 1 year old, Monse's family received the life-changing news they had been longing for: A liver was available. Monse's transplant surgery was successful, and after recovering in the hospital, she was finally able to return home for good.

Monse was closely monitored by a team of specialists at Children's Health℠ throughout her childhood and remained healthy. Though she doesn't remember her hospitalization, it made a lasting impact on her life.

"My mom would always tell me stories about the nurses that took care of me, and also how they took care of her during that time, and it always stuck with me," Monse says. "My freshman year of high school, I realized I wanted to pursue a career in nursing." 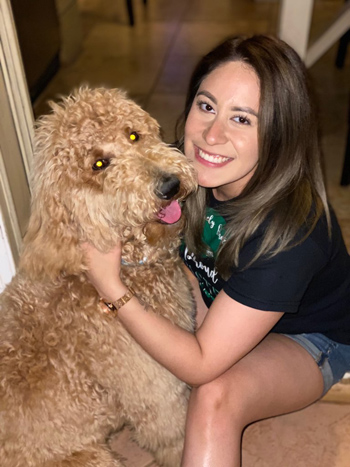 In high school, Monse joined Health Occupation Students of America, where she had opportunities to learn how hospital systems work and observe in hospital settings. She says watching the nurses interact with patients confirmed her career path. Monse soon earned her nursing degree and began working at a local Dallas hospital.

In 2017, however, Monse learned a nursing position was open at Children's Health. There was no question in her mind that it was time for her to come "home" to make life better for children.

For the past three years, Monse has done just that, working in the Emergency Department at Children's Medical Center Dallas and taking steps towards her goal to become a Nurse Practitioner. Though she takes extra precautions to protect her immune system as an organ transplant recipient, she says the hospital's already strong commitment to infection control and the support of her team members has helped keep her safe and healthy as she cares for her patients.

"I love my job," Monse says. "It's so wonderful to have a chance to give back the love that was shown to my family so many years ago."

In fact, in early 2020, 26 years after her live-saving surgery, Monse was able to reconnect with one of the very nurses who cared for her as an infant, Geneva Burnap, RN.

"She was my Monse," Burnap said in a telephone interview to tell about this reunion. "I had always wondered what had happened to Monse, because I always remembered her and her parents."

Monse says she enjoys the opportunities at work she has had to encourage other young patients dealing with chronic health issues, reminding them to never give up.

"I remind them that anything is possible, especially with God, and if someone says otherwise, to raise your head up and prove them wrong," she says. "Always keep your health in mind, make yourself a priority to become the greatest person you strive to be. I believe that hard work, empathy, passion and motivation can get you far in your future accomplishments."

Children's Health offers one of the longest-running, most experienced pediatric multi-organ transplant programs in the nation. Learn more about our Pediatric Transplant Program and services.