A kidney transplant gives new life to a young girl

Faced with no functioning kidneys, Charley Rae received the care she needed at Children's Health

Ashley was just 20 weeks pregnant with her first daughter, Charley Rae, when an ultrasound revealed that one of Charley Rae's kidneys was dilated and larger than the other. But when doctors evaluated Charley Rae immediately after delivery, they found nothing abnormal. Ashley and Charley Rae were soon discharged and returned to their home in East Texas, with instructions to follow up with her pediatrician.

For the next few months Charley Rae had no issues, but at around 3 months old, she and her mom traveled to Shreveport, Louisiana, to meet with a specialist who would take a closer look at her kidneys. After a series of tests, the specialist discovered that Charley Rae's right kidney was not functioning at all – it was news that came as a shock to her family.

"Up until that point, all of Charley Rae's tests and ultrasounds had come back clear," says Ashley. "We were definitely all very surprised." 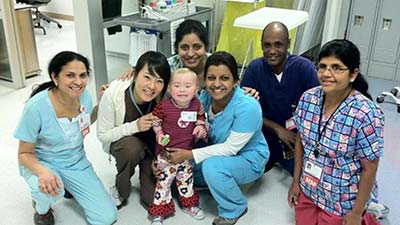 Charley Rae's doctor told the family that they would continue to monitor her kidney over the next year, but if its condition didn't improve, it would need to be removed. When Charley Rae was 15 months old, after a year of no improvement, she underwent surgery in a Louisiana hospital to have her right kidney removed. Unfortunately, during the surgery, Charley Rae's left kidney was compromised as well, leaving her with no kidneys after surgery.

Charley Rae was quickly transferred to the Pediatric Nephrology Department at Children's Health, where she began regular dialysis treatments in Dallas.

"She had dialysis six days a week for the next year until her doctors felt she was healthy and old enough for a kidney transplant," says Ashley.

A community comes together to support Charley Rae

As her mom, Ashley was a perfect match to be a donor, but the care team encouraged the family to look for an outside donor so Ashley would be available to care for Charley Rae as she recovered from the transplant, instead of recovering from surgery herself. Fortunately for Charley Rae, they didn't have to look very far.

"We're from a small town, and anytime a family experiences a tragedy like ours, our community rallies together to support each other," Ashley says. "There were people reaching out from our community and all over the United States to see how they could be tested to be a donor for Charley Rae."

Ultimately, Ashley's high school friend and former cheer team member, Jessica, was chosen as a donor, and on Nov. 7, 2011, Charley Rae received a new kidney. Her mom says that within 24 hours, she was an entirely different kid and looked completely healed. 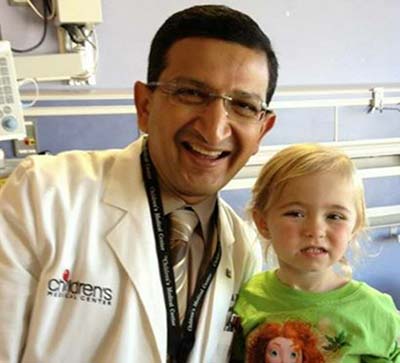 "Jessi's pure, selfless act of love gave my baby girl a chance to live a normal life," says Ashley. "She is not just our friend; she's family. She and Charley will always have a special relationship, and every time I see them together, my heart wants to jump out of my chest."

Charley Rae recovered in the hospital for a couple weeks after surgery, but was soon sent home to begin life again as a typical 2-year old.

"Not only is kidney transplantation a life-saving procedure for patients with end-stage renal disease, it gives children back their childhood," says Dev Desai, M.D., Head of Pediatric Abdominal Transplantation at Children's Health and Associate Professor at UT Southwestern. "Charley Rae was very fortunate that she had a living donor, which allowed her to receive her transplant very soon after she was healthy enough to undergo surgery. Unfortunately, not all children have living donors. Some patients have to wait one to two years to receive a transplant, which can lead to medical, developmental and social difficulties."

Seven years later, Charley Rae is proud of her past 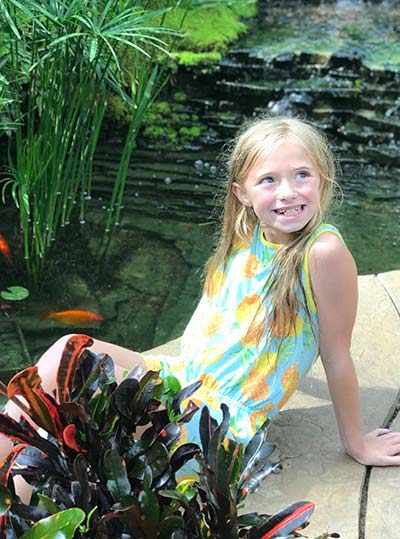 Nearly seven years later and just starting third grade, Charley Rae is still closely monitored by the Pediatric Nephrology Department at Children's Health as she will most likely require a second kidney transplant later in life. But were it not for her scars, which Charley Rae is proud of because they make her special, one would have no idea of the challenges she has faced as a young girl.

In fact, Ashley says that Charley Rae succeeds at whatever she loves, whether it's dance and gymnastics, softball or her newest hobby, horseback riding – thanks to a week at Camp Reynal, a summer camp for children with renal and urology disease.

"I know God has always had a plan for Charley Rae," says Ashley. "During the time, it was hard to not get angry about her circumstances, but after seeing how her story has already impacted so many people, it makes me believe it was all for a purpose."

Children's Health offers one of the largest comprehensive pediatric transplant surgery programs in the country. Our team of experts offer a multidisciplinary approach to care that supports a child's unique physical, emotional, psychological and developmental needs. Learn more about our transplant program and services.