Miloh enjoys an active childhood after a liver transplant

Diagnosed with biliary atresia as a newborn, Miloh and his family traveled to Dallas for a life-saving liver transplant and expert care

Megan had what most would consider a textbook pregnancy with her firstborn son, Miloh. Though he spent several hours in the NICU after delivery because of fluid in his lungs, he was soon back in the hospital room with his mom and went home just a few days later, happy and healthy.

At his 2-week check-up, however, Miloh's bilirubin count was extraordinarily high. He was immediately admitted to a hospital in his hometown of Austin, Texas, where doctors worked to determine what was going on. He went home a week later but returned to the hospital for exploratory liver surgery when he was just 5 weeks old.

"Doctors wanted Miloh to be at least 11 pounds before they did any type of exploratory surgery, so we just had to wait and see while he gained more weight," Megan says.

During surgery, doctors confirmed that Miloh had biliary atresia, a serious condition affecting the bile ducts in his liver that was causing cirrhosis, or scarring, of his liver. The scarring was so bad that Miloh would need a liver transplant.

"Miloh's doctor explained that his liver wasn't filtering out the things that it needed to and was probably already scarring while he was in utero," Megan says. "The news brought so many mixed emotions."

Miloh and his family find expert care at Children's Health

Miloh was referred to Children's Health℠, where he and his family met Dev M. Desai, M.D., PhD, Chief of Pediatric Transplantation at Children's Health and Professor of Surgery at UT Southwestern. Dr. Desai evaluated Miloh, and a team of nurses, dietitians, social workers, psychologists and others walked Megan through what to expect throughout the transplant process.

For the next year and a half, Miloh was in and out of the hospital as Megan anxiously awaited a call that a donor liver was available. He began physical therapy at home to build up his strength.

"Any little thing could put him back in the hospital," Megan says. "He would get rashes or a fever or even had internal bleeding that could cause him to stay for months at a time."

Finally, shortly before Miloh's second birthday, Megan got the call she had been waiting for: There was a liver for Miloh, and it was time to go to Dallas. 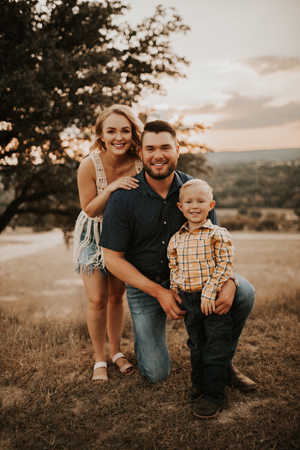 "I was running an errand when I got the call," Megan says. "I called my mom to ask her to pack our bags and get Miloh ready so we could leave as soon as I got home. She called every county between Austin and Dallas to explain the situation, and we even had a police escort on I-35 at some points because we were in such a time crunch."

When Miloh arrived at Children's Medical Center Dallas, the team began preparing Miloh for surgery. Megan says by the time they took Miloh back, her body just felt numb.

"We had been going full-speed ahead all day to get to Dallas and prepare for surgery and then once they took him back for surgery I knew all I could do was just sit and wait for the next 12 hours," she says.

However, the wait was worth it. Miloh's transplant was a success, and Megan began to see improvements right away.

"Immediately after he opened his eyes, we could see they were clear instead of yellow," Megan says.

Miloh recovered from surgery with no complications and left the hospital 11 days later. He and Megan stayed in the Ronald McDonald House of Dallas for three weeks to be close to the hospital for regular check-ups with Dr. Desai before returning home to Austin just one month after his transplant. Megan and Miloh continued to visit Dallas for regular check-ups with Dr. Desai as Miloh continued to grow stronger each day.

Miloh thrives after his liver transplant

Now, nearly five years later, Miloh's progress is still closely monitored by Dr. Desai, and he will remain on medication to keep his body from rejecting his donor liver for the rest of his life. 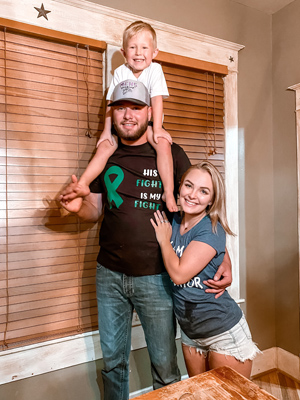 "Miloh did very well after the transplant and continues to thrive," says Dr. Desai. "We continue to follow him to be sure his liver remains healthy, and we are now able to see him in Austin, close to his home, so he does not have to miss school and his family does not have to take time off of work to travel to Dallas. We strive to provide not only the best care but also care that is patient-centered."

Today, Miloh is an active 5-year-old who loves anything to do with vehicles, sports, and going hunting and fishing with his grandpa. He wants to be a utility lineman when he grows up so he can help people and enjoys visiting his friends at the Mexican restaurant in his neighborhood.

Other than a scar on his abdomen, one would never know of the challenges he faced at such a young age – a fact Megan is immeasurably grateful for.

"We are so lucky and so blessed," she says.