Abby thrives after a multivisceral transplant

Denay shares an unexplainable bond with 11-year-old Abby. Their paths crossed because of a decision Denay made after her 5-month-old daughter passed away.

"There was no reason not to donate Kylie Grace's organs," Denay says. "Why would I want another mom to go through losing her child?"

Kylie Grace now lives on through the lives of those she saved. Denay says meeting Abby was a turning point for her in the grieving process.

"When I met Abby and her family, it was like we had always known each other," Denay says. "I couldn't have hand-picked a better family to have in our lives. After Kylie Grace passed away, I had spent all my time stuck in my room and not talking to anyone. I don't know if I would be as okay today as I am if I didn't have Abby in my life." 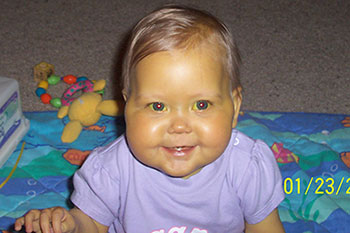 Abby was born at 32 weeks gestation weighing nearly four pounds. She stayed in the Neonatal Intensive Care Unit at the hospital where she was born. Exploratory surgery at 7 days old revealed Abby had only one-third of her small intestine and one-fourth of her large intestine. She was diagnosed with short gut syndrome. At 3 months old, Abby was discharged but six days later she developed a fever. Randi and Blue rushed their baby to Children's Health℠.

The following months resulted in long stays at the hospital for a variety of symptoms, and Abby continued to receive nutrition through an IV. After discovering a stricture (abnormal narrowing of a canal or duct in the body), pediatric surgeons removed part of Abby's small intestine. A couple of months later, Abby's stools turned white which prompted doctors to perform a liver biopsy. Results from the biopsy revealed a severely damaged liver. Abby had intestinal failure with end-stage liver disease and needed a transplant to survive.

Abby's would be the first multivisceral transplant performed in Texas.

"It is a complex surgery, and the number of suitable donors is rare," says Dev Desai, M.D. Program Director of the Solid Organ Transplant program at Children's Health and Associate Professor at UT Southwestern.

Randi and Blue felt confident in the doctors at Children's Health, but they wanted to be sure they were making the right decision. They traveled to another transplant center and ultimately felt that Children's Health was the place for Abby.

Just as they were moving forward with the transplant process, Abby developed a sudden life-threatening condition. She was enduring intestinal bleeding so she spent Christmas and New Year's in the pediatric intensive care unit. Once the bleeding was under control and she stabilized, Abby was listed for a transplant. A month later, organs became available. Randi and Blue got the call at 5:30 a.m. and headed to Children's Health with Abby and her older sister, Jaci.

"My first thought was someone just lost their baby," Randi says. "On the way to the hospital, I prayed for that family."

After undergoing the pre-transplant testing, Randi carried Abby to the operating room.

"She was extremely yellow but beaming and completely happy – like she knew something good was going to happen." 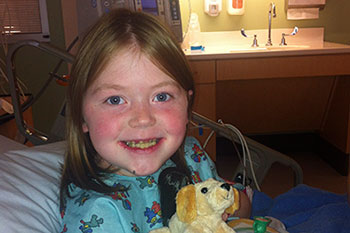 Surgery began eight days before Abby's first birthday. She would receive a liver, pancreas and intestine. The most critical point of the surgery was connecting the liver and main arteries and veins – a job that required the surgeons to be extremely meticulous.

Randi says family filled the waiting room and that support was extremely beneficial. A couple of hours after Abby went into the operating room, Randi and Blue had the chance to see her old liver.

"It was so big and the color looks pasty," Randi says. "We saw a picture of the donor liver and how healthy it looked. It was amazing to see what she lost and what she was given."

After Randi and Blue received the call that the liver was connected and had started working, they breathed a sigh of relief. Ten hours after Abby entered the operating room, she was transported to the ICU in stable condition with minimal blood loss. Randi says six hours after the transplant was completed, they noticed a positive difference in her skin color.

Fighting for her life

One week later, Abby developed sepsis, a life-threatening blood infection. During emergency surgery to rule out any other issues, Abby built up excess fluid.

"The surgeon came into the waiting area and told us it would be a miracle if she made it," Randi says. "You could barely see her because she was hooked up to so many machines."

For three weeks, Abby fought for her life. After the third week, she turned the corner and slowly began improving. Doctors removed the breathing tube and she was transported out of the ICU six weeks post-transplant. Intestinal biopsies were performed twice a week with no rejection; the liver was functioning perfectly. After Randi and Blue learned how to care for her at home, discharge day arrived.

"It took an army of people to take care of her," Randi says. "It was really stressful, but we had so many prayer warriors."

A long road to recovery 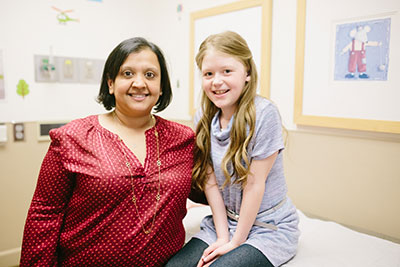 During the next four years, Abby's road to recovery was challenging. She developed osteopenia from steroids, began an inpatient feeding program at age 3, worked with therapists to learn how to talk and walk and received medications through an IV. Rejection set in a couple of times as well, causing her to need more steroids.

"Our girl is so resilient and strong," Randi says. "No matter what she goes through, she always has a smile on her face and is gracious and thankful."

When Abby began learning how to walk, Randi says it was then that they realized she was extremely fragile. She would pull up to stand at the couch and then fall, resulting in a broken femur bone. She undergoes infusion treatments to help strengthen her bones and visits every one to two months to see Nandini Channabasappa, M.D., a pediatric gastroenterologist at Children's Health and Associate Professor at UT Southwestern, who says Abby is doing great because of the selfless gift from the donor family and the amazing support from her family and friends.

"It amazes me that the donor family was still thinking of other children through their grief and wanted to give them a chance at a normal life," Dr. Channabasappa says.

Today, Abby is thriving and the 25 medications she went home on have been reduced to 13. She recently celebrated the 10-year anniversary of her transplant surgery with a party at Children's Health. Family, friends and caregivers came to honor her. 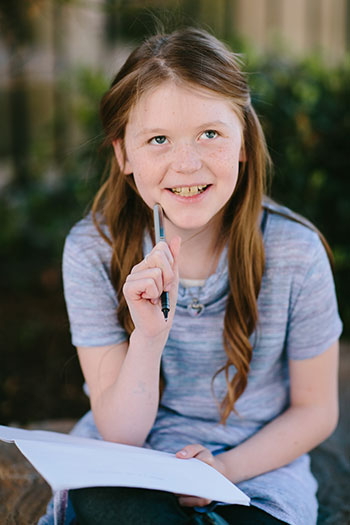 "Abby never did anything by the book." Randi says. "The staff at Children's Health have been amazing through it all. Everyone from the doctors and nurses to the cafeteria ladies and housekeeping staff is like a second family to us," Randi says. We can hardly walk down the hall without someone knowing her."

Abby loves being with her three sisters, especially playing the role of mommy to the 6-month-old. In October 2016, Abby began her favorite activity – cheering on the Superstarz, a special needs squad. Cheerleaders from other squads at the gym volunteer to help the girls. After her first cheer competition in February 2017, Abby was all smiles as she received medals and a cheer jacket.

In the midst of a busy schedule, Abby always finds time to talk with Denay or "Nay Nay." She recently got a phone for her birthday and texts or video chats with Denay multiple times every week. Even though the two families live in different states, they get together often and consider each other family.

"After Kylie Grace passed away, I thought of all the firsts I would miss like her first steps, first day of school and first time cheerleading but I have pictures and get to see Abby doing all of this," Denay says. "I don't miss my child any less, but it helps so much to be able to see Abby grow and have a relationship with her. There isn't anything better."

We recognize that every child is unique and we aim to find management strategies that work for the entire family. Our recommendations are accompanied by extensive training for family members and care providers to help manage long-term medical needs and enjoy the best quality of life.