A new heart for Ivanna

Seven-month-old Ivanna now smiles at her mom, Valarie, and babbles while lifting her head during tummy time. Only five months ago, Valarie questioned if these milestones would be possible.

"It's a miracle that she's alive," Valarie says.

When Valarie was 38 weeks pregnant, she began seeing flashing lights and was admitted to the local hospital in Shreveport with high blood pressure. During routine monitoring of Valarie's baby, doctors discovered an irregular heart rate. Valarie would need to deliver immediately. After birth, an echocardiogram revealed Ivanna's enlarged heart was not pumping blood like it should. At 2 days old, a team flew Ivanna to Children's Health℠. Doctors there diagnosed her with cardiomyopathy and explained her treatment plan to Valarie – trying beta blocker medications first and if those did not work being listed for a heart transplant. At first, the medications seemed to be working. But then Ivanna's heart rate skyrocketed, and she was moved to the Cardiac Intensive Care Unit.

"At that point, everything got worse," Valarie says. "Ivanna had irregular rhythms and her heart rate would go really high while her oxygen levels lowered. She was being shocked multiple times a day. I was scared to touch her because every time I did, her heart rate would go up. I had faith that God was going to make it work, but I sometimes wondered why I was given this gift just for it to be taken away."

Journey to a new heart 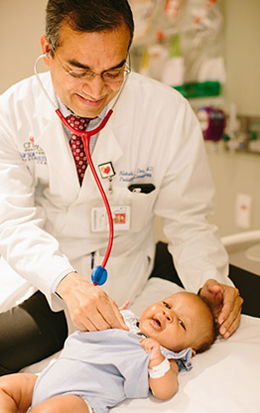 Valarie met with the heart transplant team, and Ivanna was listed for a new heart. Jodi McDermott, RN, met with Valarie as she would be Ivanna's primary heart transplant coordinator. She helped to educate the family about how to care for Ivanna, the risks associated with transplant, what life after transplant would be like, all the medications Ivanna would be taking and what they were used for, general health maintenance techniques and many other topics. Valarie drove to Shreveport twice a week to attend classes while her fiancée stayed with Ivanna. Despite medical management, Ivanna had worsening symptoms of heart failure and bad ventricular arrhythmias. She had required cardioversion on multiple occasions to resuscitate her heart.

"Ivanna had a very sick heart and had a very grim prognosis if she did not receive a new heart," says Timothy Pirolli, M.D., a cardiothoracic surgeon at Children's Health and Assistant Professor at UT Southwestern.

Valarie remembers one Sunday sitting in the hospital room when Ivanna stopped breathing and a team worked to save her life. Ivanna began breathing again and was put on a ventilator to let her heart rest while waiting for a new one. Soon after, the 2-month-old underwent surgery and received a pacemaker. One week later, on a Tuesday night Valarie will never forget, she answered the phone to hear the news that a heart was available. After 40 days on the transplant list, Ivanna would receive her gift of life. 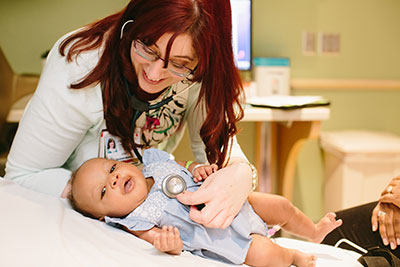 "I screamed and jumped up and down," Valarie says. "I called my mom and best friend and drove to Dallas as fast as I could." Throughout all the excitement, the donor family was not far from Valarie's thoughts.

"Knowing my baby was only 2 months old, the donor family's baby was tiny too," Valarie says. "What a blessing they gave us. I really would like to meet them someday."

Jodi says she feels a sense of responsibility to help the families take care of their new heart.

"The donor families are the true heroes in transplant," Jodi says. "They offer to the world a wonderful gift in their time of grief. It is my duty to honor that gift and ensure that it is well taken care of. I want our recipients to live full and productive lives, to succeed and thrive with their second chance."

Here for a purpose

Ivanna was wheeled to the operating room. Once the team that went to procure the donor heart returned to Dallas, Ivanna's native heart was placed on cardiopulmonary bypass and removed. Dr. Pirolli sewed the new heart from the donor into Ivanna. 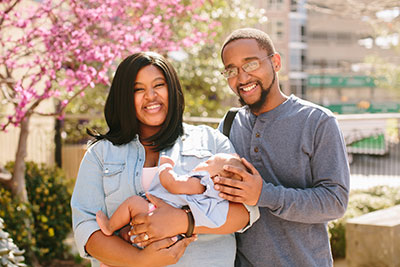 "All the connections of the new heart to Ivanna's blood vessels looked great, and due to her small size we decided to temporarily leave her chest open with a sterile patch over it and then close the chest two days later once the swelling of the heart had decreased," Dr. Pirolli says.

Valarie saw photos of Ivanna's old and new heart. She says it made her even more thankful once she saw the difference between Ivanna's heart and the healthy one.

"As devastating as it is for anyone to lose a loved one, families that opt to donate their child's organs for transplant can find some solace in the fact that a recipient like Ivanna can live many years," Dr. Pirolli says. "It impresses me immensely to find that during a time of great tragedy and grief, a family can gather the strength to decide to donate their child's organs. It truly is a noble and heroic decision and I don't know if these donating families understand how much they can impact other families' lives with this brave decision."

A couple of weeks after the transplant, Ivanna came off the ventilator and began breathing on her own. Ivanna's recovery continued as she left the hospital and headed to her new home away from home at the Ronald McDonald House of Dallas. Ivanna visited Children's Health often for the next month before returning home to Shreveport.

As Ivanna's primary coordinator, Jodi made sure she could receive all her needed medications, supplies, and therapies once she was discharged. While the physicians and nurse practitioners oversee all the patient's care, the transplant coordinator remains the consistent voice and resource for families to come back to. Jodi sees Ivanna and her family at each clinic visit and continues to help organize procedures and home therapy in the outpatient setting.

The 12 medications Ivanna went home on have been reduced to five, and she visits Children's Health once a month now. Since weaning off her pain medications, Valarie says Ivanna is like a new baby.

"You would never know she had a heart transplant," Valarie says. "She is active, smiling and participating in therapy."

"Ivanna's gift of life came just in time. Obviously, she is here for a purpose."