Our team focuses on both pulmonology and gastroenterology to give your child the most thorough cystic fibrosis treatment possible.

When your child has cystic fibrosis (CF), the CFTR protein that causes thick mucous in the lungs also causes thick mucus in the gut that hinders appropriate digestion. Our team of experts believes that effectively treating cystic fibrosis means focusing on both the pulmonary aspects of the disease and the resulting digestive tract complications. This approach is what sets the Claude Prestidge Cystic Fibrosis Center apart from other programs. We have two co-directors: one is a gastroenterologist, and one is a pulmonologist. Our goal is to provide your child with the most comprehensive care possible while giving you access to the top experts in the field. Annually, we care for about 300+ infants, children and adolescents, providing all of the services your child needs.
Learn more about Cystic Fibrosis 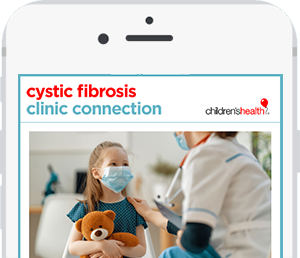 Join us in discovering what’s new in the Children’s Health Cystic Fibrosis Program by signing up for our quarterly newsletter. You’ll be the first to get insights on living with cystic fibrosis, research updates and more.

Our coordinated approach and experienced care team offer you resources, knowledge and peace of mind that your child is receiving the best care possible. We know that treating cystic fibrosis can be complex. Our child-centered environment and caring team focus on meeting all of your child’s needs under one roof, giving them the highest level of care and saving time for your family.

In addition to pulmonology and gastroenterology, your child will have access to specialists from endocrinology, otolaryngology (ENT), general surgery, nephrology, and infectious disease. We also offer a multidisciplinary care team including:

From our first appointment, now 11 years ago, we’ve had a huge care team of people that have become just like family to us.

In addition, our state-of-the-art pulmonary function lab, which is used to guide effective treatments, will come directly to your child’s exam room to ensure the highest level of infection control.

As part of the Cystic Fibrosis Therapeutics Development Network, we offer patients access to cutting-edge research and clinical trials.

The Cystic Fibrosis Therapeutics Development Network, is the largest cystic fibrosis clinical trials network in the world. Because of our affiliation with this network, your child will benefit from the latest drug trials, clinical studies and a wealth of research in cystic fibrosis treatment. Sharing information collaboratively with other network treatment centers has helped us continuously improve patient outcomes – our rates of cystic fibrosis flare-ups have fallen while our patients’ pulmonary function has risen.

Our physicians also serve as faculty at UT Southwestern, leading the next generation of doctors and advancing the standard of care for cystic fibrosis. Your child will be in good hands with our team. 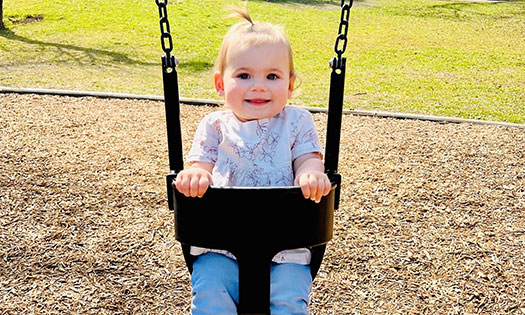 In many ways, Kinsey’s first year has been just what her parents, Lindsey and Cory, expected it to be. Her birth and delivery were free of any complications, and she remained in the 95th percentile for height and weight. She spends most of her waking hours cruising around her house, chasing her big sister Brynley and checking out the dog bowls to see if they’ve left anything behind. But, because of a genetic condition, her day-to-day routines to manage her disease set her apart from her peers. They involve breathing treatments and daily medications that will likely be a part of her regimen for the rest of her life, but her family is determined to not let it define her future. 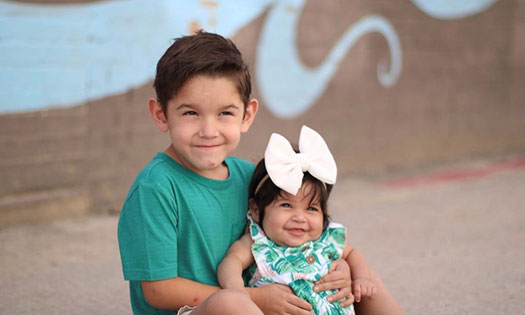 Sebastian, or "Bash," as his family and friends call him, is an active young boy who makes friends easily, says what’s on his mind and is the happiest when he’s swimming or running around with friends. He recently joined the track team and was determined to do his absolute best – even if he was the smallest and youngest competitor in the field. 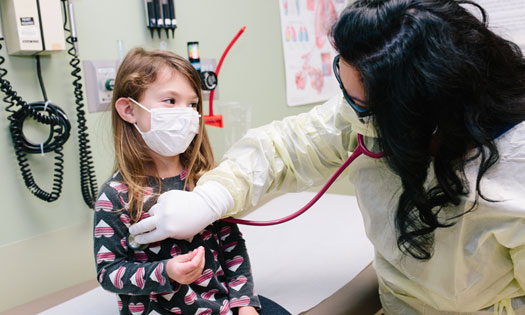 When Sadie was pregnant with her daughter, Quincy, all signs pointed to a happy and healthy baby. So when Quincy's pediatrician informed her family that an abnormality had shown up on her newborn screening, it took everyone by surprise. 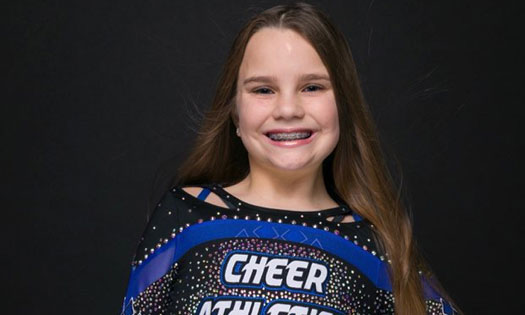 When Ami was pregnant with her second child, Ireland Kate, she and her husband, Mark, assumed the experience would be similar to her first pregnancy with their son, Landry. 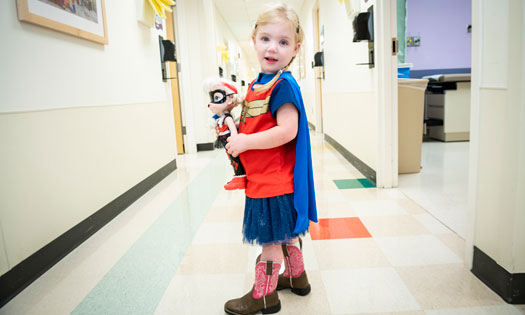 Klara's bravery through cystic fibrosis makes her a real-life superhero

When Misti was pregnant with her daughter, Klara, her obstetrician noticed a cloudy spot on Klara's small intestine during a routine ultrasound. Misti's doctor informed her that there was a chance Klara would be born with cystic fibrosis (CF), an inherited genetic condition that affects mucus production in the lungs and digestive tract, and suggested that both Misti and her husband, Richard, undergo genetic screening. The test confirmed that both Misti and Richard were CF carriers, which meant there was a 25% chance that Klara would be born with the condition. 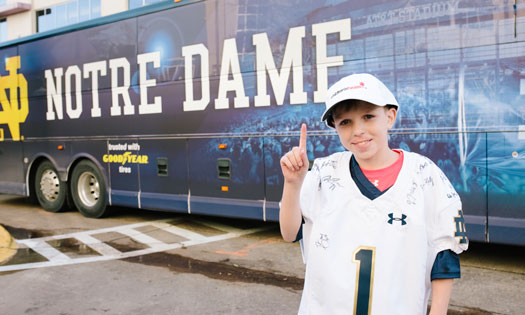 Henry loves sports. He's an endless supply of sports trivia knowledge and you'll often find him playing his favorites: basketball and football. When you see him in action, it's hard to imagine that he has any health issues, but Henry's daily routine involves taking around 40 medications and three breathing treatments. As a baby, Henry was diagnosed with cystic fibrosis (CF) – but with his dynamic spirit and a supportive family and care team, he's never let the condition hold him back. 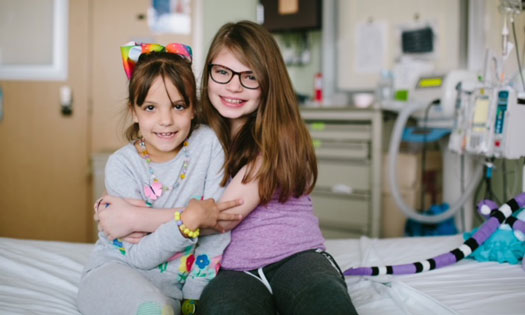 Sisters Melissa and Makayla have a lot in common. The 11- and 8-year-olds are both passionate about performing, enjoy riding bikes and love playing with their three-legged rescue dog named Amethyst. They also both have cystic fibrosis. 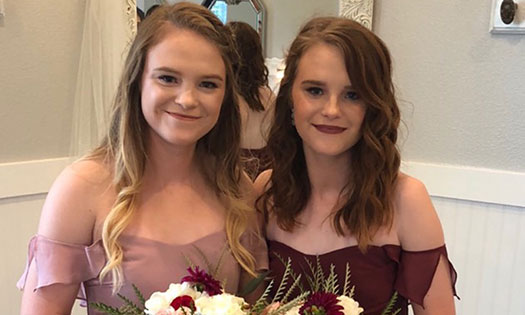 Macee and Madi are identical twins who not only share a birthday but also the same disease - cystic fibrosis (CF). Despite the daily routine of breathing treatments, chest therapy and medications, the teenagers do not let CF slow them down.

To keep everyone safe in the Pulmonary Division, face masks are required for patients, families, visitors and those providing care in all Pulmonary areas, including waiting areas.

If you need a mask, please request one from any of our team members. Thank you for helping us all stay safe!