Children explore the world with their hands. As young adults, they use their hands to practice and perfect their skills and talents, from the sports field to the orchestra hall. Drawing upon in-depth experience and using advanced technology, our team treats infants, children and adolescents so they can heal and recover.

Treating everything from dislocations and fractures to infections and congenital conditions, our pediatric hand surgery program in Plano and Dallas welcomes hundreds of patients each month for first-time visits, surgical intervention and rehabilitation and therapy.

The UT Southwestern physicians who lead our team are highly specialized hand surgeons devoted to innovative and compassionate care. Representing ACGME-accredited hand fellowship programs at UCLA, UT Southwestern and Washington University, the providers at Children’s Health℠ are considered leaders in their field.

Refer a Patient with Congenital and General Pediatric Hand Surgery 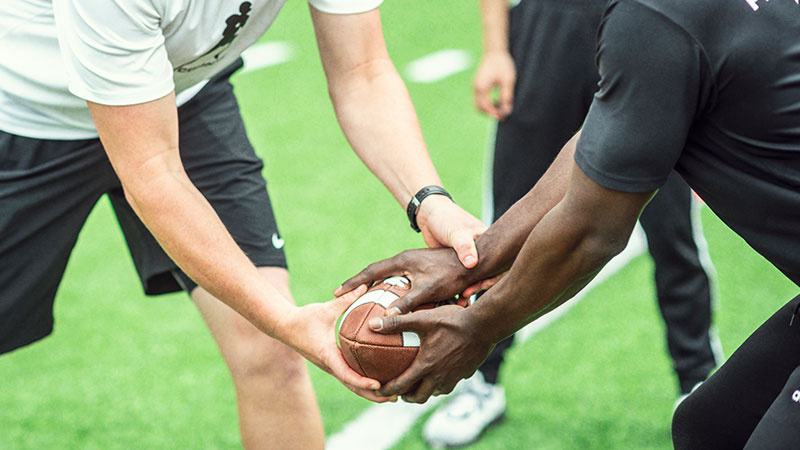 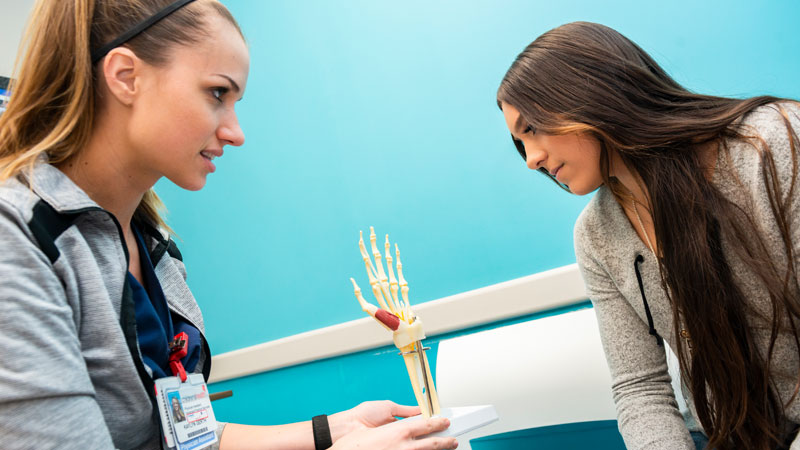 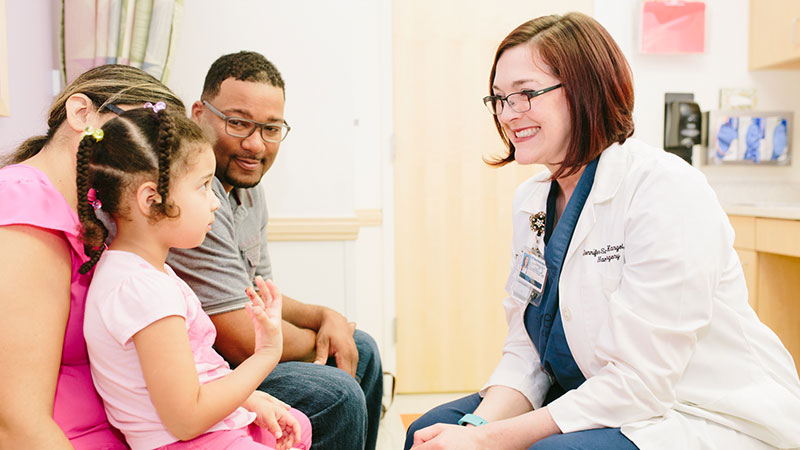 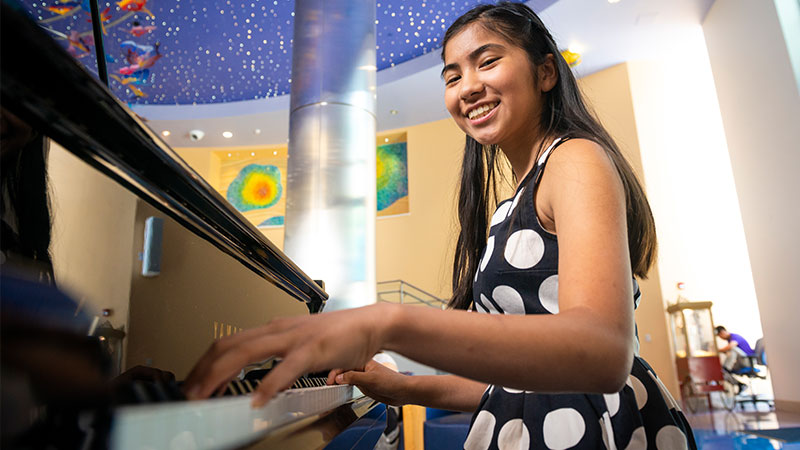 Our goal is to get kids back to the sports and performances they love using the most minimally invasive approach.

When traumatic hand injuries happen, we are by your side™ with same-day appointments in our Plano location.Many hand and peripheral nerve conditions are caused by injuries, but others occur in children who are born with congenital conditions. Our pediatric hand program is recognized around the world for its outcomes in both types of hand problems.

In fact, Program Director, Jonathan Cheng, M.D., is part of a team perfecting electrical interfaces that record and stimulate nerves to supply movement and feeling to a prosthetic hand. This could be life-changing for children with hand amputations.

Kids are like starfish. They are so resilient and heal quickly.

Surgery is rarely the first line of treatment. The pediatric hand surgeons at Children’s Health bring more than 17 years of combined experience, and they manage injuries with interventional and restorative hand therapy when possible.

Our multidisciplinary team has a long history together treating pediatric hand patients and works collaboratively to provide comprehensive and compassionate care. The team includes:

We treat every child as if they were our own. Contact our caring pediatric hand surgery team in Plano and Dallas today to learn more about our program. Have questions about your first appointment? Learn more about what you can expect before, during and after your appointment. 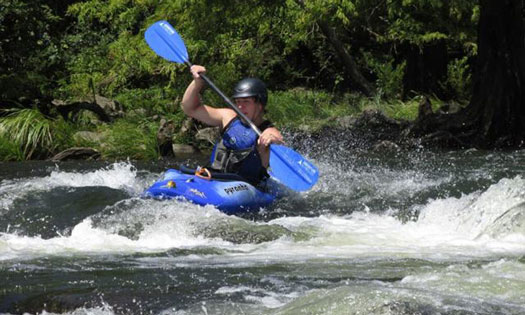 Pediatric hand experts restore the use of a young athlete's hand

In April 2010, Dayton, then age 13, was seriously injured when he was accidentally shot in the left arm by a 12-gauge shotgun. 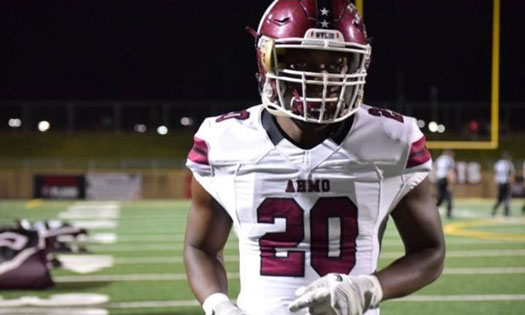 David started playing football in the fourth grade. In high school, he was the team's starting running back, and like many football players, he had grown accustomed to the physicality and intensity the game is known for – especially in Texas. So when he started to feel pain in his left hand after a home game in September 2017, the high school senior didn't think much of it. 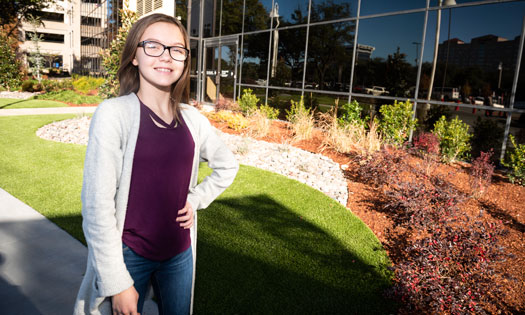 In December 2010, 4-year-old Aleah and her family were visiting her grandparents in Washington for the holidays when she started to feel sick. Aleah was lethargic, but her parents, Renee and Nathan, assumed she was just worn out from all the travel and festivities. But the next day, December 23rd, Aleah began having difficulties walking and was losing control of her other extremities. 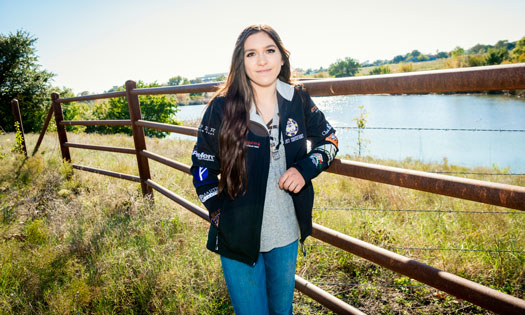 Shylynne, known as "Shy" to her friends and family, has loved horses for as long as she can remember. She got her first horse, Shirley, to ride around in her backyard when she was just 4 years old. Around the time she turned 6, she discovered her passion: competitive barrel racing. This rodeo event for women times a rider while she completes a cloverleaf pattern around three barrels, showcasing the athleticism and skill of both the horse and the rider. 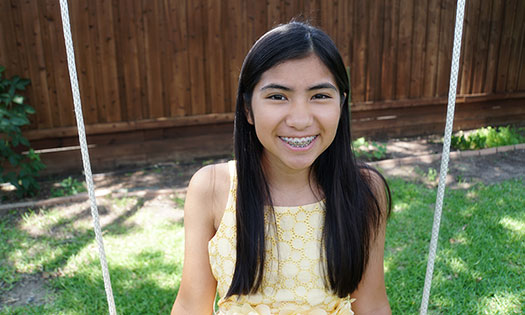 Music has been a part of Miette's life for as long as she can remember. Whether she is singing, dancing or playing an instrument, something comes alive in her when she performs. So when the 13-year-old's wrist started hurting, her family acted quickly to find experts who could help her heal and continue to play. 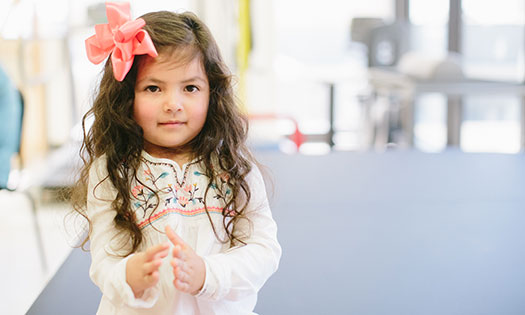 Repairing a floating thumb gives a toddler the ability to clap, color and grasp

When Maria was pregnant, her obstetrician informed her there was a high chance that her child would be born with Down syndrome. Maria and her husband did their best to plan for whatever unique challenges they might face after delivery, but there was no way they could have prepared themselves for the surprise they received when their daughter, Camila, was born. Contrary to her doctor's prediction, Camila did not have Down syndrome, but Maria knew from her first look at her daughter, that something was wrong with her hand.

Read more about Repairing a floating thumb gives a toddler the ability to clap, color and grasp