After wrist pain threatened to keep a young rider out of the ring, expert hand surgeons get Shylynne back to the sport she loves

Shylynne, known as "Shy" to her friends and family, has loved horses for as long as she can remember. She got her first horse, Shirley, to ride around in her backyard when she was just 4 years old. Around the time she turned 6, she discovered her passion: competitive barrel racing. This rodeo event for women times a rider while she completes a cloverleaf pattern around three barrels, showcasing the athleticism and skill of both the horse and the rider.

By 13 years old, Shy had guided countless horses through competitions where speed, agility and accuracy are key. That's why when she began experiencing severe wrist pain after competitions and intense training sessions, Shy and her family came to the experts at Children's Health℠ for answers.

Searching for a solution to wrist pain 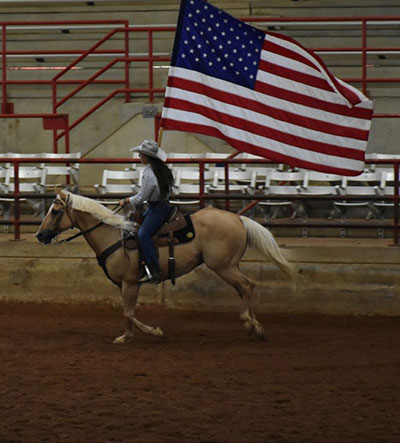 "My tendon in my wrist had been popping out of place for a while and I never really knew why," Shy says. "I wore a brace for about a year and even tried steroid shots to help the pain, but nothing really helped."

During this time, Shy was still training and competing, traveling as far as Las Vegas to test her skills in the arena. In the summer of 2018, she met Jennifer Kargel, M.D., a pediatric hand surgeon at Children's Health and Assistant Professor at UT Southwestern.

"When I first met Shylynne, she was trying to stay active but was limited in her abilities to compete because of her condition," Dr. Kargel says. "Our goal was to figure out the best way to get her back to doing the things she loved, as quickly as possible, without limitation."

Dr. Kargel put Shy's wrist in a cast for about a month, but her symptoms remained the same. That's when Dr. Kargel, Shy and her family decided it was time to look into a surgical solution.

"Dr. Kargel told me she would make a small cut on the side of my wrist and then would lasso the tendon and pull it back to where it was going to be," Shy says. "I could tell that she understood what I was going through and would do her best to help me."

Back in the ring after a successful pediatric hand surgery

Shy's surgery was a success and within one month, she was back in the saddle, although her wrist was still protected with a splint while it continued to heal. She began regular therapy with Sarah Garza, a pediatric occupational therapist, immediately following surgery and continued over the next two months.

"Shylynne travels across the United States to compete at a very high level so strengthening and stabilizing the wrist and forearm was key to getting her back on the saddle," Garza says. "She is a model patient who always puts forth her maximum effort in hand therapy; following through with her home exercise program has been key."

By November 2018, Shy and her family were out on the road, competing again. In her first debut back in the ring, she showcased her skills on five horses and even took home a significant cash prize.

But for Shy and her family, they're most grateful that she is healthy and able to do what she loves again without pain. 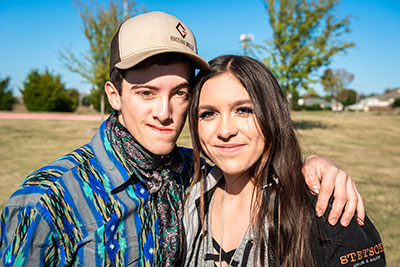 "My wrist feels great," Shy says. "I have a full range of motion and the pain is gone."

The family, including her bull-riding brother who is recovering from an accident in the ring after successful knee surgery at the Children's Health Andrews Institute for Orthopaedics and Sports Medicine, will soon caravan back to Las Vegas where they will pick up where they left off in the arena. Winning aside, this is a family devoted to their horses and to each other.