Repairing a floating thumb gives a toddler the ability to clap, color and grasp

When Maria was pregnant, her obstetrician informed her there was a high chance that her child would be born with Down syndrome. Maria and her husband did their best to plan for whatever unique challenges they might face after delivery, but there was no way they could have prepared themselves for the surprise they received when their daughter, Camila, was born. Contrary to her doctor’s prediction, Camila did not have Down syndrome, but Maria knew from her first look at her daughter, that something was wrong with her hand.

“I remember that her hand was bent in a very weird way,” Maria says.

Just 30 minutes after birth Camila was transported to Children’s Health℠. Doctors determined she was born with VACTERL association, a rare disorder that affected her esophagus, ear, and her right arm and hand. She had surgery to repair her esophagus when she was 2 days old, and remained in the hospital for more than two weeks before finally going home for the first time. 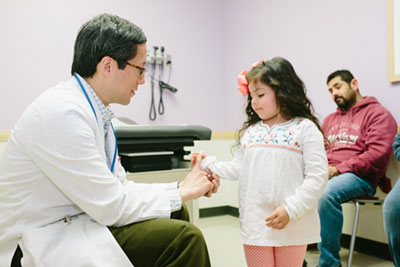 Camila’s journey to repair her hand

A few months later, Camila and her family met with Jonathan Cheng, M.D., Chief of Hand Surgery in the Congenital and Pediatric Hand Surgery Program at Children's Health and Associate Professor at UT Southwestern, to discuss surgical options to repair her thumb hypoplasia, or what is often referred to as a “floating thumb.”

Dr. Cheng explained that he could surgically repair Camila’s hand by removing her thumb, which had no bones or tendons connecting it to the rest of her hand, and replacing it with her index finger. Recognizing that without surgery, Camila’s use of her right hand would be severely limited, her parents decided to proceed with surgery.

Dr. Cheng removed Camila’s floating thumb when she was just 4 months old. Fourteen months later, she had surgery to move her index finger to where her thumb typically would be, allowing her to use it to grab and grasp objects. 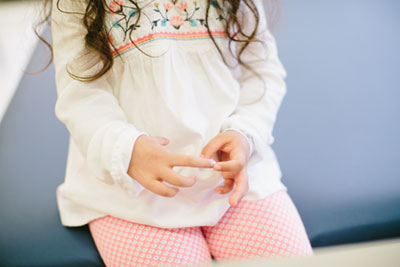 Dr. Cheng explains, “Camila had a procedure that we call index finger pollicization, which is really just a fancy way of saying that we performed reconstructive microsurgery in order to turn her index finger into a thumb. She has done great after this reconstruction, and now uses her new thumb exactly like you or I use our own thumbs!”

Over time, Camila gained more strength in her right arm and hand and continued to meet her developmental milestones, though her hand remained permanently bent at her wrist, making it a challenge to hold anything with both hands.

Shortly before her fourth birthday, Camila had her second and final surgery to repair her hand. Dr. Cheng relocated a tendon in her hand that would allow her to straighten her wrist. Two weeks after he removed her cast, Camila did something she had never done before – she clapped!

“For other people, it may not have been a big thing, but for us it was huge,” Maria says. “And now she likes to show anyone and everyone how she can clap. We’re still celebrating it!” 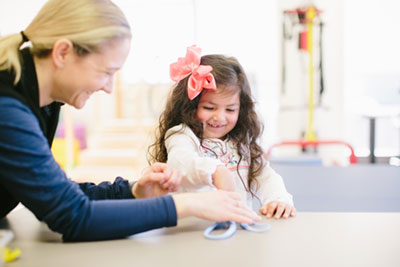 Today, Camila is a vibrant 4-year-old who loves butterflies, playing with play dough and coloring. Maria says that her hand abnormality doesn’t seem to bother Camila, though she is sometimes curious about why her hand is different than her friends’.

“Sometimes she’ll count her fingers and ask me why she only has nine,” Maria says. “I try to explain it to her as best I can, but I don’t think she feels differently than anyone else. She just wants to play with her friends!”

Thanks to the care she received from the experts at Children’s Health, including her hand therapists, that’s exactly what she can go out and do.

The Congenital and Pediatric Hand Surgery Program, part of the Fogelson Plastic Surgery & Craniofacial Center at Children’s Health, uses advanced technology to diagnose and treat hand problems in infants, children and adolescents. Learn more about our program and services.