After transverse myelitis, Aleah regained the use of her left hand thanks to the pediatric hand surgeons at Children's Health

In December 2010, 4-year-old Aleah and her family were visiting her grandparents in Washington for the holidays when she started to feel sick. Aleah was lethargic, but her parents, Renee and Nathan, assumed she was just worn out from all the travel and festivities. But the next day, December 23rd, Aleah began having difficulties walking and was losing control of her other extremities.

Renee and Nathan rushed their daughter to the emergency room at the local hospital. Doctors weren't sure what was wrong, and by the next day, Christmas Eve, Aleah was completely paralyzed. She was transferred to a pediatric hospital in Tacoma, Washington, and admitted to the ICU.

"We woke up Christmas morning to doctors informing us that there was a chance they would need to put Aleah on life support," says Renee. "They were concerned that whatever was causing her paralysis would cause her to stop breathing on her own as well."

After a number of tests, Aleah was diagnosed with transverse myelitis, a rare disease that attacks the spinal cord and nervous system through the body's own immune system. Her doctors were uncertain of her prognosis.

"Those first 48 hours were so scary," says Nathan. "We had no idea what to hope for in Aleah's recovery; some patients regain all of their motor function, but some never do."

Fortunately, Aleah's recovery progressed relatively quickly. She was discharged from the hospital in just nine days and transferred to an inpatient rehabilitation facility in her hometown of Oklahoma City. Through intense physical and occupational therapy over the next two weeks, Aleah learned how to walk again and regained most her body's normal function – except for the use of her left hand.

From OKC to Children's Health in search of answers

After Aleah was discharged from the rehabilitation facility, she was referred to Benjamin M. Greenberg, M.D., a Neurologist and Director of the Pediatric Demyelinating Disease Program at Children's Health℠ and Assistant Professor at UT Southwestern. After assessing Aleah's progress, Dr. Greenberg suggested she and her family meet with Jonathan Cheng, M.D., Chief of Hand Surgery in the Congenital and Pediatric Hand Surgery Program at Children's Health and Associate Professor at UT Southwestern, to discuss surgical options to repair her hand.

"We were excited about how far she had come in her recovery, but we were still holding out hope that there were other things out there that could help her," says Nathan. "We were in the dark as to what those were until we met Dr. Cheng, who opened up our world to new options."

Specialized surgeries restore the use of Aleah's hand 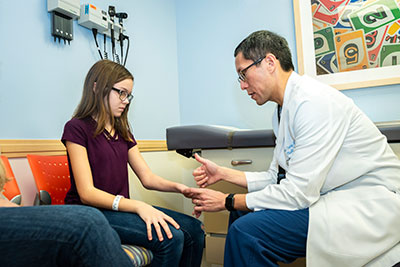 In November 2011, Dr. Cheng performed several nerve transfers in Aleah's left hand. A nerve transfer is a surgical procedure where damaged nerves are reconstructed by connecting them with donor nerves, which are nerves that are "transferred" from nearby areas and that still work. These transferred donor nerves, with their living nerve fibers, grow back down the damaged nerves and restore movement and feeling to the affected areas.

Aleah's nerve transfer surgery lasted nearly seven hours and was followed by recovery over the next several months. But soon, she regained the use of her fingers. Through therapy, she improved the use of her left hand, though she still couldn't move her left thumb very well.

"Prior to surgery, if Aleah wanted to move something on a table, she had to drag her hand across it and use her knuckles," says Nathan. "But after the nerve transfer, she was able to use her fingers to clamp onto things."

Dr. Cheng monitored Aleah's progress regularly, and in May 2014, he performed a second surgery – a series of tendon transfers – in her left hand. Again, this surgery borrowed from the now functioning muscles and tendons in Aleah's hand, to restore certain critical movements and to help rebalance the movement in all of her digits. 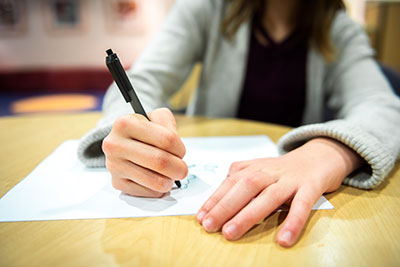 Aleah's father describes the aftermath of the surgery as a "radical transformation."

"After her second surgery, she regained the use of her thumb and was able to do things she hadn't done in a year," says Nathan. "She could hold a cup now and grasp onto things more easily; it was incredible."

Aleah resumed physical and occupational therapy, and Dr. Cheng continued to monitor her improvements over the next four years – even after she and her family moved to Atlanta, Georgia. After reviewing her progress in a video from the family, Dr. Cheng believed it was possible for Aleah to regain even more fine motor use of her hand through a third surgery.

"Dr. Cheng told us if we could come back to Dallas one more time for surgery, he believed Aleah could see even more progress in her recovery," says Renee.

In November 2018, 12-year-old Aleah traveled to Dallas for a third surgery with Dr. Cheng. To stabilize her thumb joint, he performed another tendon transfer by borrowing half of the tendon that she uses to bend her thumb and moving it over to the tendon that straightens her thumb. This allowed her to pick up small objects between her thumb and index fingertip. 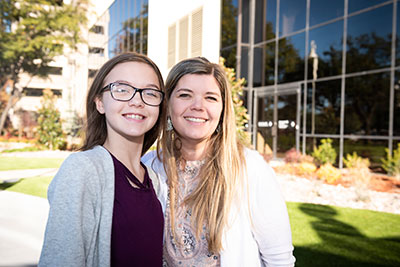 Since surgery, Aleah has been recovering well. She returned to Dallas to have her cast removed shortly after the holidays and continues to show progress. While the journey from that unexpected and scary day in 2010 has been long, Aleah's family is grateful for the support they've received – and are thrilled to be able to encourage other families with their own story of recovery.

Our Demyelinating Disease Program delivers comprehensive care for diseases that impact the central nervous system. We specialize in treating children who require both acute and chronic care.