Pediatric hand experts restore the use of a young athlete's hand

After an accidental gunshot wound threatened to rob Dayton of use of his left hand, he found healing thanks to the UT Southwestern experts at Children's Health

In April 2010, Dayton, then age 13, was seriously injured when he was accidentally shot in the left arm by a 12-gauge shotgun.

He was taken by ambulance to a local hospital in his hometown of Denison, Texas, but when doctors discovered the severity of his injuries, he was quickly transported by jet to a trauma unit.

Both of the bones in his forearm had been shattered at his wrist, and after an initial evaluation, Dayton and his family realized they were in for a long road to recovery.

"Dayton was in sixth grade at the time and was very active in baseball, basketball and football," says his mom, Teri. "In those early days, doctors questioned whether he would ever play sports again or regain the full use of his hand."

Over the course of the next several months, doctors began preparing Dayton's arm for what would be a complex course of reconstructive surgeries. 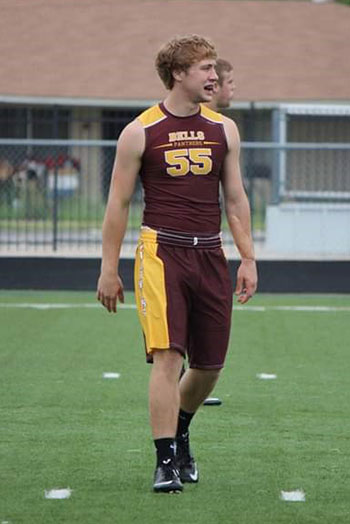 Dayton was referred to Jonathan Cheng, M.D., Chief of Hand Surgery in the Congenital and Pediatric Hand Surgery Program at Children's Health and Associate Professor at UT Southwestern, to move forward with the reconstructive process.

Dr. Cheng used a portion of bone from Dayton's hip to fill in the 2.5-inch gap in his wrist, and began a two-part reconstruction of the muscles and tendons in his wrist, which had also been damaged in the incident. As he recovered, Dayton began hand therapy with a pediatric occupational therapist three times a week, which he continued over the next two years.

Eventually, Dayton began to regain strength and use of his left hand, and by his freshman year of high school, he made the varsity football team and was a starter on the junior varsity basketball team.

"It wasn't easy," says Teri. "Dayton missed many school breaks and holidays because of all of his surgeries, but we are very blessed that Dr. Cheng and his team worked so closely with Dayton to restore his hand."

Using his hands to help others 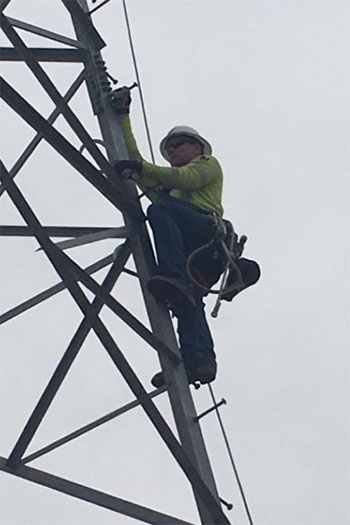 After high school graduation, Dayton went on to pursue a career as a lineman for a local electric company, a job in which he relies heavily on his hands on a daily basis. In fact, in 2018 Dayton and many of his colleagues were deployed to the Florida coast to help restore power to those affected by Hurricane Michael.

Dr. Cheng says that given Dayton's commitment throughout his hand restoration journey at Children's Health, it makes sense that he is thriving as a young adult.

"Dayton was absolutely amazing throughout the whole process," says Dr. Cheng. "At just 13 and 14 years old, he took a great deal of responsibility with his care and worked hard during his recovery, so it's no surprise that he is enjoying such a fulfilling and robust life as he is today."

The Pediatric Hand Surgery and Peripheral Nerve Surgery program uses advanced technology to diagnose and treat hand problems in infants, children and adolescents. Learn more about our program and services.