Music has been a part of Miette's life for as long as she can remember. Whether she is singing, dancing or playing an instrument, something comes alive in her when she performs. So when the 13-year-old's wrist started hurting, her family acted quickly to find experts who could help her heal and continue to play.

A repetitive use injury threatens a musician's dreams

"I first noticed that my wrist would get sore after carrying my French horn in its case around school," Miette says. "But it wasn't until I'd sit down to practice piano – where I use a lot of wrist motion – that it would begin to hurt very badly."

She tried wearing a wrist brace throughout the day to see if it might alleviate the pain, but it provided little relief. That's when her pediatrician referred her to a hand specialist. The specialist found nothing wrong on her wrist in an X-ray, but he suggested they put her hand in a cast for a few weeks to see if it would heal.

The pain went away for a while, but Miette was forced to take a break from her beloved piano which she had been playing since she was 6 years old. But as soon as her cast was removed, the pain in her wrist returned – except this time it was much worse.

"It felt like sharp, hot needles all throughout my wrist," she says.

Answers and healing at Children's Health

Miette and her family knew it was time to seek a second opinion so they made an appointment with Jonathan Cheng, M.D., Chief of Hand Surgery in the Congenital and Pediatric Hand Surgery Program at Children's Health℠ and Associate Professor at UT Southwestern.

"Within minutes of meeting Dr. Cheng, he could tell it was tendinitis," Miette says.

Instead of needing surgery, like Miette had feared, Dr. Cheng prescribed a steroid shot to help with the pain, followed by hand therapy, which she began right away with a certified pediatric occupational therapist at Children's Medical Center Plano. Within a week, the pain was gone. 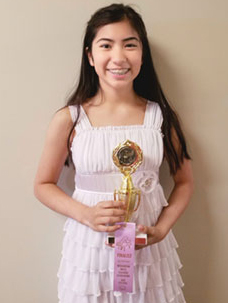 Just a few weeks later, Miette was back on stage, this time playing in front of judges at the Richardson Music Teacher Association's Sonatina Festival. Though she had started learning her piece of music just three months prior – and had been in a cast for five of those weeks – Miette performed Haydn's Sonata No. 28, 1st Mov. A flawless performance earned her the highest marks possible.

"She was so proud that she could play that piece," says Angie, Miette's mom. "And I'm just so happy that she was able to do what she knew she could do and could play without pain so quickly after her treatment."

Though Miette is officially discharged from hand therapy, she continues to go through her exercises every day, especially stretching her wrist after each practice session. She's currently busy preparing for the upcoming piano competition season and is excited to see how far she can go now that her wrist is healthy and pain-free.

Miette has a bright future ahead of her, perhaps even as a concert pianist, with healthy wrists to reach for her dreams.

The Congenital and Pediatric Hand Surgery program, part of the Fogelson Plastic Surgery & Craniofacial Center at Children's Health, employs advanced technology including on-site imaging to diagnose and treat hand traumatic and congenital hand problems in infants, children and adolescents. Learn more about our programs and services.