The UT Pediatric Cochlear Implant Program at Children’s Health℠ brings together experts from Children’s Health, the University of Texas at Dallas (UTD) Callier Center for Communication Disorders and UT Southwestern Medical Center to provide the best in cochlear implantation for children.

Our physicians are respected authorities in cochlear implantation and nationally known as educators of leading-edge implantation techniques. Our team of speech-language pathologists and audiologists are certified Listening and Spoken Language Specialists, which means they have special training and advanced education to work with children who are deaf or hard of hearing.

From our fellowship-trained, board certified UT Southwestern surgeons to our therapists and support staff, our entire team is focused on one goal – giving your child the tools needed to understand language and learn to communicate effectively and confidently.

Request an Appointment with codes: Ear, Nose and Throat (ENT)

For children who are deaf or hard of hearing, the UT Pediatric Cochlear Implant Program can help give access to sound.

Comprehensive evaluation from a multidisciplinary team of experts

Our team of specialists will work with your child and you to conduct a comprehensive evaluation that includes hearing tests, communication skill tests, medical exams and other services, such as a social work consultation, to determine if a cochlear implant is the answer to your child's hearing needs. Throughout the process, we explain each step, outline the potential benefits and risks, and answer any questions you have about the impact a cochlear implant could have on your child’s life.

With the UT Pediatric Cochlear Implant Program, families have the convenience of meeting all providers in one visit, at your choice of two locations, with all necessary imaging and laboratory studies done on site.

I feel like I have been immensely blessed to have a cochlear implant that can help me hear, speak and communicate with others.

The UT Pediatric Cochlear Implant Program at Children’s Health is part of the Dallas Cochlear Implant Program, which boasts some of the world's leading cochlear implant researchers working together to improve speech and language outcomes. We are part of an exclusive group dedicated to understanding, testing and refining the design of cochlear implants to maximize the impact they have on the lives of children who could not otherwise recognize sound. You can be sure that your child will receive the most advanced care available today. 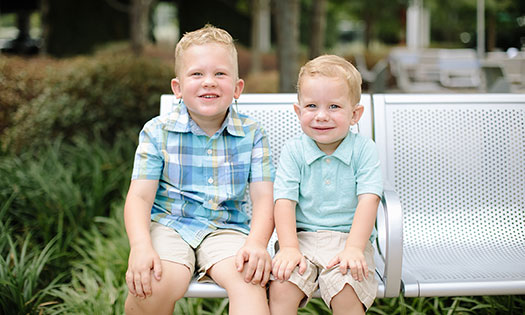 Brothers Bentley and Brody enjoy catching bugs, fishing and playing together outside. Bentley is about to start his third season of soccer, and Brody can't help but start dancing any time he hears music. As their mom, Dori, puts it, "They are two healthy boys who just happen to be deaf."

Read more about Brothers share a bond over their "superhero" hearing 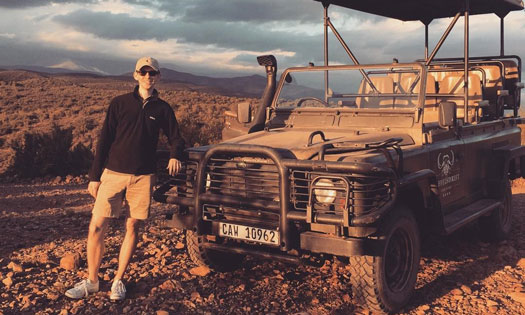 "Your son, Michael, will never be able to hear, speak or do the things a normal hearing person would do," my parents were told. I was diagnosed as being profoundly deaf at the age of 15 months. My world seemed as if it had come to a narrow passage with very limited opportunities.  However, it was the beginning of something unforeseen and beyond normal. All future dreams and visions seemed shattered, but they were actually expanding to a whole new dimension a normal-hearing person would never experience. 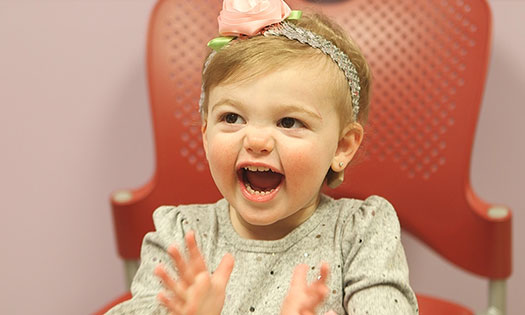 A young patient has surgery to hear the world around her

When Ellie was born in March 2013, she appeared healthy and gave no indication that anything was wrong. However, after she failed her routine newborn hearing screen, her family was referred to the UT Pediatric Cochlear Implant Program at Children's Health for additional testing and evaluation. 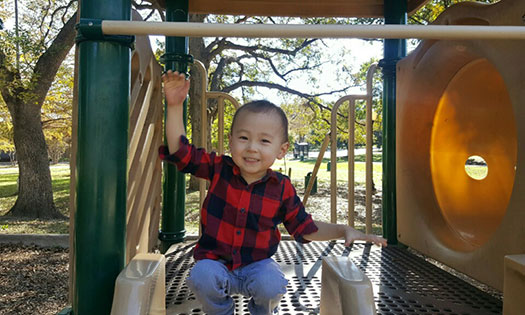 A young boy discovers a world full of sounds

At first glance, Lucas is really not that much different than your typical preschooler. All in all, other than the two small electronic devices positioned behind his ears, he appeared to be just like any other 3-year-old boy, bringing joy and entertainment wherever he goes. 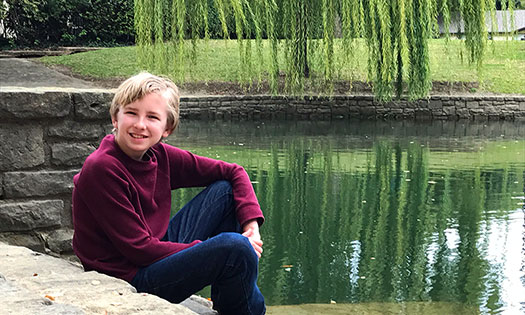 Since birth, Jordan had always been the picture of health. But when he turned 21 months old, that quickly changed.