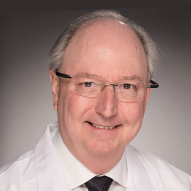 Dr. David Ewalt, MD is a native Texan from El Paso who received his undergraduate degree in Chemistry from Texas Tech University in 1980.  He continued his education in Dallas and completed his medical degree at UT Southwestern Medical School in 1984.  He received his Surgical and Urological training at UT Southwestern followed by a two-year Pediatric Urology Fellowship at Children’s Hospital of Philadelphia.  Dr. Ewalt has practiced in Dallas since 1992 and was selected as a Top Doctor in America by Castle Connolly Medical and featured in Castle Connolly Medical's America’s Top Doctors® book from 2002-2015 and Texas Monthly Super Doctors 2004- 2015.  Dr. Ewalt was selected to D Magazine "Best Pediatric Specialists" in 2004, 2007, and 2010-2015.