The only comprehensive pediatric EoE program in Dallas – Fort Worth

A newly-defined condition, EoE is characterized by chronic inflammation of the esophagus that can make it difficult for your child to swallow foods. The condition can lead to narrowing – and even scarring – of the esophagus over time. If left untreated, it negatively impacts normal growth because of feeding issues.

EoE and other EGIDs are often seen in patients who have other allergic disorders, such as asthma, eczema and food allergies.

J Belle’s family thought she had GERD as a baby but didn’t give up when she wasn’t getting better. Connecting with the DEEP team at Children’s Health meant the family finally arrived at a diagnosis of EoE and more importantly, a plan to treat it.

“Not many places have a dedicated EoE practice,” said her dad. “That’s one of the blessings of Children’s.”

A collaborative approach, and a coordinated care plan for EoE

EoE is a complex condition that can have a significant impact on your child’s physical and mental health. It requires advanced care from a multidisciplinary DEEP team, including:

My daughter has been through a lot, but Dr. Goyal has been amazing.

At the DEEP clinic, your child will see all of these specialists – under one roof – to create a personalized care plan. Motivating your child to follow their EoE care plan is critical, as the condition can lead to narrowing of the esophagus and the need to stretch the esophagus periodically if left untreated. We are by your side with care and support.

Your child’s pediatrician may make a referral to a GI specialist if your child experiences the following:

The gold standard in diagnosing pediatric EoE is an endoscopy with biopsy, so your GI specialist will arrange for this procedure and initiate entrance into our specialized clinic based on the results.

If you think your child may have EoE or another EGIDs talk to your pediatrician. Diagnosis is made using a safe procedure that involves looking inside the esophagus with the help of a camera. Treatment for EoE includes steroids and/or elimination of the most common food allergens.

Does your child have eosinophilic esophagitis (EoE)? Learn more about our clinical research study. 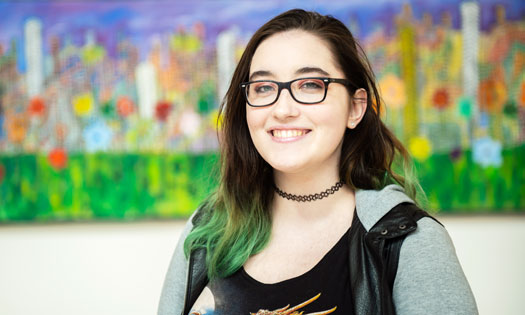 Managing her EoE isn't easy, but Bella refuses to give up

Bella is the modern version of a Renaissance (wo)man. She's a high school junior who excels in academics and manages the school wrestling team. She has a close-knit group of friends and family, was recently promoted at her job and is a talented vocalist who is teaching herself to play guitar. She is also in the midst of a life-changing search for answers as she manages a chronic illness that has knocked her down several times in her life – but Bella refuses to give up.

Read more about Managing her EoE isn't easy, but Bella refuses to give up 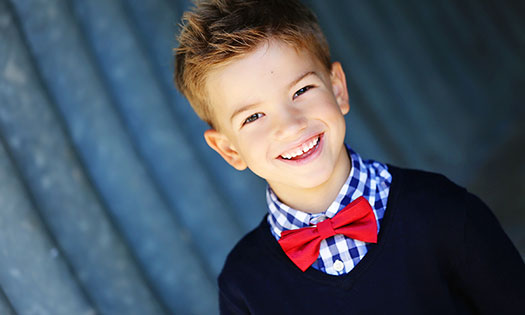 Just before his fourth birthday, Liam began experiencing some gastroenterological issues. He had trouble keeping his food down and would often choke while eating, an issue his parents were familiar with since Liam had struggled with dysphagia, or difficulty swallowing, as a newborn. 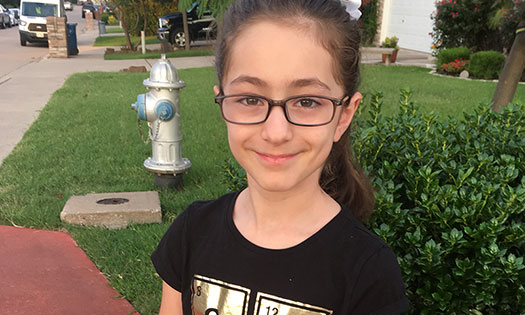 A young GERD patient gets answers after 10 years

For the past 10 years, Gentiana and her family have searched for answers to chronic gastroenterological issues she has dealt with since birth. As an infant, Gentiana suffered from gastroesophageal reflux disease (GERD). Since then, she has seen a number of pediatricians, and her symptoms included difficulty swallowing, an itchy throat, abdominal pain and poor appetite. Each time, her doctors prescribed medications to help relieve the symptoms, but the issues never really went away.