When your child complains of tummy pain, it might not just be another stomach ache. If your child constantly experiences stomach pain, especially after eating, and is not growing properly, it could be celiac disease.

At Children’s Health℠, we offer options for living gluten-free, as well as education and resources to eliminate your child’s symptoms and help your child thrive. Our Childhood Celiac Disease Program is the only pediatric medically-based option in the region, offering you expertise and assistance for managing your child’s chronic condition.

The Childhood Celiac Disease Program offers outpatient care in a clinical setting the first Wednesday of every month.

Our multidisciplinary team includes a pediatric gastroenterologist expert in celiac disease, a social worker and dietitian working together to ensure that your child receives the best possible care.

The celiac clinic has been a gem for us. I appreciate that they have nutrition and psychology as part of the team approach.

Dealing with a chronic condition is difficult for your child and the entire family. Our program offers counseling and support for following a complex gluten-free diet. During your clinic visits, you’ll have time to ask questions about managing and treating celiac disease, as well as plan for follow-up care and screening for at-risk conditions such as diabetes.

We can also help with 504 plans for school, access to local resources and a support group, and other tips for living with celiac disease.

What is celiac disease?

Celiac disease damages the small intestine and creates problems with the absorption of necessary nutrients and vitamins due to a gluten allergy. Gluten includes foods containing wheat, barley and rye.

Celiac disease is a life-long autoimmune condition that happens when your child’s body reacts to foods containing gluten. If your child has celiac disease, he or she will need to follow a strict, gluten-free diet for life.

Contact our caring pediatric GI specialist at the fully-accredited Childhood Celiac Disease program in Plano at 469-303-4200. 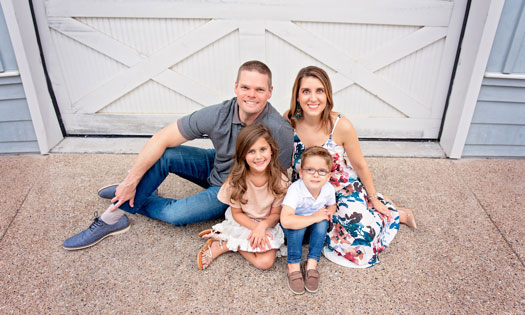 After a celiac diagnosis, a family adapts and a young girl thrives

Hailey wants to be a doctor someday, and she has the pink scrubs to prove it. She loves wearing them around her house and recently informed her mom, Shauna, that she'll pay extra close attention in school so she can learn what she needs to know. Given Hailey's early health experiences, it's no surprise that the kindergartner wants to help others when she grows up.

Read more about After a celiac diagnosis, a family adapts and a young girl thrives 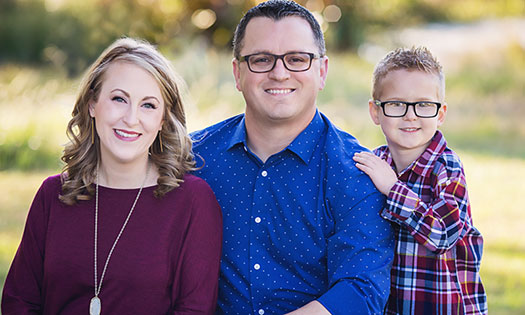 A young boy with celiac finds support at Children's Health

Caleb is a joyful 6-year-old who loves LEGO, all-things-Disney and his dog Sebastian. He wants to be a firefighter when he grows up so he can help people, and his mom, Sarah, a pediatrician, describes him as "one of the kindest people I've ever met." Like many other families, Caleb and his family enjoy pizza and movie nights most weekends with just one exception – Caleb's homemade pizza is gluten free, a necessity since he was diagnosed three years ago with celiac disease. 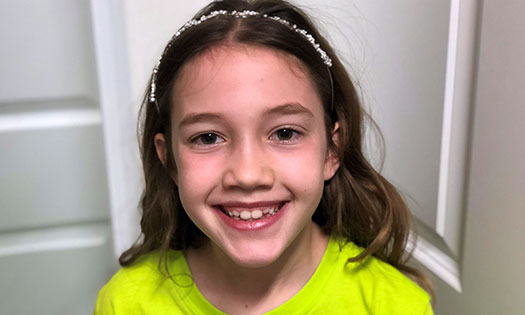 Hadley had always experienced trouble sleeping and intermittent stomach pain, but it never really concerned her pediatrician because she was still growing and gaining weight. However, by the time she turned 7 years old, her parents decided it was time to figure out what was going on. Her father had recently been diagnosed with celiac disease so Hadley's parents thought it was a good idea to rule it out, since the disease can be hereditary. They were living in Arizona at the time so they visited their local pediatric hospital for blood work and an endoscopy. Both confirmed that Hadley had celiac disease, just like her dad.