A young boy with celiac finds support at Children's Health

Caleb is a joyful 6-year-old who loves LEGO®, all-things-Disney and his dog Sebastian. He wants to be a firefighter when he grows up so he can help people, and his mom, Sarah, a pediatrician, describes him as "one of the kindest people I've ever met." Like many other families, Caleb and his family enjoy pizza and movie nights most weekends with just one exception – Caleb's homemade pizza is gluten free, a necessity since he was diagnosed three years ago with celiac disease. 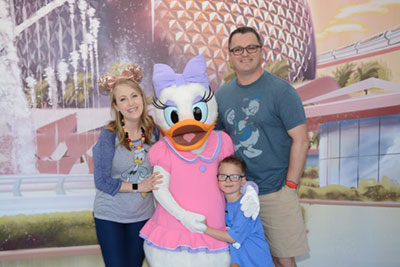 After Caleb's third birthday, his parents began noticing a downward turn in his growth curve as he went from being one of the tallest kids at birthday parties to one of the shortest. Initially, his pediatrician wasn't overly concerned, but after several months of little to no growth, Sarah's training as a physician and intuition as a mother warned her that something was wrong. Caleb visited a pediatric endocrinologist in Fort Worth who ran a number of tests, including a celiac panel – though Sarah questioned whether it was necessary because he wasn't showing any symptoms and they had no family history.

A surprising diagnosis and a family begins to adapt

"Six days later, everything changed," Sarah says. "When the doctor called with Caleb's lab results, she told me his antibody levels weren't just positive, they were off the charts; in fact, they were so high, they stopped measuring."

Though Sarah was stunned by the news, she knew her next step. She called Children's Health℠, where she had completed her residency less than 10 years before.

"When I heard my son needed a pediatric gastroenterologist, I knew immediately that I wanted my former attending physician, Dr. Semrin, to take care of him," she says.

Just a few days later, Caleb saw Gaith Semrin, M.D., a pediatric gastroenterologist,  and within the week, a biopsy confirmed what the labs suggested – Caleb has celiac disease.

"After Caleb's diagnosis, my husband and I made the decision to make our house gluten free," says Sarah. "We wanted to offer a safe space for Caleb where he could eat anything we were eating. Gluten hides in everything so I downloaded apps and read everything I could get my hands on."

A collaborative approach for celiac patients

Several months later, Caleb's family was introduced to the Childhood Celiac Disease Program at Children's Health. Caleb was seen by Michele Alkalay, M.D., a pediatric gastroenterologist who specializes in caring for children with celiac disease.

The program takes a multidisciplinary approach to care for children with celiac disease and gluten sensitivity, offering a pediatric gastroenterologist, a celiac disease-focused dietitian and a clinical psychologist to address both the physical and psychological impacts that chronic illness can have on a patient and his or her family.

"The celiac clinic has been a gem for us," says Sarah. "I appreciate that they have nutrition and psychology as part of the team approach."

The support was especially helpful when Caleb entered Kindergarten, where he was the first student with celiac disease to attend his school.

"I approached Caleb's school to create a care plan for him, but he was the first celiac child his school has ever had so they didn't even know where to start," says Sarah. "Thanks to the team at Children's, I was able to get them a sample 504 plan and now he has accommodations in place to protect him." 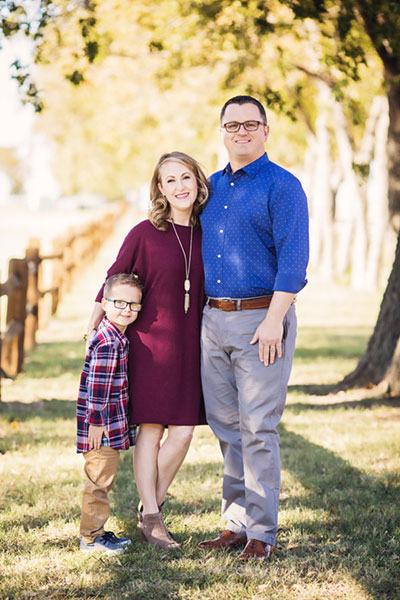 A family shares its wisdom with others

Today, Caleb is doing well and thriving, but Sarah is the first to admit that adapting to a new lifestyle hasn't always been easy, especially in social settings.

"You never realize how much of our society revolves around food until you can't participate in it," she says. "Celiac has been extremely isolating – we can't go out to eat at most restaurants and if we go over to friends' houses for dinner, we usually bring our own food."

Sarah has used her experience as a mother and a pediatrician to start a Facebook group for other physician moms caring for children with celiac. The group, which started in 2015 with just 10 members, now has more than 200.

"I tell parents who are new to this journey that it's okay to be angry and upset, but it will get easier," Sarah says. "I desperately wish Caleb didn't have to go through it, but it's worth it to keep our children safe."

The Childhood Celiac Disease Program at Children's Medical Center Plano is the only medical pediatric celiac program in North Texas, and offers a multidisciplinary approach to care, including dietary and psychological support. Learn more about our program and services.