Using a novel and complex procedure, the team at Children's Health saves Harper

When Harper was 4 days old, her NICU nurse flagged a heart murmur that needed attention. An echocardiogram confirmed that the newborn had several complex congenital heart defects. Candice, a first-time mom, worked as a patient technician in her late teens to explore a career in health care. Today, she is a full-time employee at Children's Health℠. Even so, she remembers feeling overwhelmed by Harper's diagnosis.

The family chose The Heart Center at Children's Health for Harper's care and worked closely to schedule the first surgery in November 2014. Candice, and her husband, Eric, received the best possible news about the outcome of that corrective surgery. With Harper at home, they enjoyed the milestones of her toddler years in between regular CT scans and check-ups with Reenu Sara Eapen, M.D., a pediatric cardiologist at Children's Health. 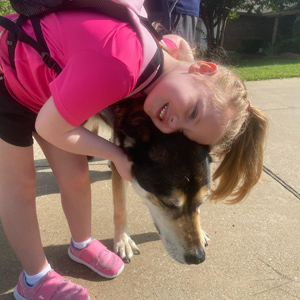 Fast forward to the summer of COVID-19 in 2020 – a time in which the immune-suppressed little girl was staying close to home with a mom who was now a full-time employee at Children's Health on The Heart Center's inpatient floor. Harper would return for a never-been-done-before surgery at the hands of Robert Jaquiss, M.D., Director of Cardiothoracic Surgery and a professor at UT Southwestern.

Symptoms leading up to what would be her third heart surgery included chronic pneumonia and coughing, with labored breathing when she exerted herself. The family was admitted to Children's Health dozens of times before the summer of 2020.

One ongoing issue, vocal cord paralysis, is not uncommon in heart patients, so the family once again enlisted the specialists at Children's Health. During an ENT visit with Romaine F. Johnson, M.D., M.P.H., FACS, Director of the Airway Management Program at Children's Health and Assistant Professor at UT Southwestern, the physician noted an unusual breathing pattern. He performed a bronchoscopy and found that the entire left bronchus had collapsed, which suggested external compression of the airway to the left lung.

A CT angiogram and 3D printed model confirmed that Harper would need corrective surgery. The procedure would have a high degree of difficulty because Harper was born with a genetic disorder called elastin protein mutation. This causes weak vessels and scar tissue to build up in the heart. 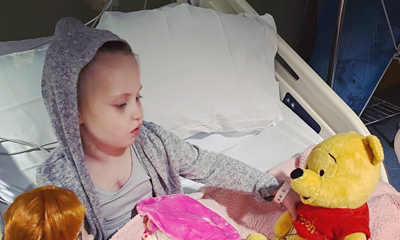 Dr. Jaquiss, commonly referred to as Dr. Jake, was up to the challenge. He consulted with peers, researched surgical options and concluded that the best option for Harper was an approach that had never been tried before.

"Dr. Jake explained that we could try to move the aorta back to the place it should be, and that was something nobody had done before. The second option, going underneath the airway to move the aorta, was more complicated but it had been completed five or six times before," Candice says. "Dr. Jake said this was Harper's best shot, and I trust his judgement. If this was something outside his capability, he wouldn't do it."

The surgery took place in August 2020 with multiple doctors, nurses and technicians in the operating room, including Yadira Milagros Rivera-Sanchez, M.D., Pulmonologist at Children's Health and Assistant Professor at UT Southwestern. Dr. Johnson, ENT, was waiting nearby for news, as well. 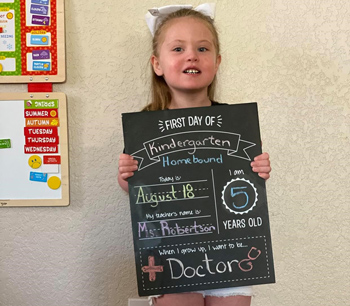 "The team called me from the OR and kept me updated during the eight-hour surgery," Candice says. "For the first five hours, the surgeons were working on scar tissue."

The surgery was a success, and the family continues to see a team of specialists with the help of Complex Care Medical Services at Children's Health, a primary care home with Patricia Hicks, M.D., Pediatrician at Children's Health and Professor at UT Southwestern, at the helm, ensuring that every specialist is involved in care planning.

"Harper has done remarkably well. She is a delightful girl whose toughness and resilience should not be underestimated," Dr. Jake says.

Now, Harper is back home and playing with her princesses.

Complex Care Medical Services at Children's Health is dedicated to caring for children with complex and chronic health care needs. We optimize care through partnerships with caregivers and medical neighborhoods so that children can reach their greatest potential.