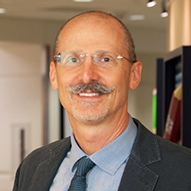 Dr. Alex Kane came to the practice of medicine from an unusual place – Wall Street. Before becoming a physician, he earned a degree in computer science and worked as a financial analyst. But he was drawn to medicine, and particularly to pediatrics, because he wanted to help people.

“The impact you can make on a young person’s life is amplified,” he says. “You get to follow kids from when they are neonates to college, and you develop a great relationship with the families as you follow them throughout a young life.”

You get to follow kids from when they are neonates to college, and you develop a great relationship with the families as you follow them throughout a young life.

Dr. Kane is now the director of pediatric plastic and craniofacial surgery at Children’s Health℠. He also serves as the director of residency education in Pediatric Plastic Surgery, where he trains new physicians in pediatric surgical procedures. He is a professor of plastic surgery at UT Southwestern Medical Center.

Dr. Kane’s philosophy on medicine is to treat all children as if they were his own. He also believes physicians should be flexible about how they use medical knowledge in daily interactions with patients. “Few things in medicine are absolute,” he says. “What’s right for one child might not be right for the next child.”

He continued his training with two fellowships – a cleft lip, palate, and craniofacial surgery fellowship at Chang-Gung Memorial Hospital in Taipei, Taiwan, and a fellowship in craniofacial imaging at the National Laboratory for Diagnostic Radiology Research in Bethesda, Maryland.

Dr. Kane is a Diplomate of the American Board of Plastic Surgery and the National Board of Medical Examiners. He holds a U.S. patent for the invention of a medical device for lengthening and reshaping bone.

Over the course of his career, Dr. Kane has been featured as a speaker and visiting professor at numerous local, regional, national and international medical conferences and symposiums and has written multiple journal articles and book chapters. He also serves as a reviewer for several peer-reviewed journals and has conducted a number of research projects.

Physicians should have three missions, he says. “The first is to provide excellent care, the second is to teach residents and fellows, and the third is to move the ball forward to advance the understanding of particular processes through research.”

A particular focus of Dr. Kane’s involves structural imaging, “to help visualize the anatomy of the problem.” As director of the Division of Pediatric Plastic Surgery, Dr. Kane leads a team at the Analytical Imaging and Modeling (AIM) Center at Children’s Health. With the center’s imaging equipment, 3-D movies allow the team to look at structural relationships without requiring X-rays. “The AIM Center brings it all together,” says Dr. Kane.

Volunteer work has also been a part of Dr. Kane’s medical career. He has participated in volunteer surgical missions to provide cleft lip and palate surgery to children in Cambodia, Vietnam, the Philippines and India. In addition to English, he speaks Spanish, some French and some Mandarin.

He and his wife, who is a social worker at Children’s Health, have four children (and a dog). Dr. Kane enjoys building furniture and “fixing things up” around the house.