After a Neonatal Intensive Care Unit (NICU) stay, care continues at our Thrive Program. For over 40 years, we’ve been helping your little miracle grow and thrive.

Once your baby comes home from the hospital, the Thrive Program at Children’s Health℠ provides specialized, comprehensive, ongoing follow-up care. Our interdisciplinary team of experts looks after your baby’s overall health and well-being until their fifth birthday.

Caring for our region’s most fragile patients for more than four decades, we have more experience than any other program in Texas. Thrive provides follow-up care for more than 300 new NICU graduates from various hospitals every year and has over 1,100 ongoing patients. We provide our patients and their families with comprehensive care, and one-on-one care and support for you and your baby.

The Low Birth Weight Clinic, now known as the Thrive Program, celebrates 40 years of providing for some of our most fragile patients. During that time, the program has cared for more 6,300 patients, and provided over 90,000 primary care visits, along with many associated interdisciplinary services.

Forty years later and the Thrive Program continues to be the only clinic in North Texas to providing specialized comprehensive primary care specifically to low birth weight and other high-risk NICU graduates through age five.

Elizabeth Heyne, PA-C, is the epitome of compassionate caregiving, bringing hope and comfort to every patient and family she encounters.

How can the Thrive Program help my child?

We are one of the leading neonatal follow-up programs in the country. Here, experts from UT Southwestern and Children’s Health provide evidence-based care that has been shown to help babies thrive and decrease their risk of complications. Our compassionate and experienced clinical care team empowers families and nurtures babies with these key services.

How do I start the enrollment process for my child?

Nothing is more important to us than your child’s health and well-being. Please call 214-456-6500 for more information or to make an appointment. 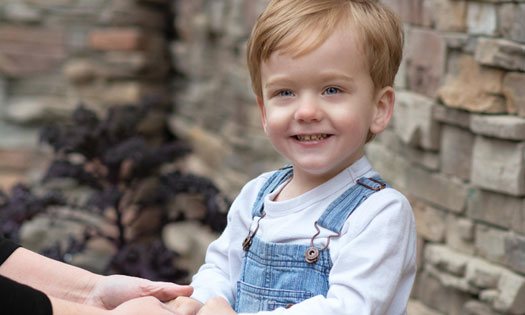 Thrive Program provides support and resources to Lucas and his family

Jenna was 27 weeks pregnant with her son Lucas when she traveled to Alabama to visit her new nephew. She made the relatively short flight from North Texas without incident and was excited to spend time with their family's newest member. 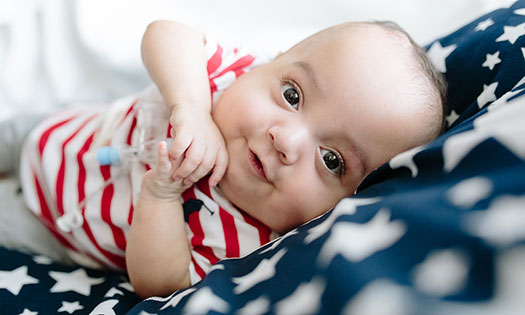 When Valerie was only a little more than halfway through her pregnancy with twins, Cruz and Cristiano, she began experiencing serious complications. 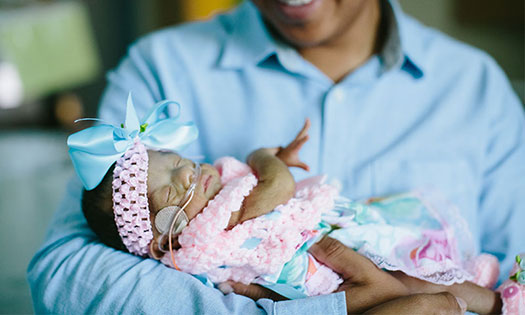 A tiny patient puts up a strong fight

Andrea, now four months old, was born 3 months before her due date. Until her delivery by emergency cesarean section, her mother, Brenda, had had a relatively uneventful pregnancy. As soon as she was born it was discovered that she had a giant sacrococcygeal teratoma at the base of Andrea's tailbone. Dr. Luc Brion, a neonatologist at Children's Health and Professor of Pediatrics at UT Southwestern, and the specialized Resuscitation Team at the Parkland Labor and Delivery Unit provided lifesaving resuscitation for Andrea and helped to stabilize her immediately after delivery. She was then transferred to the Children's Medical Center Dallas Neonatal Intensive Care Unit (NICU), the only NICU in North Texas to be designated as a Level IV (the highest level of neonatal care) by the Texas Department of State Health Services and nationally ranked by U.S. News & World Report on its "Best Children’s Hospitals" list.

Read more about A tiny patient puts up a strong fight