When Valerie was only a little more than halfway through her pregnancy with twins, Cruz and Cristiano, she began experiencing serious complications.

"I was 22 weeks, five days, and I began leaking amniotic fluid," she says. "I went into the hospital to be monitored and learned that both babies were doing great, but I would need to remain on bed rest until their birth."

But just a few days later, Valerie experienced a cord prolapse and was immediately taken into the operating room for an emergency cesarean section. She was exactly 23 weeks along.

Tragically, Cristiano, who was born first, passed away 22 minutes after birth. Cruz followed a minute later, weighing 1 pound, 6 ounces. After letting out a big cry, Cruz was immediately transferred to a NICU at a local Dallas hospital where he remained in critical condition for the next several months.

From the very beginning, Drs. Dariya and Savani were honest about the challenges Cruz faced, yet resolute in their commitment to do all they could to help him thrive.

"Cruz's lungs never fully developed before birth, and one of the biggest challenges Cruz and his doctors previously faced was trying to decrease his ventilator settings," Valerie says. "We were hopeful to have additional support from the experts at Children's Health." 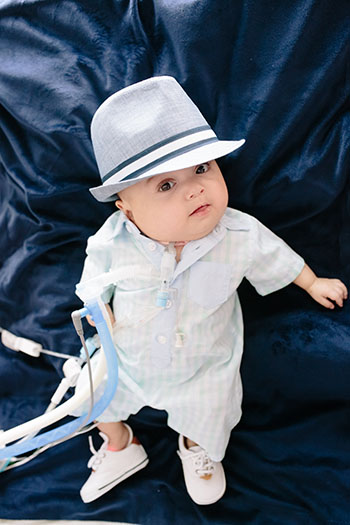 Soon after his arrival at Children's Health, Brett Whittemore, M.D., Pediatric Neurosurgeon at Children's Health and Assistant Professor at UT Southwestern, placed a ventriculoperitoneal (VP) shunt in Cruz's brain to help provide relief for the fluid collection that had occurred because of a grade IV brain bleed Cruz had since birth.

While he recovered from surgery over the next month, Cruz's care team worked to decrease his ventilator settings, remove his breathing tube, which he had had since birth, and place a tracheostomy.

"The respiratory care team was excellent in supporting us and educating us throughout the whole trach process," Valerie says. "They've made sure we have all the information we needed to help Cruz."

Cruz had also developed retinopathy of prematurity (ROP), a condition that affects premature infants and causes abnormal blood vessels to grow in a patient's retina. This can cause the retina to detach and, ultimately, lead to blindness. Using laser therapy, Yu-Guang He, M.D., Ophthalmologist at Children's Health and Associate Professor at UT Southwestern, removed the abnormal growth in Cruz's eyes to correct his vision.

"Cruz still has some challenges focusing at times and will most likely need glasses, but it was amazing what an effective procedure it was," Valerie says. "Dr. He even did it right in Cruz's hospital room!"

As Cruz grew stronger, doctors also placed a gastrostomy tube (G-tube) into his stomach to replace the feeding tube that had been in place since birth. Valerie, who was committed to pumping breast milk for Cruz, says he had always been a good – and eager – eater, and the G-tube just made it that much easier once he was on continuous feeds. 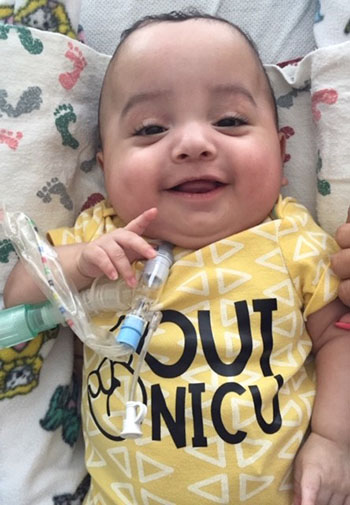 Nine months after being born, Cruz was discharged from the NICU to Our Children's House, which provides transitional care and inpatient rehabilitation for patients between acute care and returning home. While there, Andrew Scott Gelfand, M.D., Pediatric Pulmonologist at Children's Health and Associate Professor at UT Southwestern, worked with Cruz and his family to lower his ventilator settings even further.

Today, Cruz still requires 24/7 nursing care at home and relies on a ventilator to help him breathe. But he is on track developmentally according to his adjusted age, and he now weighs nearly 17 pounds.

"Cruz is grabbing, reaching and following his toys and is beginning to sit up with some support," says Valerie.

His dad, Robert, says thanks to the medical support Cruz has at home, their family enjoys their day-to-day, shared activities – both big and small.

"Cruz being home has been a huge adjustment, and we have been blessed with wonderful nurses who have become part of our family," Robert says. "Whether it's the excitement of everyone sitting watching a movie, enjoying a great game of football or even the mundane task of doing laundry, life is great, and having Cruz there to experience all of it has been beautiful." 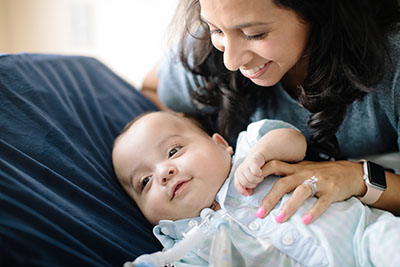 As part of a comprehensive program that cares for babies from fetus to 5 years old, Cruz is followed in the Thrive Program to ensure that he and his family receive ongoing care and support through Kindergarten.

For now, Cruz continues to work with occupational, speech and physical therapists to build up strength in his legs and learn to suck – but if there's one skill he has already mastered completely, it's smiling.

"Cruz is such a happy baby and is always, always smiling," Valerie says. "We are not entirely sure what the future may hold for Cruz, but he has already brought so much joy to so many people and our faith will continue to carry us through."

Thrive at Children's Health is a unique program that offers specialized comprehensive primary care to help premature babies and full-term babies with complex conditions reach their full potential in life.