At age 16, Alexa underwent spinal surgery to repair severe scoliosis at the Children's Health Andrews Institute Spine Center. Four months after surgery, she was back to her favorite sport – ice skating.

Ice skating has always come naturally for 16-year-old Alexa Hassell. She competes regularly and is a coach for younger skaters. When a fall through a trampoline in 2016 resulted in the discovery of scoliosis, Alexa worried about getting back to her favorite pastime.

“Initially we went to the doctor expecting to find out that she had suffered a minor injury from the fall,” said Tanya Hassell, Alexa’s mom.

They were shocked when an X-ray revealed otherwise. Alexa’s spine had a 30-degree curve. She began seeing orthopedic surgeon and was diagnosed with Adolescent Idiopathic Scoliosis. Dr. Brown referred Alexa to orthopedic surgeon, Dr. Christopher Redman, at the Children’s Health Andrews Institute. At this point, her spine had a 55-degree curve, meaning she would need surgery.

“Curves of this magnitude tend to progress even after the child is finished growing and can have significant impact on the heart and lungs later in life,” Dr. Redman said.

The scoliosis surgery is called a posterior spinal fusion with instrumentation. The goal of the surgery is to correct as much of the curve that is safely possible and to have the small vertebral bones that make up the spinal column and curve become one long bone. Once this happens, it prevents any possibility of further progression.

“At the Children’s Health Andrews Institute we have developed a team that works closely together throughout the patient’s pre-operative planning, hospital course and discharge,” Dr. Redman said. “This is integral to the patient’s safety and includes a set of nurses, physicians, physical therapists, Child Life Specialists, and many more that contribute to the patient’s care.”

Alexa’s mom says that Dr. Redman’s calming and kind demeanor along with his experience and success with this type of surgery gave them confidence Alexa was at the right place.

After a successful surgery, Alexa was determined to walk as quickly as possible while the team at Children’s Health Andrews Institute worked to control her pain. Four months after surgery, Alexa was cleared to return to ice skating. 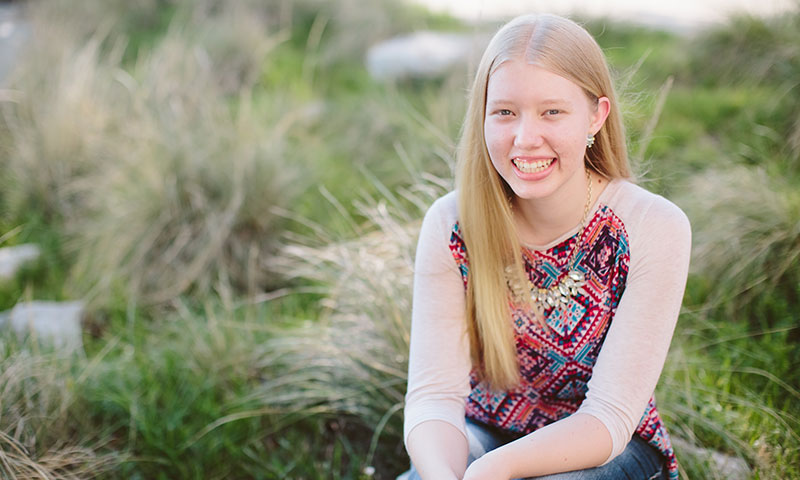 “I’m working on building my strength and regaining flexibility since surgery took a toll on my muscles,” Alexa said. “It’s super exciting to be back on the ice.”

Our highly trained spine specialists are able to treat all children, from spinal irregularities to scoliosis, with a range of treatment options including the use of advanced treatment technology.