Nearly six years after Koen's time in the NICU, his mom, Shonda, continues to give back

If you ask Shonda, her pregnancy was "picture perfect" for the first 20 weeks.

But at 21 weeks, Shonda's water broke, sending her into pre-term labor, and she and her husband, Scott, found themselves face-to-face with their worst fear.

"I thought I was going to lose my baby," she remembers. 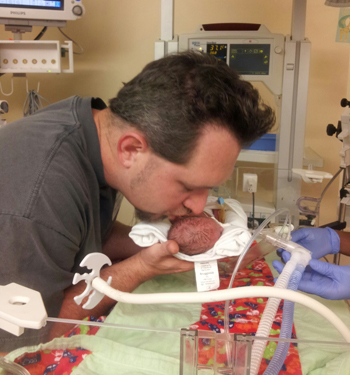 Shonda was admitted to the hospital in her hometown of Longview, Texas, where she and her unborn son, Koen, were closely monitored for the next two weeks. When a sonogram revealed that Koen had moved into the birth canal in preparation for delivery, Shonda had no other option but to deliver Koen at just over 23 weeks. He weighed less than 1.5 pounds.

"Doctors informed me that his chances of survival were less than 20 percent," she says.

Koen was immediately intubated and placed on a ventilator to help him breathe and transferred to the neonatal intensive care unit (NICU). Five days later, during a routine X-ray, Koen's doctor noticed an air bubble in his abdomen and suspected he had a perforated bowel. Koen required immediate surgery and needed to be transported to Children's Health℠. 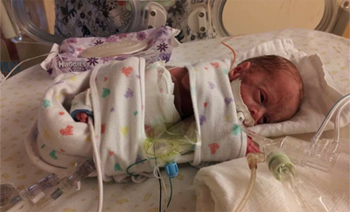 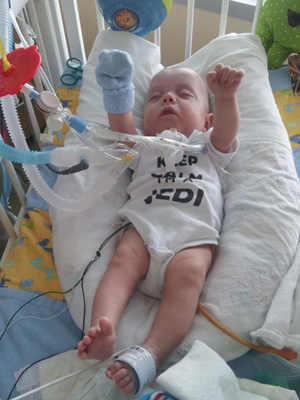 The UT Southwestern neonatologists worked daily to optimize Koen's respiratory and nutritional status. Over time, Koen grew stronger despite facing challenges. Eventually, a surgeon placed a tracheostomy and gastrostomy tube (G-tube) to support his breathing and nutritional needs. Although it wasn't initially the direction Shonda had hoped to go, she started to see an improvement in his condition almost immediately.

Koen was hospitalized for a total of 262 days before finally coming home. There, he was supported with 24-hour nursing care as well as physical, occupational and speech therapy. He remained dependent on a ventilator to breathe, but doctors continued to work to decrease the settings as he grew stronger each day.

Eight months later, Koen was breathing on his own, and by his third birthday, his trach was removed. "I have my miracle," Shonda says, when talking about Koen.

"Together, we are strong enough to endure" 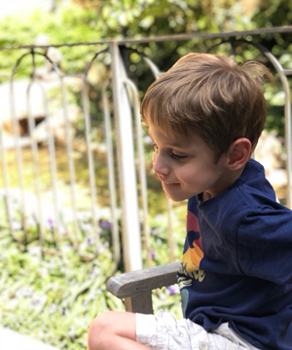 Today, Koen is 6 years old and thriving. With each passing year he grows further away from his time spent at Children's Health, but the NICU continues to hold an ever-present place in his family's hearts. This has prompted Shonda to serve as a dedicated member of the Family Advisor Network (FAN) at Children's Health for the past five years.

"I was asked about joining the council before Koen even left the hospital," says Shonda. "I decided that after all we had gone through, and would continue to go through, I wanted to be a family advocate in whatever way I could, to ease the pain or struggle even just one ounce for someone else."

Shonda worked with Children's Health neonatal leaders and other patient families to provide insight into opportunities to better support families with a child in the hospital. Discussions ranged from visitor guidelines in the NICU to offering suggestions on hallway artwork as well as speaking one-on-one with families who may want to hear from someone who has walked in their shoes. 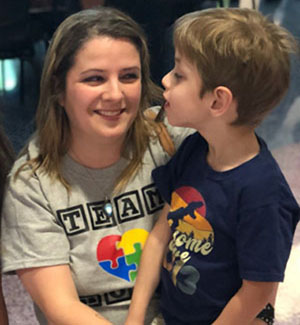 One of the projects that Shonda is most proud of is one that also may be the most personal to her: ensuring every NICU family receives a specialized journal to document their own journeys. The journals, which include space for both the medical and personal aspects of each patient's progress, were introduced in the summer of 2019 and are a simple, but effective way to empower families in their child's care.

"I kept a journal every day during our rollercoaster journey in the NICU," she says. "It not only helped me process my own emotions, but also helped me learn about Koen, his needs and what he was going through. It built up my confidence to help care for him and communicate with his care team to advocate for his needs."

In addition to her contributions to Children's Health, Shonda is also Co-Chair of Dallas NICU H.O.P.E (Helping Other Parents Endure), a non-profit focused on supporting NICU families during their hospital stay. Each year, the group provides a homemade Thanksgiving feast for NICU families and staff and raises funds to provide necessities and gifts for families each holiday season. 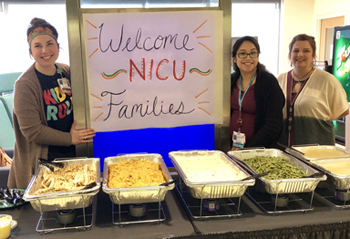 "We have to take what we've been through with Koen and make the best of it, and if I can help someone else out, I'm going to do so," Shonda says. "Through my experience, I learned that the bonds formed with other parents are so important; we need each other to lean on, to cry with, to inspire, to lift up, and also to remind ourselves and others that, together, we are strong enough to endure."

The UT Southwestern Neonatal-Perinatal Medicine experts at Children's Health provide comprehensive care for a wide variety of neonatal conditions and are dedicated to improving outcomes for the tiniest of patients. Learn more about our top-ranking Neonatology program.