At 23 weeks pregnant, Carrie's son was diagnosed in utero with Hypoplastic Left Heart Syndrome. She turned to the Heart Center at Children's Health for support.

Josiah is a sweet toddler who is full of energy and joy. He started preschool last fall, has a new baby brother and enjoys proudly reciting the Pledge of Allegiance. His mom, Carrie, says that looking at him, you’d have no idea he’s had such a scary journey in his three years – a journey that started at Children’s Health℠ even before he was born.

When Carrie was 23 weeks pregnant, Josiah was diagnosed in utero with Hypoplastic Left Heart Syndrome (HLHS). The news came just three days before Carrie planned to move to Texas to join her husband, Michael, who had previously relocated to the Dallas area for a new job. Two weeks after arriving in Texas, with stuff still in boxes, Carrie found herself at Children’s Medical Center Dallas. There, she met the Fetal Heart team, toured the ICU and discussed coordination for Josiah’s delivery and care after birth.

“It was a whirlwind of a day, to say the least,” she says. “But the team members were a light in such a difficult time as they welcomed us to the program and have become like family to us.”

The Fetal Heart program at Children’s Health is one of just two in the state of Texas to focus on the heart patient’s journey before they’re born. The team worked alongside Carrie and Michael to develop a specialized care plan for Josiah to start the moment he arrived.

Less than two months later, Josiah Michael was born on Aug. 3, at 32 weeks, weighing 5 lbs., 2 oz. Carrie enjoyed about 45 precious seconds with Josiah on her chest before his care team took over and prepared him to be transferred to Children’s Health. 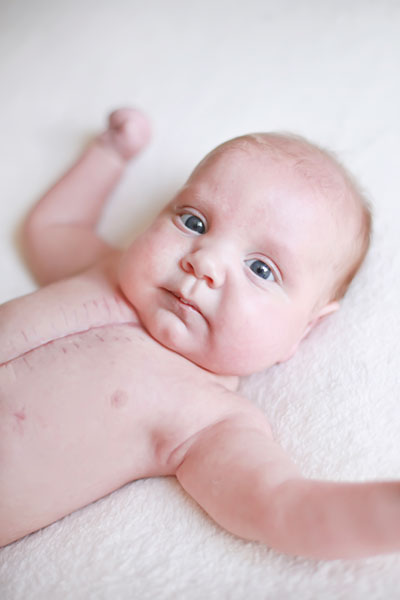 Since Josiah was premature, he was too small for the Norwood operation that was originally planned for him within his first weeks of life. Still at just 4 days old, doctors performed a pulmonary artery banding operation. Josiah did great, and the surgery was deemed a success. Three weeks later, doctors placed a stent to help support his heart. From that point on, Josiah steadily gained weight and strength as he prepared for his Norwood operation.

On Sept. 24, which also happened to be his due date, Josiah was taken into the operating room once again for his Norwood operation. After another successful surgery, Josiah began the recovery process, and on Oct. 29, after almost three long months in the hospital, Carrie and Michael finally got to take Josiah home.

At home, the family continued to be supported by the Children’s Health team through the Safe at Home program, which Carrie describes as a blessing. “It was a huge sense of relief to know there was always someone available should the need arise,” she remembers.

Josiah did well during those few months at home as he waited for his next procedure, known as the Glenn operation. Carrie and Michael checked his weight and oxygen levels every day and learned how to manage the challenges of a feeding tube. “In our minds, a feeding issue was small in comparison to what Josiah had just conquered,” Carrie is quick to point out.

Four months later, Josiah had a successful Glenn operation and graduated from the Safe at Home program. Carrie and Michael describe the months that followed as a “breath of fresh air.” Even though they continued to meet with Josiah’s cardiologist every few weeks, they were able to travel back to Nebraska that summer to visit family and celebrate Josiah’s first birthday.

Today, more than two years later, Josiah is doing great. His most recent appointment with his cardiologist showed that his heart function is strong. Carrie and Michael continue to monitor him for signs of fatigue or decreased oxygen and in the next year, he should undergo his Fontan procedure, which will complete his series of surgeries. Josiah meets with a speech therapist and physical therapist twice a week and has a G-button feeding tube, but Carrie says it doesn’t slow him down.

“We don’t want to just keep him in a bubble,” Carrie says. “We try to live each day in full appreciation of his life and give him all the experiences we can so he can enjoy life as any other 3-year-old would.”

The nationally renowned team of pediatric cardiologists and subspecialists at Children’s Health treat the whole spectrum of pediatric heart problems, with a commitment to excellence. Learn more about our Fetal Heart Program.

Babies with complex congenital heart conditions need special care. The Fetal Heart Program offers that care even before your baby is born. We offer access to state-of-the-art technology and proven treatment plans that lead to recognized outcomes.