{}
Diana’s Story: Surviving Cancer Was Only the Beginning

Diana’s Story: Surviving Cancer Was Only the Beginning 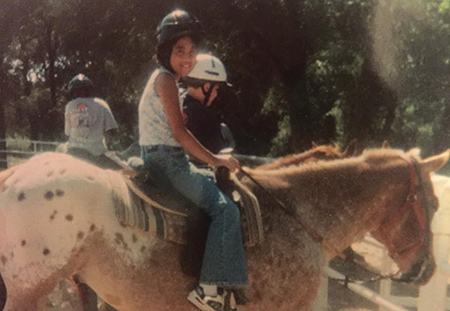 While most families were preparing for Thanksgiving dinner, in November 1999, Diana and her family were preparing for the fight of her life. Diagnosed at just 11 years old with acute lymphoblastic leukemia, she was admitted to Children’s Health℠ on “Black Friday” and began chemotherapy treatments immediately.

Fortunately for Diana, her cancer quickly went into remission, but over the next couple years, she continued to undergo additional treatment, including shots, spinal taps and oral medications.

Diana had a great support system – and still does. But her recovery was not without challenges. Like many cancer patients who are diagnosed at a young age, she faced difficulties connecting with her peers.

“As a pre-teen, my diagnosis made me feel alienated,” she says. “Losing my hair, missing so many days of school and having to deal with chemo was something my classmates didn’t understand, which often made it difficult for us to relate with one another, especially in those first few months after my diagnosis.”

Diana counts the staff at Children’s Health as critical members of her support team. She says the doctors, nurses and staff became her extended family during those difficult times. Dr. Victor Aquino oversaw most of her care.

“They were so kind and encouraging to me and my family,” she says. “They were so caring to all their patients and connected us with resources that helped make the experience a bit easier, like the Children’s Cancer Fund (CCF) Annual Gala/fashion show and Camp Esperanza.” 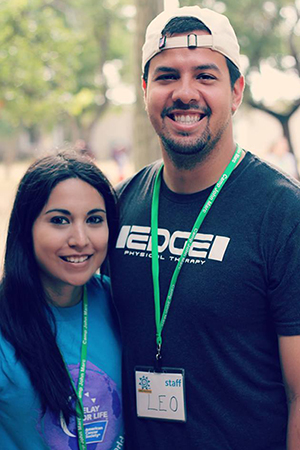 Diana not only participated in the fashion show as a patient, she has also volunteered at the event every year since her diagnosis, dedicating her time for the past 17 years. But, she says what really made a lasting impact were her weeks spent at Camp Esperanza, a camp aimed at providing cancer patients with a safe and supportive summer camp experience.

“Camp was a game changer for me,” she says. “It was the first time I really got to interact with kids who were going through treatment or were in remission, and it was the first time I didn’t feel different. Even my parents and sisters could tell when I came back from my first week at camp that I felt more confident and positive about my experience with cancer.”

Diana attended Camp Esperanza as a camper each summer from 2000 to 2003 and it quickly became her “favorite place in the world.” In fact, just one month after turning 21 – the required age for camp counselors – she was back at camp as a counselor, fulfilling her desire to give back to other children facing some of the same battles she faced as a young girl. This year marks her eighth summer volunteering as a counselor at Camp Esperanza, where she was joined by a record-breaking 25 former campers also serving as counselors.

Each year, shares the same powerful message with campers: “You are not alone. There are so many people who have fought this battle before you, or who are going through it now. Stay connected with them because we will be your best allies in this fight!” For Diana, this message could not be truer. Not only has she made life-long friends at Camp Esperanza, she became engaged to her husband at the camp when they were both counselors.

Today, Diana and her husband, Leo, live in Dallas, where she works as a communications manager for the North Texas Food Bank.