What is Nevus Sebaceous? 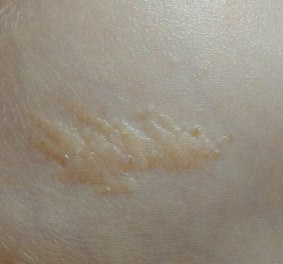 How is Nevus Sebaceous treated?

Generally, it is recommended to surgically remove the skin lesion once the diagnosis is made. Removal is suggested due to the known incidence of basal cell carcinoma, which occurs in approximately 5-8% of nevus sebaceous lesions. This change does not happen before puberty, however. At puberty, these birthmarks often grow, thicken, develop a wart-like appearance, and may become slightly itchy or irritated.