What is Pediatric Metopic Synostosis? 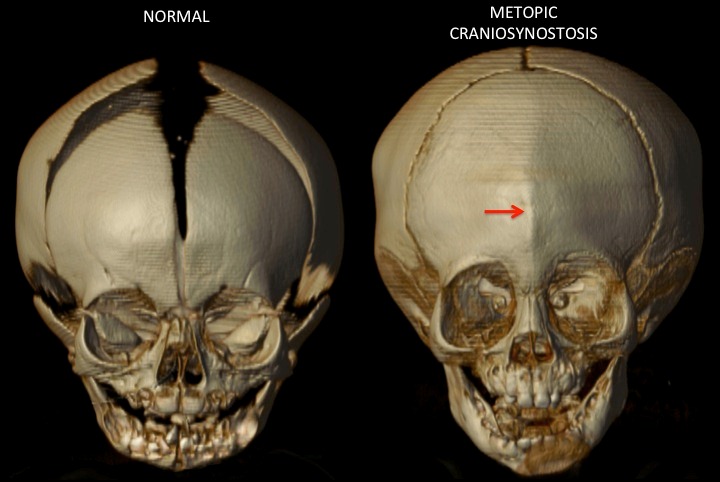 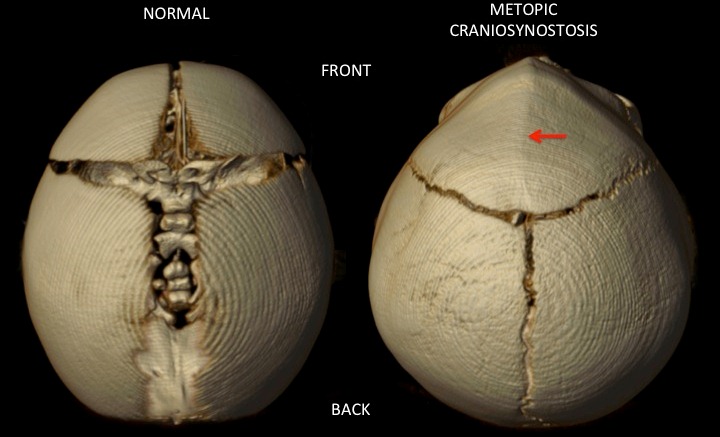 The severity of head shape and appearance changes in metopic craniosynostosis ranges from thickening of the suture, causing a ridge in an otherwise normal skull, to the most severe, with a severely pointed forehead. The most severe have:

See Before and After Photos

How is Pediatric Metopic Synostosis treated?

There has been increased interest in using extended strip craniectomy with post-operative helmeting in patients with metopic synostosis. We feel that this approach may undercorrect the abnormal contour of the eye sockets and forehead when compared to the degree of improvement seen in open cranial vault procedures. In general, we use a fronto-orbital advancement tailored to a patient’s deformity.

This approach allows widening and reshaping of the forehead and moving the upper part of the eye sockets and temple areas to correct the “pinched” appearance to the forehead.. Bone from the back of the skull is fixed into position to widen the forehead using absorbable plates to allow for this reshaping. Surgery overcorrects the width of the forehead so the patient will “grow into” his or her forehead. Again, the goal is to achieve a normal dimension to the forehead when the patient is fully grown.