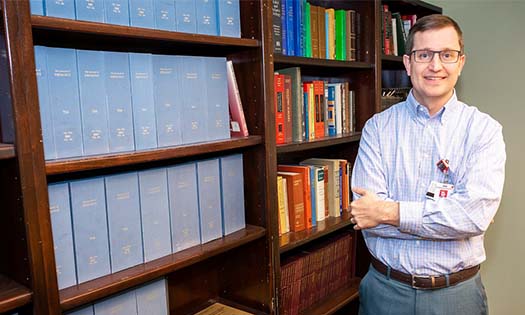 In an era of robotics and minimally invasive surgeries, testicular torsion is a urologic emergency that still requires regular old-fashioned open surgery – and fast.

Patients have between four and six hours before permanent damage starts. Delayed diagnosis and treatment can lead to testicular loss, which has lasting physical and psychological impacts.

Bruce Schlomer, M.D., Pediatric Urologist at Children’s Health℠ and Associate Professor at UT Southwestern, sees many patients who have suffered damage by the time they arrive at Children’s Health in Dallas. He wants to help other physicians understand what causes these delays, so they can start finding better ways to prevent testicular loss.

Most Delays Begin at Home

Research has shown that most treatment delays happen because patients (or their parents) don’t realize that scrotal/testicular pain is an urgent problem. One study found that males under 18 waited up to 20 hours before heading to the ED; males over 18 waited around four.

“The greatest delays usually happen before children and teens even see a physician,” Dr. Schlomer says.

The pain can be excruciating, but boys often try to tough it out. Or, they may complain of “abdominal pain”, which can lead to a misdiagnosis.

“Every male who comes in with complaints of abdominal pain needs to have a scrotal exam to make sure the testicles are normal,” Dr. Schlomer says. “If there’s any concern at all, just get an ultrasound.”

The growth of freestanding emergency departments may also play a role in treatment delays.

“Freestanding EDs can do imaging, but they may have to call in a sonographer to do the test, which I have seen taking an hour or more,” Dr. Schlomer says. “Then they need to have the test interpreted by a radiologist somewhere, which takes more time. Then, once they’re finally diagnosed with testis torsion, the patient has to be transferred to a center that does surgery.”

While urologists can’t prevent patients from visiting these freestanding EDs, they can look for ways to expedite the process after a patient is referred to their hospital.

For example, Dr. Schlomer and the urology team at Children’s Health tested a protocol where patients diagnosed with torsion elsewhere by ultrasound were transferred straight to the operating room, skipping the ED.

Compared with patients who went through the ED, patients who skipped the ED were in surgery 40 minutes faster. Yet, there was no difference in testicular salvage rates between the two groups.

“The delay in treatment was already there, so an average of 40 minutes didn’t make a huge difference,” Dr. Schlomer says.

There are still many hurdles to improving the speed of diagnosis and treatment for testicular torsion. The greatest may be raising awareness in patients and parents about the condition and need for immediate care.

“At Children’s Health, we treat many testicular torsion patients and get them in as fast as possible. But, we can’t control delays elsewhere,” Dr. Schlomer says. “Research has been mainly focused on improving speed from diagnosis to surgery but raising awareness in the public has not been addressed adequately.”

Learn more about the urology program at Children's Health.