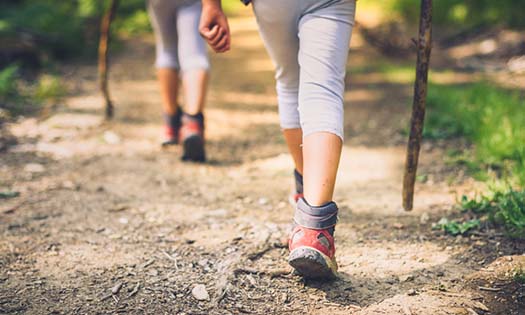 Lyme disease is on the rise, with the U.S. Centers for Disease Control and Prevention (CDC) reporting that cases of tick-borne illnesses more than doubled from 2004 to 2016, from 22,000 to 48,000. Making matters worse, the disease is sometimes tricky to diagnose.

Lyme disease is characterized by a myriad of symptoms: rash, fatigue, and fever are often present while joint swelling, heart conduction abnormalities, specifically heart block and meningitis, are far less common. There is no reliable biomarker for detecting the disease. And the only FDA-approved antibody test identifies later stages of Lyme disease but often misses the infection in its earlier stages. False-positives are also a problem.

“I've encountered a lot of these problems, and they can lead you down a rabbit hole to where it becomes easy to misdiagnose the problem and treat the wrong disease,” says Jeffrey Kahn, M.D., Ph.D., Chief of Infectious Disease at Children’s Health℠ and Division Director of Infectious Disease at UT Southwestern, “Physicians need to use their clinical judgement when diagnosing early Lyme disease.”

If a child presents with symptoms, Dr. Kahn recommends physicians ask four key questions to help them catch a Lyme infection early -- or to make a different diagnosis if the signs don’t point to Lyme disease.

Has the patient been to a Lyme endemic area?

Ticks only carry Lyme disease in certain parts of the world. In the U.S., they’re most common in the Northeast and Upper Midwest. If a child hasn’t been to these areas recently, they most likely do not have Lyme disease.

“If you’re a clinician up in Connecticut or Wisconsin and a child comes in with a concern of Lyme disease, that’s one thing,” Dr. Kahn says. “But if you’re a pediatrician in Texas and you see a patient who hasn’t been out in the woods and hasn’t left Dallas, I would be very reluctant to move forward with diagnostic testing.”

Has a tick bitten them?

Lyme disease can only be transmitted through bites from infected deer ticks (also called black-legged ticks). In most cases, the tick must be attached for at least 36 hours before it can transmit the disease.

Not all children will recall being bitten by a tick. Even if they don’t remember being bitten, it’s important to keep Lyme disease in mind if they’ve been to a Lyme-endemic region.

If a child has been bitten by a deer tick, the next sign would be a “bullseye” rash. This rash has a dot in the middle and a clear, large red circle surrounding it. Not every child who has Lyme disease will have this rash, but most will. 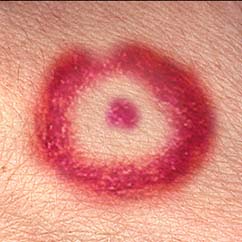 “A true bullseye rash is very circular with central clearing,” Dr. Kahn says. “This is different from a bite with redness around the edges – it's a very distinct circle. It’s always important to check a child’s scalp because their hair could be covering a rash.”

Have they fainted, experienced palsy or swollen joints?

If Lyme disease goes untreated, it can manifest as swollen joints, cranial nerve palsy or heart block. This swelling is most commonly in a single large joint, typically the knee. Swelling in the hip joint and temporomandibular joint may also indicate Lyme disease. Some cases of Lyme disease may also cause cardiac symptoms like atrioventricular block, myocarditis and mild left ventricular dysfunction.

“These symptoms can also be signs of other conditions, like rheumatoid arthritis or fibromyalgia,” Dr. Kahn says. “If a child does not have a bullseye rash and especially if they have not been to a Lyme-endemic area, Lyme disease is probably not what’s causing them.”

Are they responding to antibiotics?

If a patient isn’t responding to oral antibiotic therapy, it may be time to take a second look at their symptoms and rethink the diagnosis. Overtreating for Lyme disease can draw attention away from conditions that present with similar symptoms like lupus, rheumatoid arthritis and multiple sclerosis.

“In my 20 years as an infectious disease specialist, I’ve only seen about five cases where antibiotics don’t work,” Dr. Kahn says. “And there has always been a logical explanation, like those kids were misdiagnosed or not taking medication properly.”

Physicians play a crucial role in accurately diagnosing Lyme disease and educating parents about the illness. Asking a few extra questions before diagnosing and treating this condition can make a big difference.

“It’s important to remind parents that prevention can go a long way,” Dr. Kahn says. “If you have children who are in endemic areas, who are out playing in the woods, check them for ticks. And if your child does develop Lyme disease, it's easily treatable with antibiotics. Most cases can be treated with a 3-week course of oral antibiotics.”

Learn more about the infectious disease program at Children’s Health