After concussion symptoms threatened to sideline a young soccer player from day-to-day activities, she found specialized care to help her recover

In November 2018, Sawyer was excited for her first soccer game back after a 12-week hiatus due to a jaw injury. She had been playing soccer since she was a young child and was thrilled to earn a starting position back after her injury.

During the game, however, Sawyer and an opponent jumped up to head the ball during a play – and collided instead.

When she got in the car after the game, her mom, Mandy, could tell something was wrong.

"Sawyer said she had a headache and her stomach hurt," Mandy says. "We knew something just wasn't right."

A concussion diagnosis brings uncertainty for the future 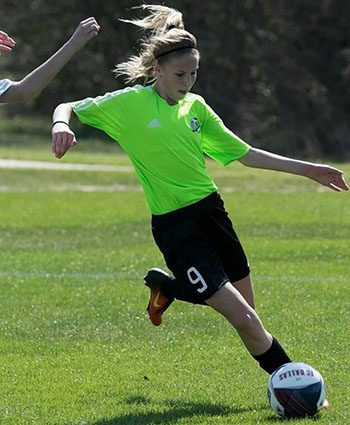 The next day, Sawyer's pediatrician confirmed that she had suffered a concussion and directed her to follow standard concussion protocol – no televisions or phone screens, avoid loud noises, and no sports or strenuous activities.

"Sawyer continued to go to school, but by second period, her head hurt so badly she would often have to come home early," Mandy says.

Over the next few weeks, Sawyer's pediatrician monitored her progress, but unfortunately, her symptoms weren't improving. Sawyer continued to have daily headaches and had tremendous difficulty reading and solving simple math problems because she couldn't keep the numbers in line.

By January 2019, Sawyer and her family began to feel discouraged that there was no end in sight and feared there wasn't anything more that could be done.

"With a broken bone, you know it's going to heal, but with your brain, you just never know," Mandy says.

After learning about her challenges, Sawyer's previous orthopedic surgeon suggested the family reach out to Scott Burkhart, Psy.D., a neuropsychologist at Children's Health℠ Andrews Institute for Orthopaedics & Sports Medicine who specializes in concussion treatment and management.

Mandy called to make an appointment and was surprised to get a phone call back just a few hours later – from Dr. Burkhart himself.

"He wanted to hear more about Sawyer. Instantly, he showed me how kind he was and that he truly cared about my daughter," says Mandy.

Three days later, Sawyer and her mom traveled from their hometown of College Station to Children's Health Andrews Institute to meet with Dr. Burkhart. Sawyer had completed a concussion baseline test prior to her soccer season, so Dr. Burkhart was able to compare her current status with the previous results to determine the extent of her injuries and how to treat them. Because Sawyer was still suffering from significant visual and vestibular issues, Dr. Burkhart and his team developed a physical therapy program aimed at improving her balance and visual strength that also included sport-specific exercises. After a few sessions, Sawyer returned to College Station to continue therapy at home.

Over the next several weeks, Sawyer continued her exercises at home, returning to Plano in February for a follow-up visit with Dr. Burkhart. Stress from school and extracurricular activities seemed to exacerbate her symptoms, so she and Dr. Burkhart discussed a plan to address it.

"Dr. Burkhart always talked to Sawyer directly to make sure she understood what was going on and to gently keep her accountable for her part in her own recovery," says Mandy.

Specialized care at home with Teleconcussion

By March, Sawyer felt much better. Her headaches were going away and her reading comprehension and math skills had greatly improved. During a phone call to touch base about her progress, Dr. Burkhart suggested they utilize a new tool – Teleconcussion – for Sawyer's last visit before she was cleared to resume normal activities. 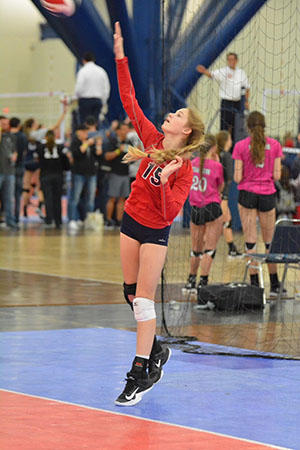 "The ability to utilize telemedicine technology with pediatric concussion patients has been a tremendous addition to our clinical care model at Children's Health Andrews Institute," says Dr. Burkhart. "It is imperative for patients with concussion injuries to have immediate access to specialized medical care, and by integrating clinical concussion treatment and management into a compatible model for delivery via telemedicine, it only allows greater access to our concussion team."

"Dr. Burkhart interviewed Sawyer over the video call and was even able to perform the same visual field tests he did in the office to evaluate her eye movement and progress," says Mandy. "It was certainly more convenient than driving three hours to Plano for an in-person appointment, and he was able to release her for activities right over the phone."

Today, Sawyer's symptoms are completely gone, and she was able to take her freshman exams without any special accommodations. During her sophomore year, she plans to play volleyball, basketball, track and field and golf. She remains as driven as ever to achieve her goals – both academic and athletic – which now include pursuing a career in physical therapy based on her experiences at Children's Health.

The only pediatric institute of its kind in Texas, the Children's Health Andrews Institute for Orthopaedics and Sports Medicine aims at reducing the number of children being sidelined from injury. Learn more about our wide range of services available to help athletes stay healthy and improve their game. 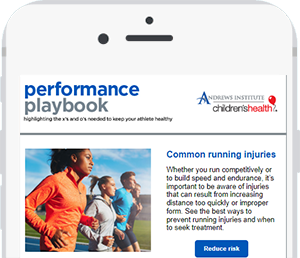 Expert evaluation techniques, personalized treatment and post-concussion guidance mean a safe recovery for athletes and a return to sports at the right time.