Olivia was 26 weeks pregnant when she learned that her unborn son, Noah, had hypoplastic left heart syndrome (HLHS), a congenital heart defect critically affecting the left side of his heart. 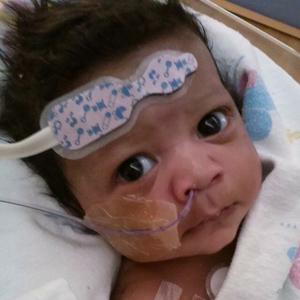 Noah initially appeared to be on the road to recovery after his Fontan procedure, but he soon developed significant complications. When weaning off his pain medications, he experienced acute kidney failure, which required temporary dialysis to allow his kidneys to heal. Additionally, shortly after surgery, excess lymphatic fluid began building up around Noah's lungs. Known as pleural effusions, this fluid caused pressure on Noah's chest, making it difficult for him to breathe.

After intense rounds of intravenous medications to reduce the fluid and several weeks of inpatient occupational and physical therapy, Noah was eventually strong enough to go home.

His time at home was short-lived, however, as Olivia noticed her son was having difficulty breathing at night. By the second night, she worried that the pleural effusions had returned and brought him back to the emergency room where her suspicions were confirmed.

"Noah's oxygen levels had dropped to 70% and the fluid was really building up in his abdomen," Olivia says.

As Noah's doctors struggled to get the pleural effusions under control, they realized he would need specialized care. It was then that Olivia learned of the Lymphatic Evaluation and Intervention Program, part of the Pediatric Fontan Program at Children's Health℠. This program is one of the first to provide comprehensive, long-term care to address the complex needs of patients after their Fontan procedure. 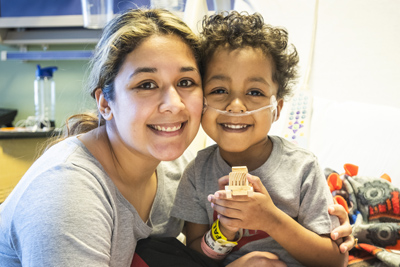 Dr. Reddy suggested they first look at Noah's diet to help reduce the amount of lymphatic fluid being produced by his body. He was placed on a no-fat diet and monitored for the next several days. Noah's pleural effusions did appear to go down, but his family and medical team understood that maintaining such a strict diet and the level of medications he was on in the hospital was not sustainable at home. Together, they decided it was necessary to pursue the high-risk lymphatic intervention.

Noah was taken to the location just outside of the MRI suite first where Drs. Reddy and Pimpalwar placed tiny needles in the lymph nodes of his leg. He was then carefully transferred to the MRI magnet and a contrast was injected to delineate the lymphatic anatomy and flow abnormalities using specialized imaging called dynamic contrast magnetic resonance imaging (DCMRL). The MR imaging is overseen by Dr. Hussain and his MRI colleagues.

While Noah was transferred from the MRI suite to the cardiac cath lab for lymphatic intervention, Drs. Reddy and Pimpalwar collaborated with the MRI team to come up with a game plan for the lymphatic intervention. Dr. Reddy and team used a long needle that was advanced from the front of the abdomen to obtain direct access to the thoracic duct (the main lymphatic channel). There were a multitude of small lymphatic channels leaking fluid into the lungs on both sides. A decision was made to perform a total thoracic duct occlusion procedure which was safely accomplished with combination of plugs, coils and glue material.

"Noah was referred to our lymphatic occlusion program from another hospital in the DFW area after he suffered from high output chylous effusions that developed immediately after Fontan surgery. He was managed with aggressive medical therapy with no real benefit and the previous team had maxed out all options," Dr. Reddy says. "When I first saw him, he looked very unhappy and miserable with multiple lines and poor nutrition. All efforts to dry out the effusions in his lungs were failing and he started developing complications from medical therapy. I met with Noah's family and discussed the high-risk lymphatic occlusion procedure using the transabdominal approach to get into the thoracic duct and occlude the lymphatic channels that were leaking fluid into Noah's lungs. His parents agreed, and we were able to get the job done in the first attempt."

Within a week, the fluid around Noah's lungs had reduced significantly, and his oxygen levels improved. Fat-containing foods were slowly introduced back into his diet, and the pleural effusions remained under control. Noah was soon able to go home from the hospital, requiring no oxygen support, on a normal diet and under no special restrictions.

"Dr. Reddy's work is ultimately the only thing that got us out of that hospital," Olivia says. "I continue to thank him every time I see him!"

Today, three years later, Noah is an energetic second grader who loves baseball, reading and riding his bike. He is closely monitored by Amit Verma, M.D., a pediatric cardiologist with Pediatric Heart Specialists, a Children's Health Care Network Partner, and continues to see Dr. Reddy, who collaborates with liver, lung and kidney specialists within the Fontan program to identify any potential medical issues before they become severe. 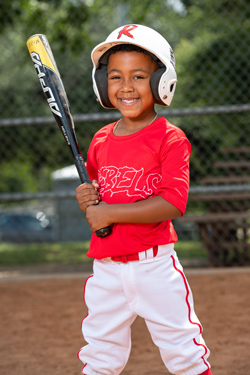 "As the Medical Director of the Fontan-Single Ventricle program, I have partnered with excellent specialists to establish the multidisciplinary program that is dedicated to the lifelong care of all single ventricle patients. Our multidisciplinary team specializes in proactively screening/treating for all sorts of complications that our patients are at risk for. Examples include anatomical pathway problems, pump failure, valve regurgitation, lymphatic abnormalities like chylous effusions, plastic bronchitis and protein losing enteropathy. There are not many hearts available to transplant every single patient with failing Fontan physiology. We need to do everything we can to keep their body running with their own engine/heart".

Olivia is simply amazed by how far Noah has come over the years and is grateful to all that have helped keep her son healthy and safe.

"Noah uses that special heart he's got to help love and care for anyone in any situation," says Olivia. "No one would ever know what he has been through looking at him today. I am truly amazed by his progress!"

Children's Health is one of the very few pediatric hospitals in the United States with a program dedicated to helping Fontan patients live long, fulfilling lives. The Fontan program brings together a team of multidisciplinary experts to treat all aspects of your child's condition, and provides cutting-edge therapies, including complex lymphatic interventions that are available at only a small handful of hospitals. Learn more about the Fontan program.

Cardiac catheterization intervention techniques can treat a variety of heart conditions in children. Learn more about these procedures at Children’s Health.

The Fontan Program at Children’s Health is focused on helping children live fulfilling and active lives after the Fontan procedure. Learn more.