Care when every second counts

After a serious vehicle crash, the trauma experts at Children's Health worked quickly to save lives. Now, 17 years later, the care team and now-grown children reunite. 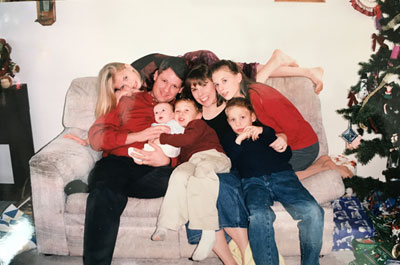 Early on the morning of November 22, 2000, Keith and Nancy packed their five kids into the van to travel from their home in McKinney, Texas, to visit relatives in Austin for the Thanksgiving holiday. The family had recently moved to Texas and were looking forward to the trip with anticipation.

Tragically, as their van approached the highway, it was hit by a semi-truck traveling at 60 miles per hour. Nancy passed away on the scene, and Keith, just one day later. For their children, time was of the essence to save their lives.

Andre, 5 years old, was flown directly to Children’s Medical Center Dallas. Barry Hicks, M.D., Pediatric Surgeon at Children's Health℠ and Professor at UT Southwestern, received the child in the emergency room. He had bi-lateral femur fractures and was at risk for losing blood.

Soon after, the Children’s Health transport team received a request from a hospital in McKinney: They were working to stabilize Andre’s little brother, Caleb – but he was in critical condition and needed to be airlifted to Children’s Medical Center Dallas for care.

Margie Craft, RN, was part of the team who flew with Caleb to Children’s Medical Center Dallas that day. Caleb was only 13 months old, and had severe head trauma and multiple skull fractures.

“In a situation like this, first, you must have a caring heart toward the child,” says Margie. “Then, you must be able to manage the child’s care to the best of your knowledge, because you might not have all the details at that moment. You use your tools and resources to provide the best possible care at a critical time.”

When Caleb arrived at the emergency room, Bradley Weprin, M.D., Pediatric Neurosurgeon at Children's Health and Associate Professor at UT Southwestern, knew he had to act fast to save the young child’s life. Caleb had an epidural hematoma, or bleeding on the brain – and the team rushed him into surgery. Dr. Weprin, assisted by Angela Price, M.D., Pediatric Neurosurgeon at Children’s Health and Assistant Professor at UT Southwestern, performed a craniectomy to evacuate the blood clot and stop the source of bleeding, and the trauma surgeon checked for any other internal bleeding.

“Every second is precious when you’re working with a traumatic brain injury, especially in a child that young,” says Dr. Weprin. “It truly takes a team who works seamlessly together to make a surgery and subsequent care successful. I can say that there is no other place that I would want my own children cared for.”

A family gathers and waits 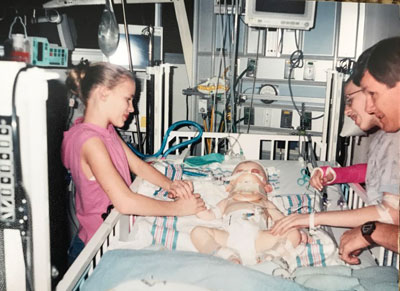 Once out of surgery, Caleb moved to the PICU for close monitoring. Andre, who was in stable condition, was taken into the care of Daniel Sucato, M.D., Pediatric Orthopedic Surgeon at Children's Health and Professor at UT Southwestern, and put in a spica cast to heal both his leg fractures.

Meanwhile boys' older sister, Alyse, was also being treated. The 14-year-old had been taken to a nearby hospital after the crash, and came to the clinic for evaluation of her broken femur and arm, prior to leaving the DFW area.

The kids’ aunt and uncle had flown in from Utah, and the family gathered at the hospital, hoping that young Caleb would pull through. Dr. Weprin and the PICU team, including nurses Lori Allen and Jamie Knapp, kept close watch over Caleb, as he experienced complications and side effects of his injuries such as seizures. Then, one week after the crash, Caleb woke up and started to show signs of recovery. A few days later, he was moved out of the ICU and continued to progress.

The long road to healing – and back to Children’s Health 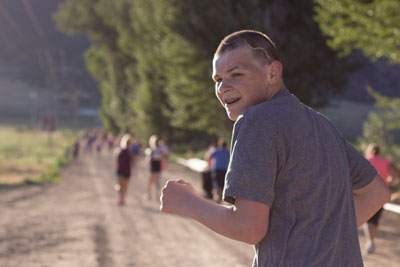 While their lives were forever changed the day of the crash, the children have grown older and healthy together. Caleb, now 18, raises awareness for traumatic brain injury survivors by running 5Ks. He often shaves his head before a race to reveal the unique zigzag incision on top of his head, the scar from his life-saving surgery with Dr. Weprin.

Now, the team who cared for the children in 2000 has the chance to reunite with them and celebrate their journey since that day. In December 2017, Caleb created a video to find the care team who saved his life. His search is bringing his entire family back to Dallas to meet team members who cared for him when he was a young child; more than 20 of them still work at Children’s Health today.

“As a pediatric neurosurgeon, every child that I have the privilege to care for has a significant impact on me,” says Dr. Weprin. “It’s an absolute honor to meet this brave family again, and to have played a part in their story.”

The reunion is a meaningful reminder for the entire team that every second they work tirelessly to save children’s lives really does count.

Watch the video to see the reunion

Children’s Medical Center Dallas is the only children’s hospital with a Level I Trauma Center designation in North Texas, with the second-busiest pediatric emergency department in the country. Our experts provide comprehensive care to the most critically injured of children, 24/7 and 365 days of the year. Learn more about our services and commitment to providing the highest quality of care.