Two boys, living in two states, brought together by a rare condition 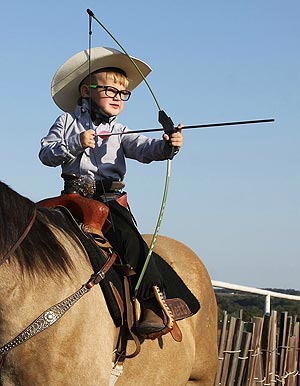 A 10-year-old football fan from Lake Dallas and a 5-year-old farm boy from Oklahoma have matching scars and are the best of friends. “The boys relate to each other on a different level,” says Shanna, Payton’s mom.

Payton and Jett have Bowhunter’s syndrome, an extremely rare vascular disorder which caused both boys to have strokes. Doctors at Children's Health℠ have treated seven patients with this condition in three years, the most in the country.

From football to neurosurgery

In October 2015, Payton fell on his neck while diving for a football in the yard. He experienced headaches and blurry vision, so Shanna took him to the pediatrician where a neuro evaluation turned out normal. On December 17, he woke up with a bad headache and vomiting. While in Alabama visiting family on Christmas Eve, Payton jogged through the yard tossing a football in the air and suddenly fell to the ground.

“He couldn’t feel his leg,” Shanna says. “When I asked him to walk about 20 feet from the couch to the table, he couldn’t do it. After he sat down again, his whole body began moving in a circle.”

Shanna carried Payton to the car and rushed him to the closest Emergency Department where a doctor said he seemed fine. But Shanna’s intuition told her otherwise.

“I begged for an MRI, but the doctor said we had to go through our primary care physician to get one,” Shanna says. “I called our pediatrician in Dallas and set up an MRI for the next available time which was two weeks later.” 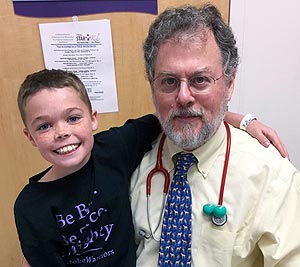 Payton went back to school after Christmas break, and Shanna received a call from the nurse telling her that he had blurry vision, leg numbness, nausea and vomiting, slurred speech, and he was sweating profusely. The scheduled MRI later that day showed Payton had suffered three strokes. An ambulance transported him to Children’s Health, where he underwent more tests as neurologist Michael Dowling, M.D., explained to Shanna that he thought her son had vertebral artery dissection.

“I asked Dr. Dowling to be very straightforward, and he was,” Shanna says. “I was scared to death, but at the same time relieved to know what was causing his symptoms. Most people don’t know about kids having strokes unless they’ve been through it.”

When turning his neck, as a bowhunter does when he aims before shooting an arrow, Payton had developed a tear in the wall of his vertebral arteries, blood vessels in the back of the neck that take blood from the heart to the brain. The tears occurred between the first and second vertebrae of the cervical spine, C1 and C2. C1 is the vertebra that connects the skull to the spine, as it holds the head in place. C2 is the vertebra that allows C1 to rotate and is responsible for most of the neck rotation. In children, there is increased head turning because of their immature neck and mobile musculature. When the turning occurs, the artery gets pinched between C1 and C2 and dissection can occur leading to stroke. 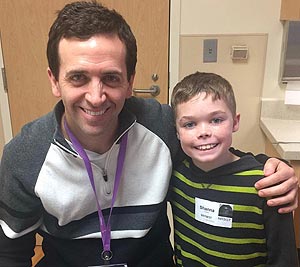 After eight days in the Intensive Care Unit, Payton went home on blood thinners to prevent strokes. Payton told his mom that he had times at school when he felt like a stroke was coming on, but the feeling only lasted a matter of seconds. Shanna called Dr. Dowling who said that if this happened twice in a row within an hour to come see him. A couple of months later, the stroke symptoms worsened and an angiogram showed narrowing of both vertebral arteries when turning the neck to either side. In May 2016, Payton underwent a C1C2 fusion with instrumentation, a procedure performed more than 50 times by Bruno Braga, M.D., neurosurgeon at Children’s Health.

In August 2016, Sarah, Jett's mom, noticed that he was off balance and had slurred speech during her older son’s birthday party. She gave him water, thinking he was dehydrated. He cooled off and played more, but later that evening he could not walk, talk or stand up and was sweating and vomiting. After a quick shower, Sarah got him cleaned up and back in bed. Sarah would later find out that the first set of symptoms earlier in the day were from two Transient Ischemic Attacks, or mini-strokes, and the second set were from a big stroke.

“At the time we didn’t have insurance, so we took him to the pediatrician the next morning where he was treated for dehydration and sent home,” Sarah says.

Later that day, Jett’s symptoms worsened and Sarah took him to the local hospital’s Emergency Department. A CT scan revealed a mass which the doctor thought could be a brain bleed, tumor or stroke, but he told Sarah stroke was the least likely cause. Jett was transported to a Children’s Hospital in Tulsa where an MRI determined he had suffered a stroke.

“They told us that since they didn’t have a pediatric stroke or neurology team, Jett would need to go to Children’s Health and a jet was on the way to pick him up,” Sarah says. “Our world was turned upside down that day. We were on an emotional rollercoaster.”

Nancy Rollins, M.D., Director of Neuroradiology at Children’s Health, performed a rotational angiogram which adds rotation to the head to each side to search for Bowhunter’s syndrome. Jett’s condition was confirmed, and Sarah learned he had suffered three strokes.

“Everything happened very fast, and the level of care we received was ten times greater compared to what we had been experiencing,” Sarah says. “We were scared about our fragile little boy, but Dr. Dowling was phenomenal in talking to us in a way we could understand.”

Sarah searched for information online and came across Pediatric Stroke Warriors, a Facebook support group Shanna had joined after Payton’s diagnosis. The founder connected the moms soon after Sarah joined, and they realized they had almost identical stories. The moms and boys began meeting when Jett came in town for appointments.

Sarah says they had complete confidence that Jett was in the right hands because Payton had gone before them. 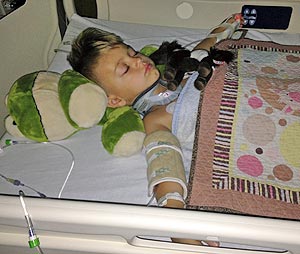 After two weeks, Jett went home on blood thinners and visited Children’s Health every four weeks for testing. In October, an angiogram showed compression of the left vertebral artery when turning the neck; the right vertebral artery had been shut down already by a severe dissection. Jett underwent surgery in December.

“We were extremely anxious,” Sarah says. “But God gave these doctors magical hands. All the staff at the hospital was awesome. Child Life not only helped Jett but they explained to my older son why his baby brother had to go through surgery and kept him occupied during the long day.”

The cervical fusion involves placing screws on the first and second cervical vertebrae and securing them with rods so they are locked together and no longer move one in relation to the other. If they no longer move, the artery does not get pinched and dissection does not occur. Dr. Braga also removed bone from the ribs and placed it between C1 and C2 to promote fusion between the two vertebrae and to avoid them to move in the future.

“The vertebrae are very small in these children and the site to place the screws is narrow and in between the vertebral arteries, nerve roots and spinal cord,” Dr. Braga says. “Misplacing the screws only one or two millimeters may damage the above structures and cause significant brain injury, hemorrhage or spinal cord damage. There are other risks such as chronic pain, infection, the need to remove the hardware and scoliosis.”

“I was overjoyed and relieved there was a procedure available to remedy Bowhunter’s syndrome,” Shanna says.

The boys are followed regularly by Drs. Braga and Dowling.

“I feel like we owe Payton’s life to these doctors as well as Dr. Rollins,” Shanna says. “They are all amazing.”

Dr. Braga says their prognoses are excellent and, since surgery, neither boy has had a stroke.

Since Payton cannot play football, his team made him an honorary coach. He also plays on the Angels baseball team.

Sarah says it has taken her a long time to process everything.

“I went through a time when I mourned what life would have been like since Jett can’t play football or ride bulls in the rodeo like he wanted to,” Sarah says. “But Jett loves being a farm boy.”

As soon as Jett gets home from school, he changes into a pair of jeans and boots and tends to Siri, his pet goat, and Sassy and Buddy, his horses. He keeps the farm running by putting out feed and hay, checking the baby calves and helping with the work cows. 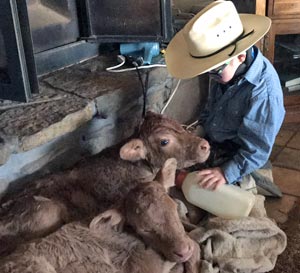 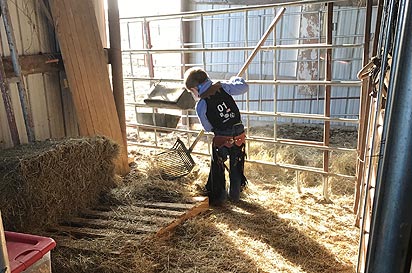 The silver lining through it all continues to be the strong friendship forged because of this rare condition. Jett recently spent time at Payton’s house during a visit to Dallas, and Payton plans to spend a week with Jett on his farm this summer.

“The boys are inseparable when we get together,” Shanna says. “They think it’s the coolest thing that they have matching scars on the back of their necks and ribs.”

“Jett and Payton will have a lifelong bond,” Sarah says. 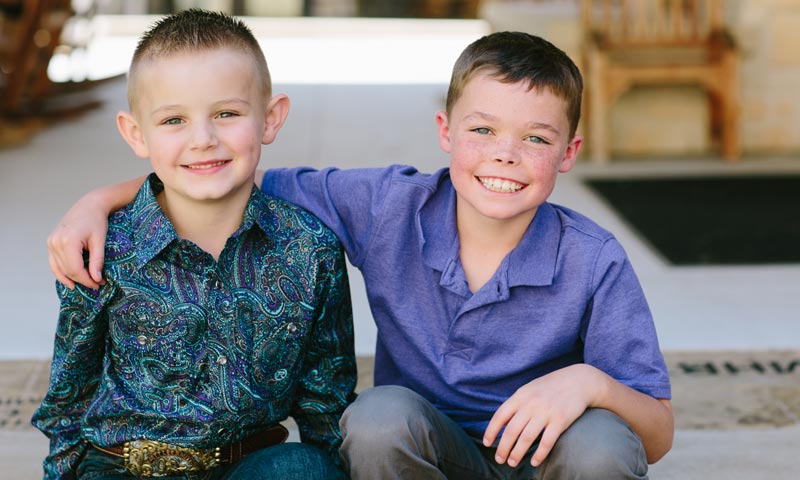