After months of stomach pain and unusual symptoms, Aidan was surprised with a diagnosis of type 1 diabetes

In the summer of 2018, 10-year-old Aidan began experiencing stomach pain on a regular basis. After several weeks, his aunt, Makaila, was concerned that his symptoms were getting worse. After a particularly difficult evening, she brought him to the emergency room in Texarkana in search of answers. 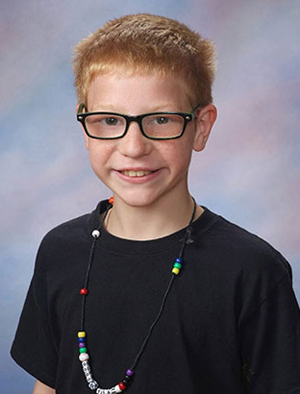 But unfortunately, there didn't seem to be an obvious answer. "The doctors assumed it was a virus and told us it needed to run its course before sending us home," says Makaila.

Over the next week, Aidan's symptoms grew worse, eventually causing him so much pain he couldn't get out of bed to go to school. Makaila brought him back to the hospital, but doctors again diagnosed him with a stomach virus and sent them home.

"At this point, I was getting frustrated," says Makaila. "I've had a stomach virus before, and I could just tell there had to be something else going on."

As the days went on, Aidan continued experiencing stomach pains, sometimes falling on the floor in pain because it was so intense.

A surprise diagnosis leads a family to Children's Health℠

In September, Makaila brought Aidan to the hospital a third time, desperate for insight into what might be causing him so much discomfort. During his visit, Aidan's blood work determined his white blood cell count was elevated. A CT scan suggested he had a telescoping valve in his stomach that was causing an obstruction in his small bowel – what doctors assumed was the culprit of his pain. Based on his condition, Aidan would need surgery to repair this condition, but he would need to go elsewhere for the procedure.

Aidan's doctor referred him to Children's Health, so that night, Makaila, Aidan and his three sisters made the three-hour journey to Children's Medical Center Dallas, where a care team was waiting for him in the Emergency Department.

"They had a room ready for us when we arrived, but Aidan was ultimately moved to a trauma room because his case was so severe," says Makaila.

Aidan's grandfather met the family in Dallas and remained by his bedside as nurses gave him fluids and doctors worked to assess his condition. However, within 30 minutes, instead of preparing Aidan for surgery as the doctors in Texarkana predicted, Aidan was diagnosed with type 1 diabetes. 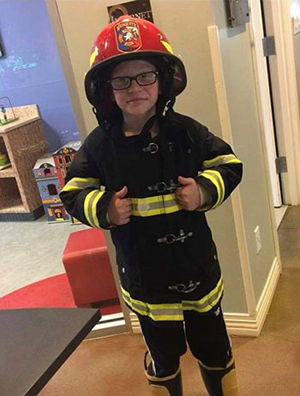 "I was in shock," says Makaila. "It certainly wasn't what we were expecting at all."

Aidan was immediately transferred to the ICU because he was experiencing diabetic ketoacidosis (DKA), a condition in which acid builds up in an individual's blood due to his or her blood sugar levels remaining too high for too long. In the ICU, Aidan and his family were introduced to Abha Choudhary, M.D., a pediatric endocrinologist at Children's Health and Assistant Professor at UT Southwestern. Dr. Choudhary placed Aidan on a continuous insulin drip to attempt to regulate his blood sugar levels over the next 24 hours.

"High blood glucose and ketones can cause severe stomach pains in patients, which can often lead to an initial misdiagnosis, like Aidan experienced at the hospital in Texarkana," says Dr. Choudhary. "But thanks to the specialized care we are able to provide at Children's Health, our team was able to quickly assess his symptoms and begin treatment as quickly as possible."

Aidan finds support and prepares for a lifelong journey

Once stabilized, Aidan was transferred to the Endocrinology unit where Makaila says the next step of his lifelong journey with type 1 diabetes began.

"We met with so many people – Dr. Choudhary, a nutritionist, a diabetes educator – to learn about counting carbs, how to give Aidan insulin and what signs to look for when his blood sugar might be high or low," says Makaila. "There was so much to take in, but the team just reminded us to take notes, ask questions and learn as much as you can."

Over the next several days, Aidan was monitored closely by Dr. Choudhary and the Endocrinology team while he and his family practiced administering his insulin and checking his blood sugar levels on their own.

"During one of my meetings with Aidan in the hospital, he asked me how long he would need to take the insulin shots," says Dr. Choudhary. "I told him that he would need to continue them until they find a cure. To which he replied, ‘Can you call me when that happens?'"

Aidan was discharged from the hospital after one week and returned home, ready to face his new normal.

At home, Aidan initially faced challenges adjusting to the new intense scrutiny over his diet and struggled to recognize the importance of monitoring what he ate.

"It was frustrating and hard for him to understand the limitations on what he could eat or the timing restrictions on when he could eat something," says Makaila. 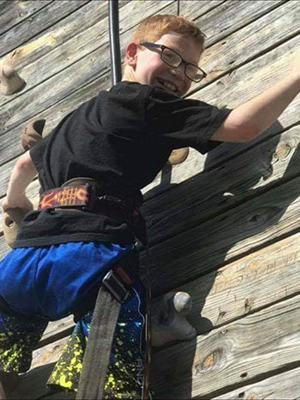 Over time, however, Makaila says it has become easier. Aidan and his family continue to monitor his blood sugar and diet like they had learned in the hospital and made adjustments as needed to his carbohydrate allowance per meal under Dr. Choudhary's guidance. His younger sisters even play a role in his care, often volunteering to search for the nutritional information for a particular food item when needed.

Today, Aidan is an active young boy who checks his blood sugar levels multiple times a day and takes insulin before every meal and at bedtime. Makaila says they are thankful for the resources available at Children's Health and for online support groups where families often share tips and words of encouragement with each other.

"I felt like we called the diabetes team all the time, especially the first month after Aidan was diagnosed," says Makaila. "It's comforting to know that they are there if we need them, and it's nice to know we're not alone."