{}
Could Understanding How the Stroma Regulates Kidney Development Lead To New Therapies For Kidney Disease?

Could Understanding How the Stroma Regulates Kidney Development Lead To New Therapies For Kidney Disease? 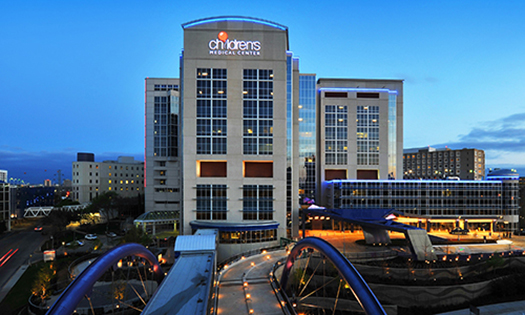 The kidney development field has historically focused on the roles of two main cell types – the ureteric bud and nephron progenitor cells – in the embryonic kidney. However, recent studies have demonstrated that stromal cells are also critical players in regulating normal kidney development. In 2013, UT Southwestern’s Tom Carroll, Ph.D., showed that stromal cells help regulate whether nephron progenitors differentiate or renew. This was a key revelation, because it had long been believed that kidney development was mainly governed by ureteric epithelium and nephron progenitor cells. “We now know that the stroma does far more than just hold things together, and in fact, provides critical signals that regulate the behavior of their neighboring cells,” says Keri Drake, M.D., Pediatric Nephrologist at Children’s Health℠ and Instructor at UT Southwestern.

Dr. Drake came here to build on her research by studying how stromal cell populations influence kidney patterning and development. As a first step, she and her colleagues are examining the roles of signaling pathways in the kidney stroma. Some of their preliminary findings have shown that blocking the stromal pathway leads to abnormal vasculature development.

“The kidney is highly vascularized with different types of specialized capillaries, but we still have a lot to understand about how this patterning forms,” Dr. Drake says. “It’s intriguing that you might need specific signals from the stroma to make a mature, fully functional kidney.”

For Dr. Drake, this research is part of a larger quest to transform treatments for congenital and genetic kidney disorders. Dr. Drake, a rising star in nephrology, joined UT Southwestern and Children’s Health in 2017, following a fellowship at Cincinnati Children’s Hospital Medical Center during which she participated in the Pediatric Scientist Development Program. She has received multiple research awards, including the Fellows Basic Research Award from the Society of Pediatric Research as well as the Early Career Research Award from the Children’s Clinical Research Advisory Committee.

The Pediatric Nephrology Division has several NIH-funded labs at Children’s Health, investigating everything from fetal hypertension mechanisms to the regulation of ion channels in renal tubular cells. Children’s Health is also home to one of the nation’s largest pediatric dialysis centers. We care for more than 60 kids with end-stage renal disease every year. This combination of world-class research and care led U.S. News & World Report to rank Children’s Health among the top pediatric nephrology programs in 2018-19.

Learn more about the nephrology program at Children’s Health