Combined with a healthier lifestyle, Addison has lost 100 pounds – and counting – after bariatric surgery at Children's Health

Growing up, Addison was always a little bigger than her peers. Still, she was a happy young girl, who enjoyed riding her bike, swimming and playing on a competitive softball team that won the World Series of the Midwest in 2012. 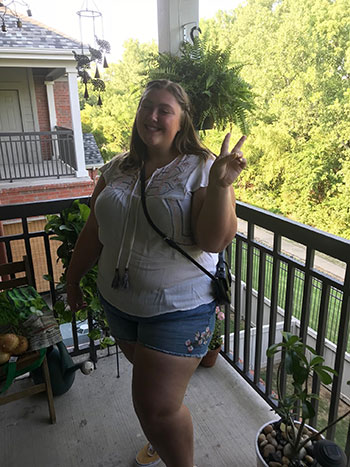 By the time she turned 16, however, Addison began experiencing chronic foot and ankle pain and had developed mild sleep apnea. Her primary care provider became concerned about the health implications caused by her extra weight, and started to suggest options to support a healthier lifestyle. At the same time, Addison's self-esteem had begun to suffer. The issue was exacerbated when she went uniform shopping before her junior year of high school.

"They only carried up to a size XXL in stock in store, but I needed a 4XL," says Addison. "I broke down in the store because it was embarrassing to need to have my school uniform custom made to fit me."

Under the guidance of her doctor, Addison and her family began exploring the possibility of bariatric surgery, but because of her age, many surgeons were hesitant to accept her as a patient. That's when she discovered the Children's Health℠ Bariatric Surgical Center.

Taking an active role in preparing for bariatric surgery

At her first appointment, Grayce O'Neill, PA-C, Bariatric Surgery Physician Assistant and Bariatric Program Coordinator, and Faisal Qureshi, M.D., a board-certified pediatric surgeon at Children's Health and Associate Professor at UT Southwestern, determined Addison would be a good candidate for bariatric surgery. But first, she would need to do some work to prepare.

"Patients have to follow our recommendations for significant lifestyle changes before and after the surgery, including calorie limits, increasing protein and incorporating exercise into their daily schedule," says Dr. Qureshi. "These lifestyle changes will directly impact the amount of weight loss they will achieve after surgery."

Addison changed her diet to include more green vegetables and lean protein and began walking 10,000 steps – or around 5 miles – each day. She entered all her foods into a fitness app and met regularly with O'Neill to track her progress.

By the time she returned for surgery three months later in September 2018, Addison had already lost 15 pounds and gained immeasurable confidence as her hard work was paying off.

"Leading up to my surgery, I felt a little scared and was concerned it wouldn't work for me," Addison says. "But as I saw that I started to lose weight even before surgery, I began believing I really could succeed."

Addison stays committed to a healthier lifestyle with confidence 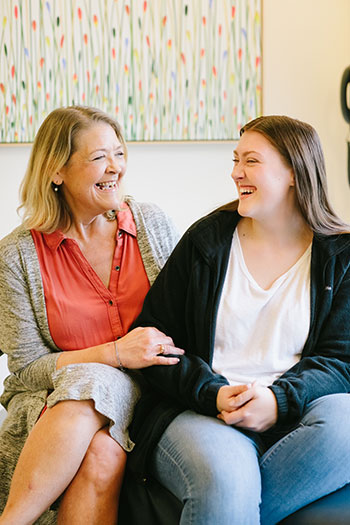 Addison's surgery went smoothly, and she went home the day after her surgery. At home, she followed a special liquid diet for the first few weeks and moved around often to prevent blood clots from forming as she recovered. By her post-op appointment two weeks later, Addison had lost an additional 20 pounds and was cleared for soft foods.

Addison remained committed to her healthier lifestyle, and by April 2019, just seven months after her surgery, she had lost more than 100 pounds, her joint pain was gone and she had no further symptoms of sleep apnea. She and her older sister, Katelyn, enjoy kickboxing classes twice a week, and her dogs Oliver and Buster keep her active with long, daily walks.

More than the numbers on the scale, however, Addison is walking taller and feeling better than ever. She is confident about her future. Another added benefit? She'll be able to purchase her senior blazer right off the rack next year – a simple act that carries great significance and shows just how far she has come.

The Children's Health Bariatric Surgical Center works with adolescents and their families to address the problem of obesity. We provide the medical, surgical, nutritional, emotional and social support necessary for successful outcomes for adolescents who are candidates for weight loss surgery. Learn more about our program.

The Children's Health Bariatric Surgical Center works with adolescents and their families to address the problem of obesity. We provide the medical, surgical, nutritional, emotional and social support necessary for adolescents who are candidates for weight loss surgery.

Our full range of weight management program options can introduce or reinforce healthier eating and exercise habits, now and over a lifetime.