While battling LCH, Miles and his family give back to raise awareness and funds for research

In May 2016 while at school, a daycare teacher noticed that Miles' ear was bleeding. Miles' mom, Stephanie, brought him to the pediatrician, who suspected Miles had ruptured his ear drum and prescribed a round of antibiotics. But after Miles continued experiencing unusual symptoms, his pediatrician referred him to an ear, nose and throat (ENT) specialist. The specialist believed there was excess tissue in Miles' ear canal that would need to be surgically removed.

In early June 2016, Miles underwent surgery to remove the tissue, but after inconclusive biopsies and continued bleeding from his ear, he was referred to a neurotologist at a pediatric hospital in Chicago, where his family lived at the time. After a thorough review of a previous CAT scan, a new MRI and an additional biopsy, Miles' doctor determined that the tissue was, in fact, a tumor.

Miles had a rare form of cancer known as Langerhans cell histiocytosis (LCH), believed to occur in 1 in 200,000 children. He was just 15 months old.

Treatments for Miles would include multiple rounds of chemotherapy and steroids. Stephanie and her husband, Jason, were also expecting their third child at the time and decided to move back home to North Texas to be closer to family and a broader support system. 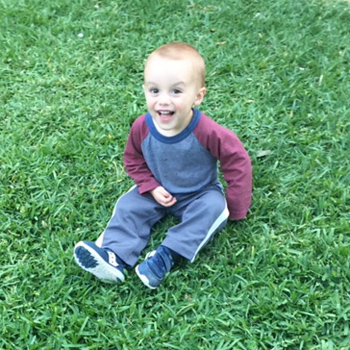 "We confirmed Miles' diagnosis on July 7, and by July 12, we were moving to Plano," Jason says.

Miles and his family soon met with experts in the Pauline Allen Gill Center for Cancer and Blood Disorders at Children's Health℠, located at Children's Medical Center Plano. By the end of July, Miles had begun his first round of outpatient chemotherapy and steroid treatments.

For the first several months, scans revealed that the tumor in Miles' ear had disappeared and the lesions in other areas in his body were significantly shrinking, giving his family hope that the medication was effectively containing the spread of LCH. However, by February 2017, new lesions began to appear on Miles' spine requiring a more aggressive approach. Miles began a new chemotherapy medication, but it made him sick. In May 2017, he switched to a third type of chemotherapy regime that required daily visits to the hospital for one week each month over the course of the next year.

The new treatment plan required Miles' port to be accessible during his week of treatment, which was challenging to manage for a then-3-year-old, and affected his immune system making him very vulnerable to infection. By May of 2018, new lesions had appeared in Miles' body, and his family and doctors realized it was time to explore a new treatment once again. 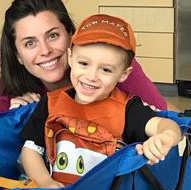 This time, however, Miles' family decided to take a three-month break from treatment, giving him a chance to experience childhood without the thought of impending doctors' appointments or hospital visits – if only for a short time.

"Within a year, Miles had already tried three different types of chemotherapy treatments and had 12 chemo shots and 27 chemo infusions," Stephanie says.

In the fall of 2018, Miles began an inpatient chemotherapy regime that required overnight stays in the hospital every other week while he received treatment. After eight months, the medication grew less effective, so in May 2019, Miles began another chemotherapy protocol, his fifth – a targeted inhibitor therapy that he could take at home each day as a pill. Though his family was grateful for the many positives this meant for Miles – less needle sticks, fewer hospital stays and more time at home – they also recognized that the new medication came with the potential for side effects that would need to be closely monitored by a team of experts. 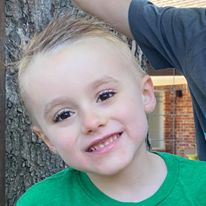 "Multi-focal LCH, that is, LCH which arises in multiple sites around the body, will usually respond to therapy initially, but frequently recurs," says Erin Butler, M.D, a hematologist and oncologist at Children's Health and Instructor of pediatrics at UT Southwestern. "While mortality is low in LCH, the rate of relapse and multiple relapses is unfortunately common. There is much about the biology of LCH that we still don't understand, however groups like the North American Consortium for Histiocytosis (NACHO) have developed collaborative, multi-institution therapeutic studies so that we can better understand and treat LCH in children."

Fortunately, Miles' inhibitor treatment seems to be effective and his scans have been, "almost perfect," Stephanie says. He'll continue to be monitored by Dr. Butler.

Giving back to help others

Stephanie is grateful that for most patients with LCH, the prognosis is good. Still, Miles has been going through chemotherapy treatments for four of his five years of life – and she appreciates that his care team understands the tremendous challenges he continues to face.

"Dr. Butler is easy to talk to, personally concerned for Miles and cares about advancing the research around LCH to determine what the best options are for him," Stephanie says.

Even with the support of his care team, given the nature of Miles' disease, Stephanie acknowledges it's been a challenging journey.

"There's not a lot of research out there about LCH protocols and treatments, so we've been forced to make decisions about his care with not as much information as we'd like," Stephanie says. 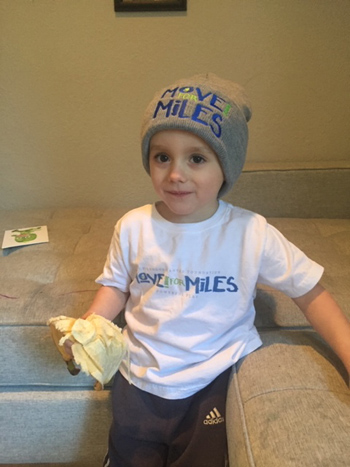 The need for more research – and a desire to support other families going through extended hospital stays – propelled Miles' parents to create a foundation to raise awareness and funds for childhood cancer research. Bearing their son's name, Move for Miles harnesses the power of play through special events and local partnerships aimed at raising money for research with a focus on rare pediatric diseases like LCH. To date, they have raised thousands of dollars for the Children's Medical Center Research Institute at UT Southwestern and have provided countless "sMiles" – ranging from kid-friendly activity packs to blankets and stuffed animals – to patients and families needing the comforts of home during their hospital stays.

"We originally started Move for Miles as an idea to support more research and provide more answers about treatment surrounding LCH," Stephanie says. "But as parents, especially when we have to stay overnight, we also realize how much the little things can mean for families, too."