When Jeremiah was hit by a car, the trauma team at Children's Health worked quickly to save his life

It was Saturday, November 21. Bridgett was walking along the sidewalk with her son, Jeremiah, age 9, and daughter, Rebecca, age 7, at an outdoor mall in Garland, Texas.

Suddenly, Bridgett noticed an elderly driver trying to pull into a parking space. The car was moving fast.

"Immediately, I knew something was wrong," remembers Bridgett. "When I turned to grab my children, the car jumped the curb and hit Jeremiah, throwing him up onto the hood as the car slammed into a wall."

Bridgett dropped everything and ran to her son, who was pinned in the wall. She laid him on the ground, and saw that Jeremiah was severely injured and in shock.

"His eyes were not blinking, and his chin was quivering," describes Bridgett. "I immediately cleared his airway as I prayed over him. I'm not sure how I knew to do this, but I kept talking to him to keep him awake."

Within minutes, paramedics arrived and loaded Jeremiah into an ambulance. A friend who happened to be there took Rebecca so Bridgett could ride with her son.

"I was in shock, too," recalls Bridgett. "I could hear paramedics in the back telling Jeremiah to stay awake and asking if he could feel anything. He said he could not, which I later realized was not good."

The paramedics quickly headed to the Emergency Department at Children's Medical Center Dallas – the only pediatric hospital in the region with a Level I Trauma Center.

"They explained we needed to go to a trauma center because your son is very critical," remembers Bridgett. "They said he may not make it."

A trauma team jumps into action to save Jeremiah's life

As their ambulance arrived at Children's Medical Center Dallas, a team of doctors and nurses lined the hallway, ready to care for Jeremiah. The trauma team is specially trained to handle critically injured children when every second counts.

"The doctors and nurses packed into the room and immediately started working on Jeremiah and taking vital signs," says Bridgett. "It didn't seem real."

Because Jeremiah's condition was so critical, he spent the next 40 days in the Intensive Care Unit (ICU) at Children's Health℠. On two separate occasions, an artery in Jeremiah's leg burst. Bridgett remembers a special ICU nurse – Curtis Dubke, RN – who happened to be in the room during both emergencies.

"Curtis did an awesome job of calling the team for help, while at the same time remaining calm," says Bridgett. With immediate care and blood transfusions, Jeremiah recovered from both incidents.

"What held us together was the excellence of these doctors and nurses," remembers Bridgett. "They were so good to us."

Compassionate care during a difficult decision 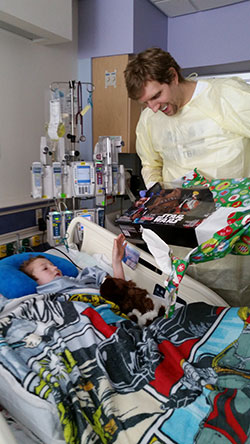 As Jeremiah bravely struggled to recover, the team worked to stabilize him. However, his road to recovery would be challenging. He was having serious bleeding problems, and the bones inside his leg were completely shattered.

Doctors did all they could to save Jeremiah's leg, but about one month after the accident, they made a tough decision.

"Basically, the doctor told me that it was Jeremiah's limb or his life, and that they needed to amputate his leg. Five doctors were in the room standing with him. I asked each one, ‘Is this what we have to do to save my son?'" recalls Bridgett. "And they each responded, ‘Yes.' So I told them to go ahead."

As devastated as she was, Bridgett will never forget the compassion of the doctors who performed the amputation: David Podeszwa, M.D., Philip Wilson, M.D., Christopher Derderian, M.D., Jonathan Cheng, M.D. and Brandon Ramo, M.D.

"They told me they really wanted to save my son's leg so he could continue running and playing soccer," remembers Bridgett. "They had so much compassion, and that meant the world to me."

Trauma Camp – an inspiring place to learn life without limits

After Jeremiah's leg was amputated, he had more procedures to address major issues with his kidneys and other internal organs damaged in the accident.

He's had 36 surgeries total, and a full recovery may take years.

To help him learn to live with his new reality, Jeremiah attends Camp Phoenix – a camp staffed by Children's Health team members and specifically designed for young trauma patients. 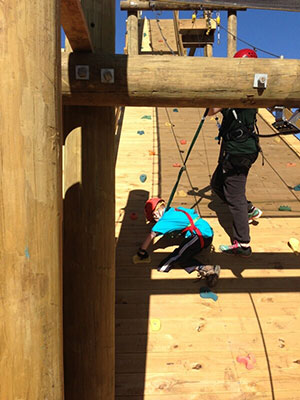 At first, Bridgett was afraid to let him go.

"They assured me that Jeremiah would be fine and that he needs to know he can still do things," says Bridgett. "And he can. He actually rock-climbed with his upper body strength, all the way to the top and rang a bell. They took pictures and texted, reassuring me he was fine."

One of the camp nurses who looks out for Jeremiah was actually on duty at the Trauma Center at Children's Medical Center Dallas the day of Jeremiah's accident.

"Trauma camp has been awesome," says Bridgett. "He's with people who have been there since the beginning."

What really amazes her is what Jeremiah told her when he arrived home after his first camp experience.

"He said, ‘You know, mama, I met a lot of kids who were in car accidents, and they're paralyzed now. I realize I could've had it much worse,'" she remembers. "To hear him say those words after what he's been through – and say that he feels blessed – is humbling."

Jeremiah has made lifelong friends at camp. What's more, camp counselors say that he has become a leader who other children look up to.

Through all the trauma, Jeremiah, now 13, has displayed an incredible attitude. He's active, enjoys jujitsu and is now a Boy Scout. 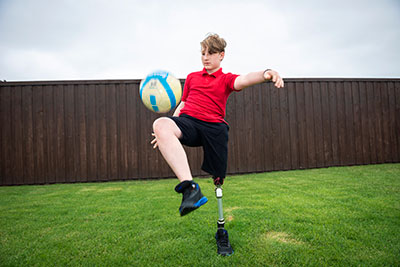 His mother says his strength and courage are a true blessing. "He actually told me the Lord has a purpose for him – to reach people with the story of how he survived when he could have died," explains Bridgett.

She's forever grateful for so many people – the first responders and trauma team at Children's Medical Center Dallas – who saved Jeremiah's life, and for the camp counselors who showed Jeremiah he can do whatever he sets his mind to.

No one is certain what lies ahead for Jeremiah's future, but Bridgett has high hopes.

"My hope is that Jeremiah will continue to be victorious and not a victim. I hope he remains happy and content and realizes he can be anything he wants to be. Because he's already endured more than others will ever go through in their lifetime. He's going to make it."

As the only pediatric Level I Trauma Center in North Texas, Children's Medical Center Dallas is ready to handle severe or life-threatening injuries. Learn more about our trauma center and emergency care.