An active teen manages his ulcerative colitis and prepares for adulthood

Thanks to the support of the experts in the IBD program at Children’s Health, Josh is still on the soccer field and preparing for college

When Josh was 13, he and a handful of his teammates got sick during a soccer tournament in Asheville, North Carolina. But while his friends easily recovered, Josh's symptoms worsened drastically over the next three weeks, causing him to miss school and lose a significant amount of weight. His parents, frustrated that his pediatrician couldn't determine the cause, made an appointment with a pediatric gastroenterologist in Chapel Hill, North Carolina, about one hour from their home in Wake Forest. After a colonoscopy, Josh was diagnosed with ulcerative colitis (UC), a type of inflammatory bowel disease (IBD) that causes ulcers and bleeding from the lining of the colon and rectum.

Though only a teenager, Josh was aware of the symptoms and challenges that come with a gastrointestinal disorder. For years, his father, Jack, has been managing his Crohn's disease, another form of IBD. His doctor enrolled him in a medication study, and with acute therapy, Josh’s disease eventually went into remission.

A move to Texas brings Josh to Children's Health

Josh's family soon moved to Texas and was referred to Ashish Patel, M.D., Director of the Southwestern Pediatric IBD program at Children's Health℠ and Associate Professor at UT Southwestern. After reviewing Josh's history, Dr. Patel determined it was in Josh’s best interest to continue with his current treatment at the time. However, after a couple of years Josh began having more relapses and prolonged symptoms, so Dr. Patel, Josh and his family decided to adjust his medication. 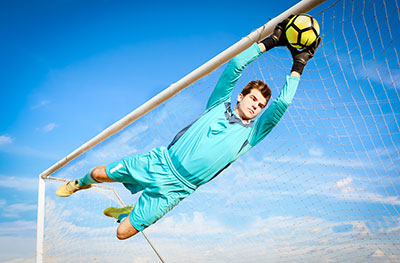 Though Josh hasn't had any prolonged hospital stays or major surgeries due to his condition, he has faced significant challenges in the five years since his diagnosis, missing school and work – sometimes for weeks at a time – due to his flare ups. But maybe one of the hardest obstacles he has dealt with as an active young man was having to cut back on the amount of time he spends on the soccer field, a game he has played and loved since he was 5 years old.

"I love playing soccer, and it was a huge part of my life until I was diagnosed," Josh says. "Since then, I've tried to keep it a part of my life, but unfortunately I've found that I can't compete at the level I want to without having a flare up at some point."

Though Josh was forced to stop playing elite soccer his junior year, he was still able to play for his school team and enjoyed a successful senior year as the team's goalie.

"Thankfully, my coaches and teammates have been very understanding," says Josh. "And with the help of Dr. Patel, I was able to continue playing for my school." 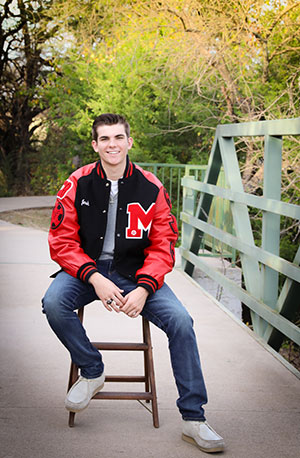 As Josh has gotten older, Dr. Patel and his GI team, which includes a dietitian and child psychologist, have begun preparing him to transition out of pediatric care.

"Over the past year, Dr. Patel has helped me prepare for when I will meet with my next doctor as an adult," Josh says. "He started talking about my treatment with me first, instead of my parents, and my parents have been less involved in decisions."

Today, Josh is doing well and has been gaining weight for the past eight months. He says he has had very few "bad" days and is looking forward to this summer, when he'll travel back to North Carolina to celebrate his 18th birthday water skiing, boating and playing Xbox with his best friend before he begins college in the fall to pursue a career in coaching and sports management.

Ranked among the best in the nation by U.S. News and World Report, the Gastroenterology department at Children's Health is home to the Southwestern Pediatric Inflammatory Bowel Disease (IBD) Program, a leading multidisciplinary program of excellence in the care of children with IBD. Learn more about our program and services.