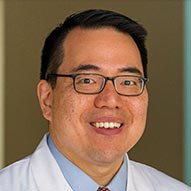 Dr. Park earned his medical degree at Thomas Jefferson University in Philadelphia and was a pathology resident and chief resident in the Department of Pathology and Laboratory Medicine at the Hospital of the University of Pennsylvania. After residency, he was a clinical fellow in gastrointestinal and liver pathology at Johns Hopkins Hospital in Baltimore. He has published more than 50 journal articles and book chapters. He has 11 issued U.S. patents and two pending U.S. patent applications.

Dr. Park is a member of the Scientific Advisory Board for Fujirebio Inc. His clinical and research interests are in the development of clinical laboratory technologies with a focus on pediatric and gastrointestinal diseases.