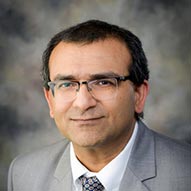 Dr. Dinesh Rakheja is the director of Pathology and Laboratory Medicine at Children's Health℠. He is also an associate professor of pathology and pediatrics and the chief of Pediatric Pathology at UT Southwestern Medical Center, where he holds the John Lawrence and Patsy Louise Goforth Distinguished Professorship in Pathology.