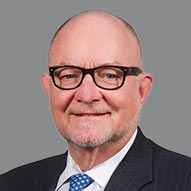 Alton G. McWhorter is originally from Jackson, Mississippi, and attended dental school at the University of Tennessee in Memphis. After practicing general dentistry for several years, he returned to school to specialize and earned a Certificate in Pediatric Dentistry and a Master’s of Science from Baylor College of Dentistry in Dallas. He practiced pediatric dentistry full time for two years before returning to Baylor to join the faculty in 1986. He is currently a professor in the Department of Pediatric Dentistry and serves as chairman. He has also published articles and abstracts in peer-reviewed journals on a variety of topics.

He plays an active role in the college and serves on numerous committees, as well as acts as mentor or committee member for graduate thesis and certificate projects. He has served as executive director of the Texas Academy of Pediatric Dentistry and currently has a similar role with the Paul P. Taylor Association of Pediatric Dentists, the alumni organization of the Baylor pediatric dentistry graduate program.

He is a Diplomate of the American Board of Pediatric Dentistry and practices one half day a week in Rockwall.