Katrina, a 16-year-old from Cleburne, Texas, is mature beyond her years. Like many kids who live with a life-threatening health condition, Katrina knows more about managing medications and hospital stays than someone her age should. 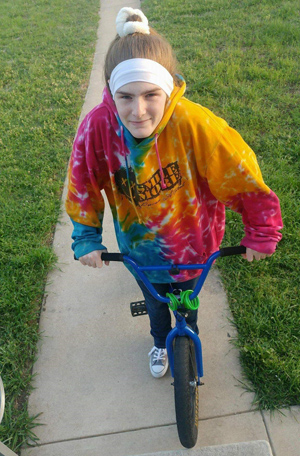 Katrina's maturity was fast-tracked when she was diagnosed with heart failure in 2017. Before then, she was a healthy, active child who loved rollerblading and playing tennis. The only sign she might have a health issue developing were occasional fainting spells.

"They were so random and would last for a split second," says her mom Maria. "She'd hit the floor and get right back up."

Doctors had no explanation for them. But when Katrina fainted again on Thanksgiving in 2017, a trip to the ER and an EKG finally uncovered the cause.

Katrina had third-degree heart block, which slows down or blocks the electrical signals that tell the heart to pump. Katrina received a pacemaker, which is like a backup electrical system that reminds the heart to beat if it slows down.

Unfortunately, Katrina's heart condition didn't improve. In fact, it got worse and the family learned that she was in severe heart failure. After more appointments and seeing that her heart was not getting stronger, Katrina and her family learned the next step was likely a heart transplant.

"That drive home was the first time we had to talk about transplant – what it means and how you get one," recalls Maria. "We were in shock."

Katrina's condition stabilized over the next few months, but her doctor referred her to The Heart Center at Children's Health℠ because she would eventually need a transplant. Her initial transplant evaluation was scheduled for January 2019.

But during the holidays, Katrina's condition suddenly took a turn for the worse. She struggled to breathe, making it hard to walk and sleep. She developed the flu, pneumonia and respiratory syncytial virus (RSV). Tests showed that her heart function was life-threateningly low, and she was admitted to Children's Medical Center Dallas.

A VAD brings a turning point for Katrina 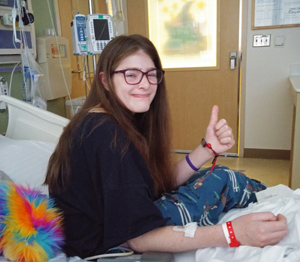 Physicians at The Heart Center told Katrina she would need a ventricular assist device (VAD) in order to heal. The VAD would keep Katrina's heart working while she got stronger and healthy enough for a transplant.

"In certain situations, VADs offer a patient the chance to heal their body from signs and symptoms of heart failure, like weakened muscles or poor nutrition," says Ryan Davies, M.D., Surgical Director of the VAD and Heart Transplant program at Children's Health and Associate Professor at UT Southwestern. "The VAD keeps blood flowing to their body that their heart can't, while they get stronger and healthier."

Katrina and Maria felt confident about their next step, thanks to the medical team. Before surgery, a steady stream of people stopped in to talk with them and answer their questions about the device. Dr. Davies, the cardiothoracic surgeon who would be implanting Katrina's VAD, paid them a visit, too.

"He came in with a VAD, showed it to us and explained what it does and how it works," says Maria. "Everyone explained everything to make sure we felt okay with what they were going to do. They made us feel like they care."

Our experience with Children's Health has been overwhelmingly amazing. I love this place.

"Our experience with Children's Health has been overwhelmingly amazing," says Maria. "I love this place."

She says Katrina's recovery after the surgery was all about taking baby steps. And a year later, it still is. 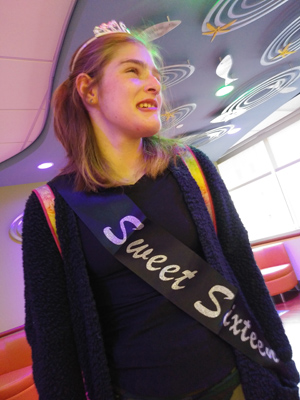 "We go to the gym, and she walks at least a mile. She's building her endurance and speed a little bit at a time and gets a little bit stronger every day," Maria says.

Katrina wants to use her strength in other ways too.

"She wants to help other kiddos going through this, to let them know it's going to be okay," says Maria.

She does this by encouraging her fellow patients through the day to day. And looking towards the future, Katrina is making plans to keep helping kids like her by becoming a VAD nurse.

With the only pediatric ventricular assist device program in North Texas, the Heart Center at Children's Health is pioneering ways to make more advanced cardiac technologies available to small children. Learn more about our Cardiology program and services.

As the only pediatric transplant and ventricular assist device (VAD) program in North Texas, our experienced team is turning heart failure into heart function.

The Heart Center at Children's Health provides expert diagnosis and treatment for all pediatric heart conditions. From fetal diagnosis to adult congenital care and heart screenings to heart transplants, we are pioneering the latest innovations in cardiac care.