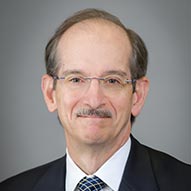 Dr. William Scott is the director of cardiac electrophysiology at Children's Health℠ and a professor of pediatrics at UT Southwestern Medical Center.

He earned his medical degree at Indiana University School of Medicine, and his postgraduate training included an internship and residency in pediatrics at Indiana University/James Whitcomb Riley Hospital for Children. Dr. Scott completed his pediatric cardiology fellowship at the University of Michigan/C.S. Mott Children's Hospital, and he also has a master’s degree from the School of Public Health at the University of Michigan. He is a Fellow of the American Academy of Pediatrics, the American College of Cardiology and the Heart Rhythm Society.

Dr. Scott's specific area of expertise is cardiac electrophysiology (arrhythmias) with a special interest in prevention of sudden cardiac death. He established a comprehensive program for the management of children with arrhythmias upon his arrival and has directed that program since its inception.

Dr. Scott’s research interests are focused on advancing non-invasive technology to diagnose and manage children with congenital and acquired heart disease. He has authored many peer-reviewed articles and book chapters and has helped oversee a collaborative grant from the state of Texas to evaluate the feasibility of screening school-age children for unrecognized heart disease.