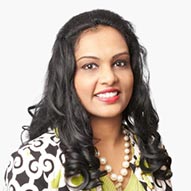 Sailaja Golla, M.D., was drawn to medicine because it would give her the ability to help others, but it was her interest in the brain and how it develops that led to her career as a pediatric neurologist specializing in Autism Spectrum Disorder. “I find this challenging work extremely rewarding,” says Dr. Golla. “Every day, I work to help change the life of children with neurodevelopmental disabilities and develop plans to help successfully guide them into adulthood.”

As a pediatric neurologist at Children’s Health, Dr. Golla manages a number of multidisciplinary clinics including the Rare Autism Variants clinic, Fragile X Syndrome clinic, a Post Extracorporeal Membrane Oxygenation (ECMO) clinic and the Pitt Hopkins Syndrome clinic, (Pitt Hopkins clinic is one of only three such clinics in the country). The Post-ECMO clinic is also one of the few in the nation and was uniquely developed by Dr. Golla at Children’s Health in collaboration with ICU and NICU physicians.

Dr. Golla is an assistant professor and Associate Program Director in the Division of Child Neurology at UT Southwestern and the Center for Autism and Developmental Disabilities at Children’s Health where she helps train medical students, residents in pediatrics and neurology and fellows in child neurology, neurodevelopmental disabilities and psychiatry. She also co-directs an annual education conference for physicians titled ‘New Frontiers in Pediatric Neurology.’

Dr. Golla earned her medical degree at Vijayanagar Institute of Medical Sciences. She completed her residency in pediatrics at Brooklyn Hospital Center and The Women & Children’s Hospital of Buffalo. She completed additional training in pediatric neurology and neurodevelopment disabilities training at UT Southwestern, where she won the Leon Weisberg Award for outstanding research manuscript as a resident. She is the first graduate from the Neurodevelopmental Disabilities program at UT Southwestern Medical Center, one of only eight such training programs in the country. She is board-certified by the American Board of Psychiatry and Neurology in neurology with special qualification in child neurology.

Dr. Golla has lectured and presented on autism, genetics and pediatric neurology at numerous national conferences and meetings. She has also authored multiple textbook chapters on neurologic conditions. She has been invited to be a panel advisor for Rare Disease Research Network and serves on the International Affairs Committee at the Child Neurology Society.

Dr. Golla is an active researcher. She is a site investigator for national, multicenter clinical trials examining possible new medicines for autism and autism variants like Fragile X syndrome. She has published research on the molecular characteristics of autism mutations and mitochondrial disorders. As part of her management of the ECMO clinic, she is studying the long-term neurodevelopmental outcomes of children who received ECMO and children with congenital heart disease. She has been widely published, including in the Journal of Clinical Neuromuscular Disease and Neurology Genetics.

“I strongly believe that the development of new medicines, new procedures and new technologies is possible only when you have a passion for research,” says Dr. Golla. “Without clinical research, we would not be able to know if these new treatments can help children with neurodevelopmental disabilities.”

Dr. Golla participates with many parent associations, including Autism Speaks and the Pitt Hopkins Foundation, helping teach parents and patients more about their conditions. She also supports community events like Stephanie’s Day, Autism Speaks Walk and the Fragile X Foundation.

Her expertise has earned her recognition, including the America’s Best Physician award from the National Consumer Advisory Board, the Texas Super Doctor Award and the She Mom-Approved Doctor Award for the DFW North Texas area.