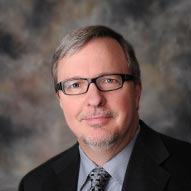 Dr. Bryan Dickson has served on the medical staff in the pediatrics department at Children’s Health℠ since 1990. “I knew in my first week of working with pediatric patients that was what I wanted to do,” he says. “You get to hang out with and take care of kids all day. And the bond you develop with the kids and their families – there’s nothing else like it.”

Two of the people who influenced Dr. Dickson the most were pediatric endocrinologists; he now holds his own certification in pediatric endocrinology and serves as the clinical director of the Endocrinology Center at Children's Health. “There is a lot of genetics and science involved in endocrinology,” he says. “Some of these kids have very interesting and rare conditions. I truly believe in doing what I can to make life better for them.”

Treating chronic conditions, in Dr. Dickson’s opinion, requires a family-centered approach to care. “When treating a new-onset diabetic patient, we invite all family members who will participate in the child’s care to be part of the team,” he says. “Our educators do an amazing job, and all of our educational materials are available in Spanish. Our nursing staff is incredible, dedicated and tireless in making the kids their primary focus. We’re also proud to be the first diabetes program to be certified by The Joint Commission.”

Dr. Dickson has been recognized among top doctors in Texas by Texas Monthly magazine every year since 2006 and among the best pediatric specialists in Dallas by D Magazine since 2004. He is also a professor of pediatrics at UT Southwestern Medical Center.

He received his medical degree from the University of Texas Health Science Center at San Antonio, which is also where he completed his pediatric residency program. He continued his training with two endocrinology fellowships, one at the University of Texas Health Science Center and the other at Cincinnati Children’s Hospital Medical Center. In addition to being certified in pediatric endocrinology, he is also board certified by the American Board of Pediatrics.

His professional affiliations include:

Dr. Dickson has conducted or participated in multiple clinical trials to help find cures for pediatric endocrine diseases. He has also lectured at local, regional and national conferences and written numerous articles for peer-reviewed publications.

From 2000 to 2009, Dr. Dickson served as the medical director of Camp Sweeney, the largest diabetes camp in the United States. He has also worked as a volunteer physician at two American Diabetes Association camps and at Camp Sweeney.

Dr. Dickson loves to travel with his wife of 31 years, and enjoys photography, woodworking and building furniture. He also builds computers for gaming. “Computers and gaming really connect me to the kids I treat,” he says.

He loves his work. “Being able to work at Children’s Medical Center is a privilege,” he says. “I’ve seen it grow a lot over the years. The fact that I’ve been here this long and been able to serve the community is amazing.”